"Beyond the Hills": A lesbian exorcism in the middle of nowhere 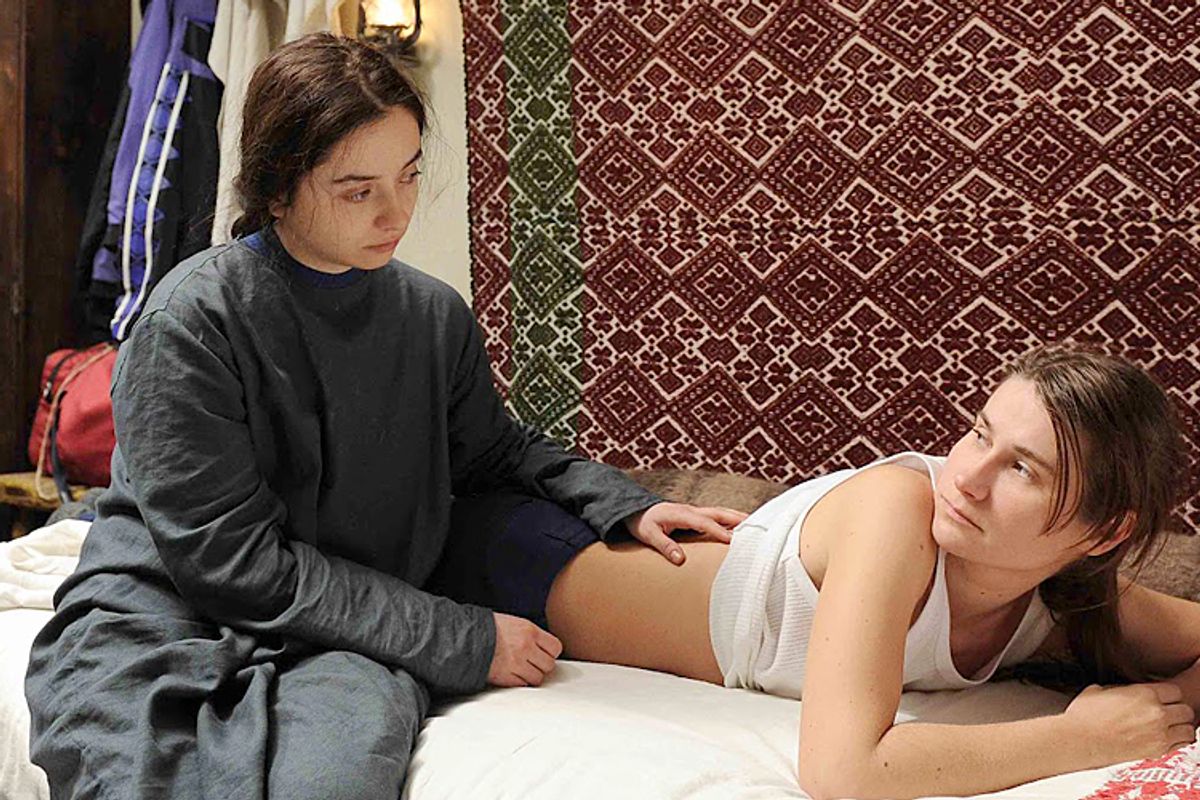 An intense and mesmerizing fable of misguided faith, thwarted romance and confused sexuality set in a remote Christian convent, “Beyond the Hills” is a long way from being an easy or conventionally uplifting viewing experience. But if you can adjust to its long, observational takes, deliberately slow pace and refusal to answer normative plot questions about good and evil or crime and punishment, this new feature from Romanian director Cristian Mungiu will stick with you as one of the year’s most powerful films.

Mungiu almost single-handedly put Romanian cinema on the global map with his 2007 abortion drama “4 Months, 3 Weeks and 2 Days,” which won the Palme d’Or at Cannes and went on to play virtually everywhere in the world. There are definitely similarities, both cinematic and thematic: “Beyond the Hills” also has two young female protagonists, struggling against institutions that refuse to recognize their agency, and seeks to strike a balance between naturalistic social drama and elements of thriller or potboiler. But hinting that “Beyond the Hills” has echoes of “The Exorcist,” or of Michael Powell and Emeric Pressburger’s 1947 “Black Narcissus,” while technically correct, is at least a little misleading. Mungiu makes fewer allowances for the expectations of general audiences this time out; this is a 150-minute film calibrated to make you feel the arduous conditions of its setting and the loneliness of its characters. (On first viewing, I did wonder whether it could or should have been shorter -- but then it'd be a different kind of movie.)

That setting is a remote Orthodox Christian convent in rural Moldova, a landlocked nation between Romania and Ukraine that may well be the most backward part of Europe. (Note to the Moldovan consulate: I’m happy to accept other nominations.) Our principal characters are Alina (Cristina Flutur) and Voichita (Cosmina Stratan), two young women who have apparently been lovers since their teen years together in an orphanage. Neither Flutur nor Stratan had ever acted in a film before – Mungiu reportedly cast Flutur based entirely on her Facebook page. Alina’s been away in Berlin working as a barmaid, and while she presumably could’ve had lots of opportunity to try out new girlfriends there, she’s come back home to rescue Voichita from a life of ascetic deprivation. Problem is, Voichita’s not so sure she wants to be rescued; she’s fallen under the sway of a stern but charismatic priest (Valeriu Andriuta) and the convent’s mother superior (Dana Tapalaga), and is now a novice nun planning to devote herself to the Lord.

While “4 Months, 3 Weeks” had considerable thriller-style plot momentum and narrative stakes that were easy to understand, “Beyond the Hills” is a rougher construction, clearly on purpose. One could say that the film is about something very simple, a turning point in an intimate relationship that shouldn’t have been anyone else’s business. Maybe Voichita has decided she’s not gay after all, or just that she’s not so much into Alina. Maybe the story isn’t about sexuality at all, but just one of those moments we’ve all experienced when two young people who’ve grown up together begin to drift apart. Maybe Voichita is in love with the priest, as Alina suspects, and maybe her newfound religious passion is entirely genuine. (Those things are not mutually exclusive.) At first the idea that Alina’s reckless and rebellious behavior is caused by demonic possession seems like a metaphorical way of talking about the unmentionable specter of homosexuality – but after that, everybody involved, including Alina, seems to embrace it.

Mungiu based the script for “Beyond the Hills” on two “nonfiction novels” by Romanian journalist Tatiana Niculescu Bran about a real-life exorcism case that led to tragic consequences. It might have been easier, and more satisfying for some viewers, to draw a binary equation: Evil religious hypocrites over here, oppressed sexual rebel over there. Indeed, that may be a correct reading of the situation, but in this austere, meticulous and often harrowing slow-motion tragedy (photographed by Oleg Mutu, who has shot almost every film of the “Romanian New Wave”) even the villains are presented with sympathy. Andriuta’s priest does not want to harm Alina, and at crucial moments Alina becomes an instrument of her own oppression. If there’s a lesson to be drawn from this bleak fable – with its typically Romanian shaggy-dog ending – it’s a universal one: We can almost never see the ideological structures that imprison us until it’s too late.

“Beyond the Hills” is now playing in New York and Los Angeles, with more cities to follow. It will be available nationwide on VOD this week, via cable, satellite and online providers.