The party's over. That cloud of white smoke announces that the Vatican has chosen our new leader 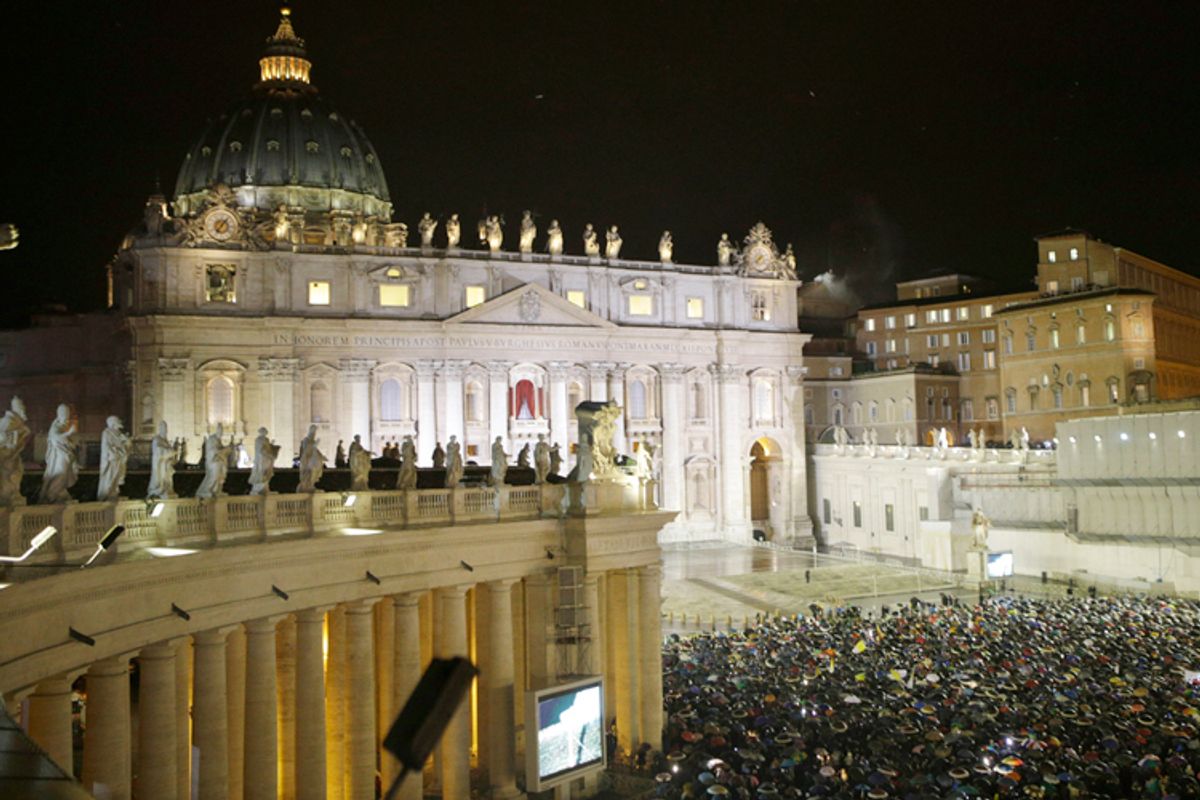 White smoke billows from the chimney on the Sistine Chapel indicating that a new pope has been elected in St. Peter's Square at the Vatican, Wednesday, March 13, 2013. (AP/Andrew Medichini)
--

Dear non-Catholics: Do you remember what it was like when the teacher was out and you had a substitute? Remember "Risky Business"? Don't tell anybody, but that's how we Catholics have been behaving the past few days, ever since Benedict XVI stepped down and until this afternoon. So now you know. Empty chair in Rome plus all the cardinals out of town equals partying like we're Protestants.

It's been a fun rumspringa. We popeless hordes spent this past Friday eating roast beef like it wasn't even Lent. We've been forgetting every word of the Nicene creed. We've had impure thoughts. So, so many impure thoughts. We've worn black patent leather shoes that gleamed right up to our underpants. We might even have been gay for a few minutes there on Saturday. Talk about your joyful mysteries. We haven't rocked like that since 2005, and before that, 1978. (Remember that, the year we had two popes? And it was the disco era? We'll be in purgatory a long time for that one.)

But now, with the emergence of white smoke from the Vatican – which, by the way, tells you exactly how metal we Catholics truly are – it's back to business. We hope the new guy is all right, tough but fair. We hope the Cardinals don't notice how much sacramental wine is missing, and that they buy it when we say the True Cross was always splintered like that. Coming soon: the ensemble comedy based on our adventures. It's called "POPE BREAK." So thanks for the good times, everybody. And see you again in 10 years or so. I'll bring the incense.