Gay rights didn't matter to Rob Portman, Dick Cheney and these other politicians and celebs -- until it hit home 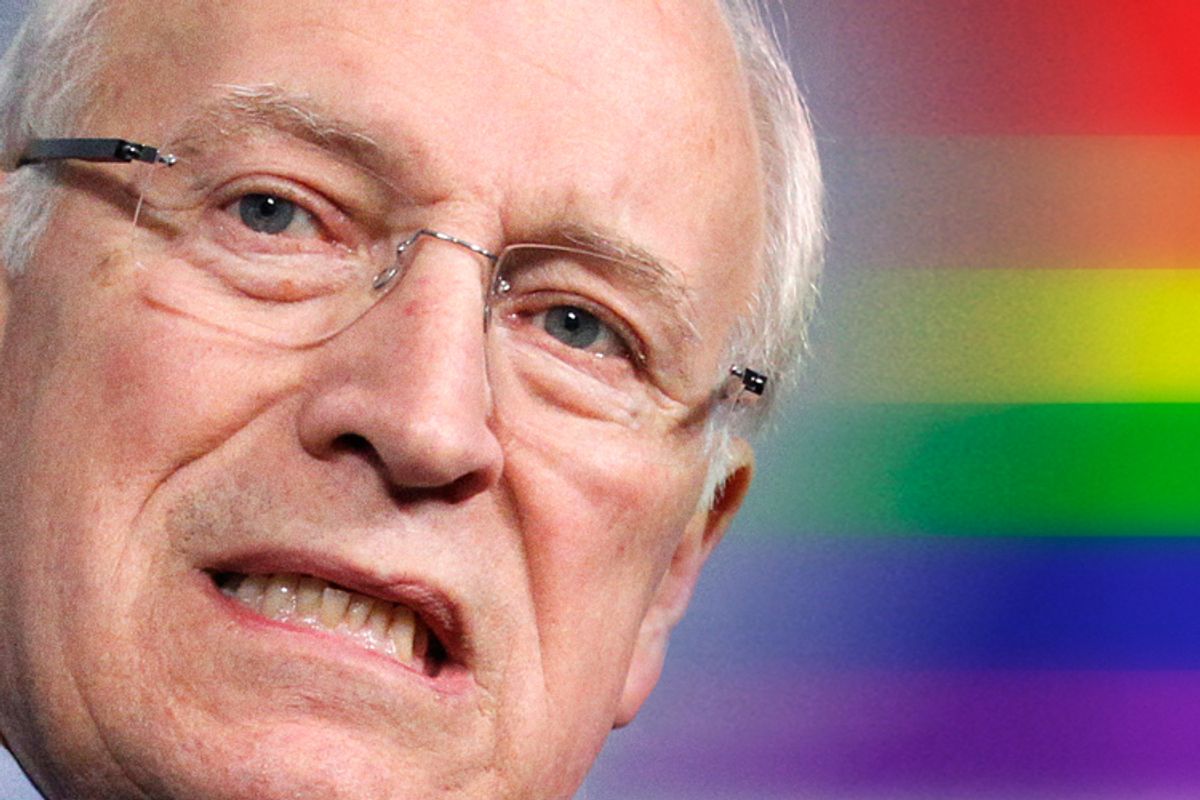 Ohio's Rob Portman made headlines on Friday as the first sitting Republican senator to back marriage equality in the Senate. But like so many other conservative lawmakers before him, the senator didn't think much about the rights of gays and lesbians until the issue got personal.

For Portman, it was his 21-year-old son coming out as gay that "allowed" him to see the issue as a "dad who loves his son a lot and wants him to have the same opportunities that his brother and sister would have -- to have a relationship like Jane and I have had for over 26 years.”

And just like that, Portman joined the ranks of the men and women who only realized that gay rights were important when their absence affected someone they love. Let's call it the "gay kid convert" club; the Dick Cheneys, the Jon Huntsmans -- and yes, even the Barack Obamas -- who, after years of silence or fierce opposition, came around to equal rights through a gay child, friend or a close colleague.

Here's a look at Portman and others who changed their tune when gay rights came home.

Think someone is missing? Leave their name in the comments.