It's a hard time to be a homophobe 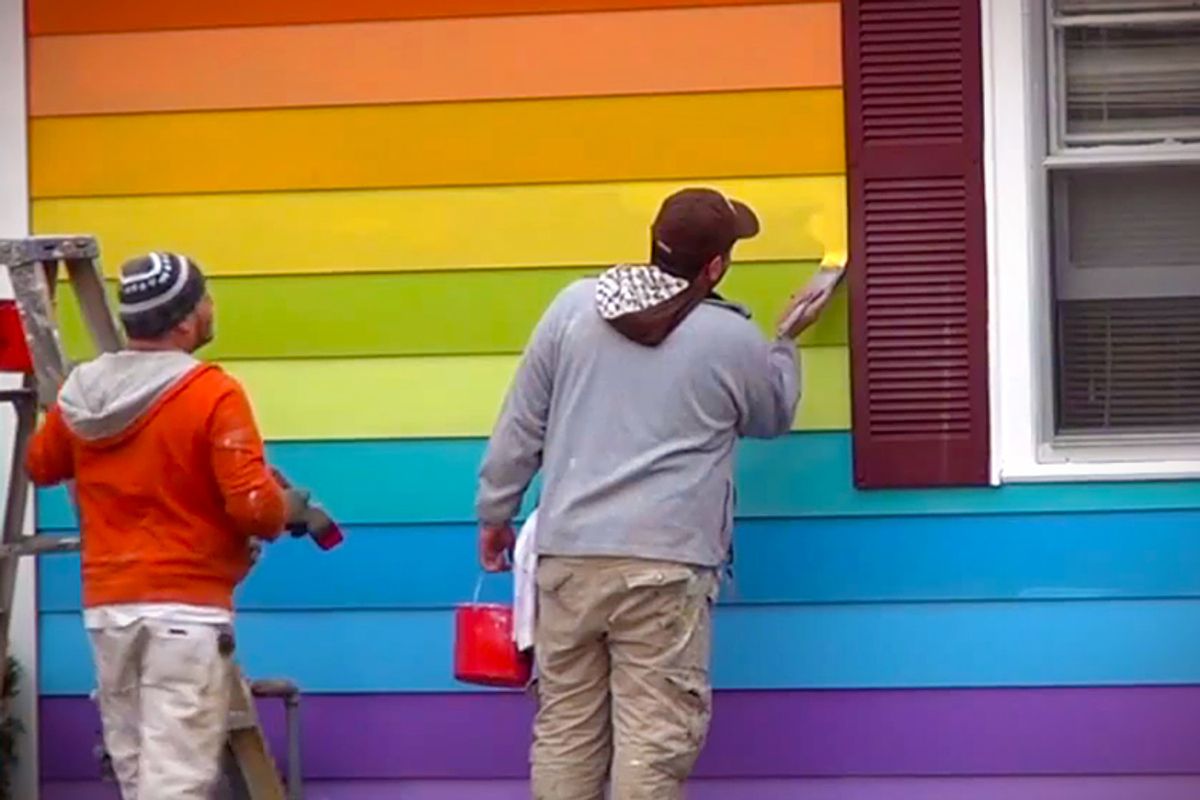 If you want to be a bigmouthed bigot, hey, it's a free country. Just take a few lessons from what's happened to your fellow homophobes this week. Intolerance just isn't as tolerated as it once was.

Let's say, for example, you're a folk singer with a once-strong lesbian following who peaked in the late '80s. Let's say you went all "born-again, sanctified, saved-in-the-blood Christian" a few years back. Then let's say you show up for a gig in San Francisco, a town that is known for being, oh, on the gay-friendly side, at a gay-owned club called Yoshi's. And you reportedly start talking about how you're afraid that the world will be destroyed if gays are allowed to marry, and cap it off by telling the audience "You can go on Twitter and say 'Michelle Shocked says God hates fags.'"

Perhaps you were being a little cheeky there. After all, anyone who calls herself Shocked must have a talent for pushing buttons. The whole "God hates fags" thing isn't always a crowd-pleaser, though. What happened next was immediate and unambiguous. Because the audience members did indeed take your advice to heart. Most of them walked out on the spot, and word of your tirade got around pretty quickly after that. Yoshi's patron Matt Penfield told Yahoo this week that to watch your performance in San Francisco was to be in the presence of "someone who is clearly having a breakdown," an unfortunate update for a person who's spoken in the past of her mental health battles. And yet, you clearly thought you could just go on with the show. Were you surprised, then, when the club cut off your microphone and turned out the lights? Did you guess that being the self-appointed "world's greatest homophobe" would cause such a swift change in your travel plans? On Tuesday, Billboard confirmed that 10 out of your next 11 tour dates have been canceled. When Meander's Kitchen in Seattle 86'ed your scheduled show there next month, it specifically referenced your "homophobic performance in San Francisco last night." You're still booked for Madison's Harmony Bar, but a source from the club says the owner is out of town, so you may not want to get your heart set on seeing the wonders of Wisconsin any time soon there, either.

Maybe the time off will be good for your spirit, if not your bank account. But if you're looking to rest somewhere in the bosom of God Hates Fags ground zero, you might want to reconsider taking a room with a view in Topeka, Kan. This week, activist Aaron Jackson and a group of volunteers descended on the town to paint a house Jackson purchased a few months ago. They covered the siding in gay pride rainbow stripes and christened the building Equality House. It's located across the street from the Westboro Baptist Church headquarters. Jackson told Gawker this week, "Right now we are standing up to bigotry and promoting equality." Inventively, he's doing it one Benjamin Moore color at a time.

That's how it's done. It's about letting the bigots know that there are plenty of us out there who don't approve of your message. It's about not just sitting back and quietly shrugging it off when you spew your vitriol. It's about taking a stand. It's about meeting hate head on, confronting it and calling it out. And while maybe a slew of canceled concert dates or a rainbow-colored house across the street won't open your heart or change your mind or heal whatever is going on inside you, it accomplishes something else. It tells the world just how ugly, just how irrelevant, just how sad and strange your frightened views are. It says that whenever you say that God Hates Fags, we're listening to you, loud and clear. And this is our answer.