"The Real World" or the Reality TV World?

"The Real World: Portland" shows just how much reality TV has changed us 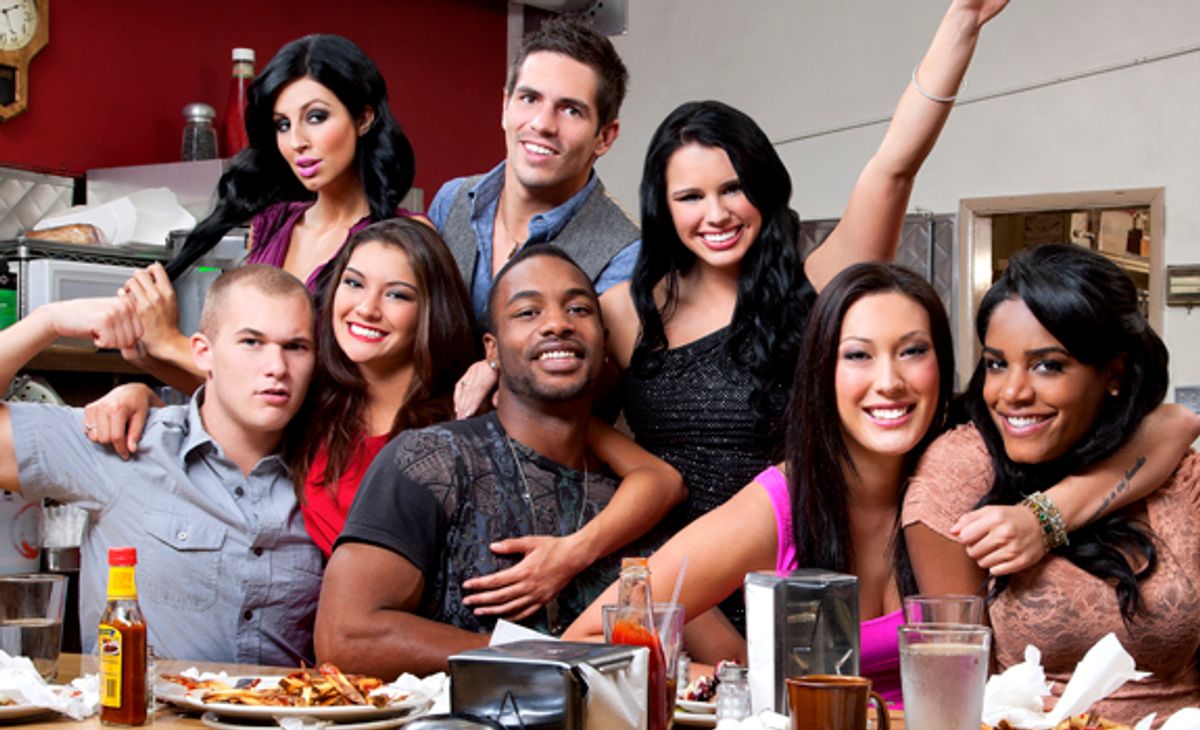 The 28th season of "The Real World,” this one set in Portland, Ore., began on MTV last night. The latest iteration of the show is exactly as you would expect: seven attractive strangers getting drunk in a house for three months and all the copulations, misunderstandings and fistfights that accrue. But if this installment of “The Real World” is stagnant — as reliably and crassly entertaining as the 10 or so seasons that have preceded it — when you take all 28 seasons of “The Real World” together, it's a document of change: the way MTV has changed, the way the viewing audience has changed, and the way that the participants — a swath of college kids in America — have changed by embracing reality television.

When the show began in New York in 1992 it had earnest, anthropological intentions. Get a diverse group of people in a house and see how they rub up against each other. The participants all had career ambitions, ambitions other than being famous or sucking on “The Real World-Road Rules” challenge teat in perpetuity. They were wannabe doctors and activists and musicians. There were personality clashes and egomaniacs but there were also heated conversations about race and AIDS. These episodes are from a more innocent and idealistic moment, when MTV hadn’t yet learned that bad behavior made for better ratings and we didn’t yet know just how much we preferred to watch bad behavior. On early seasons of “The Real World,” airing before “Survivor” and the Hiltons ushered us into the aughts and the reality TV age, aspirational wasn’t a euphemism for “wants to be famous.” The Real Worlders aspired to be a useful, contributing member of society, and that was entertainment enough.

That started to change in 1999, with "Real World 8," set in Hawaii. This was the first season where two cast members (Colin and Amaya) had a longer-term sexual relationship. Think about that: It took eight seasons for any of the Real Worlders to sleep together on the regular. There had been crushes and maybe one or two drunken make-outs, but everyone was so there for the "experience" they didn’t want to ruin it by sleeping with their roomies. Now sleeping with one’s roommates is a major reason to join the show. Hawaii was also the first season where alcohol came to the fore: Ruthie had a drinking problem and one episode involved the producers trailing her in a car as she drove drunk, deciding whether to pull her over. (She went to rehab, shortly after.) Now the Real Worlders are all usually drunk, a red solo cup as likely to be on them as a camera, but without much anxiety from the producers who have learned to take the car keys.

“The Real World” as we know it, the modern-era "Real World," began in earnest with 2002’s Las Vegas season, which got great ratings and established the standard protocol: sex and booze and fighting, sex and booze and fighting, repeat repeat repeat. The Portland cast seems dedicated to observing this model. When we first meet the guys, they all wondered, first and foremost, just how hot the girls will be. One of the roommates was born without a left hand, one has been in a playboy spread, one is a Hooters girl, one is the son of a pastor, but, of course, they all love to party. One of the women comes from the small town of Fayetteville, N.C., and has a sweet Southern accent and seemed shocked, slightly, by the tattooed burlesque dancers, but even she remembered to pack a butt-revealing thong. (As Jon Caramanica noted in his review of the series, Portland’s famed singular spirit is not stronger than the Real Worlders will to “experience,” and the major difference between the Portland setting vs. any other is a preponderance of tattoos at the clubs the kids attend, and MTV’s decision to use a bird as the icon to block nudity. Nip slip? Put a bird on it!)

Since “The Real World” began, we’ve gotten used to watching people do things they’ll regret and once might have been deemed “exploitative." We're not the only ones who understand "exploitation" differently than we used to: so does MTV, and all reality TV producers, and reality TV participants. Most kids who aspire to be doctors or politicians or activists don’t want to have anything to do with "The Real World" anymore, maybe the biggest unaccredited party school in the nation. The ones who go on "The Real World" know what to do in front of the camera and have no fears about doing them — they're there because they want to do them. They're there because they aspire to be reality TV stars.

MTV encourages the kids shamelessly (all that alcohol; highlighting all the punching, which is supposed to be behavior that gets you thrown out of the house) and not that kindly. In last night’s episode, one of the girls, Averie, reading out loud about a burlesque show pronounced debauchery as “debaukery.” She clearly knew what it meant— "They had me at debaukery"— but she's 21 and hasn’t gone to college and probably has only ever read it. The camera showed her saying it anyway because no one is more willing to take advantage of the Real Worlders and their foolishness than MTV.