Cheney hates President Obama's sky-is-falling paranoia, but also wants you to know that the sky is falling 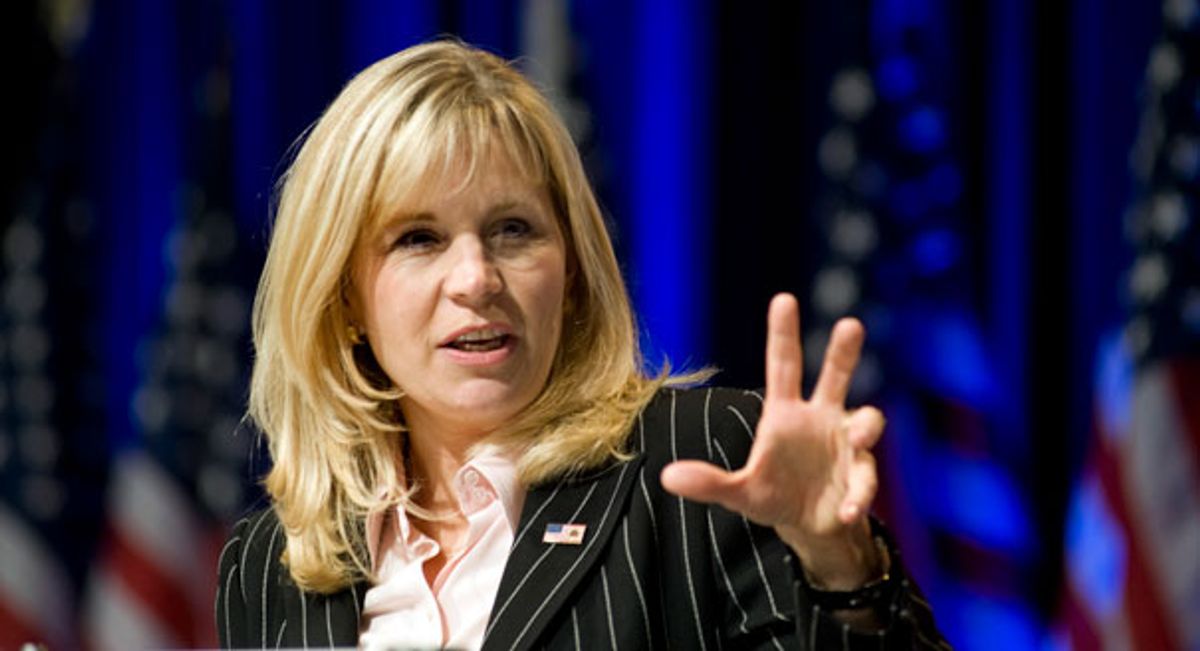 Here is something that makes Liz Cheney really mad: the Obama White House and its brand of "sky-is-falling melodrama normally reserved for the lives of teenage girls."

Here is something else that makes the former vice president's eldest daughter really mad: that President Obama is "the most radical man ever to occupy the Oval Office" who has "launched a war on religious freedom" and has effectively told America's enemies that they can "attack us with impunity" and "suffer no consequences."

Want the short version? Obama is making THE SKY FALL.

Barring the possibility that Cheney's editorial in Friday's Wall Street Journal is an exquisite piece of satire, it appears the former Bush State Department official lacks a certain self-awareness.

The president has so effectively diminished American strength abroad that there is no longer a question of whether this was his intent.

President Obama stood by and did nothing when [Al Qaeda] affiliates in Libya killed the U.S. ambassador and three other brave Americans in Benghazi on the anniversary of 9/11.

The president has launched a war on Americans' Second Amendment rights.

He wants to collect a greater portion of every American paycheck, not for the purpose of paying down the national debt but to expand his governing machine ... If you're unsure of what this America would look like, Google "Cyprus" or "Greece."

But Cheney's paranoid ire isn't just reserved for Obama and his Democratic colleagues; she sees enemies within her own party as well (emphasis mine):

It is time for Republicans to get over their loss in 2012. We are all that stands between this president's policies and a damaged and diminished America. It is time to get back in the fight.

And I do mean fight. Republicans are being counseled to move the party to the left, but in my experience, those who advocate more liberal policies for the GOP are wrongheaded or Democrats, or both. You can be sure that President Obama would welcome an America in which the Republican Party is preoccupied with remaking itself into a watered-down version of the Democrats.

Cheney closes her piece with a call to arms, reminding her fellow patriots that it is their "solemn duty to fight for, protect and defend our freedom."

And, because it is what one must do when the sky is falling: "Now is the time to pick ourselves up, brush ourselves off, and man the barricades for freedom."