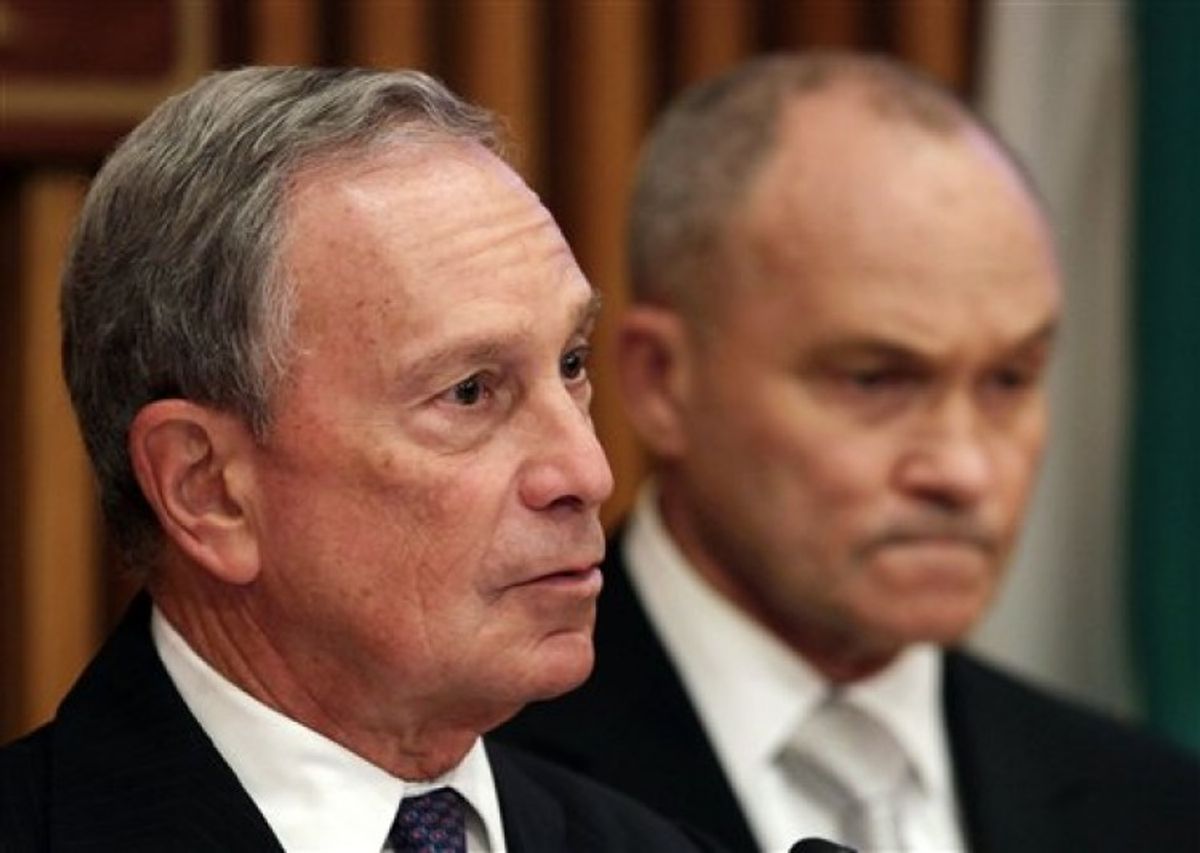 I have seen it with my own eyes, and heard the stories of cousins, brothers and friends. Innocent of crime, guilty of no infraction, they are harassed, placed against walls, handcuffed, sometimes released, sometimes incited -- but never respected. For many African-American citizens of New York City, there is an axiomatic truth that the New York Police Department neither serves nor protects them.

This month, NYPD's controversial stop-and-frisk policy -- which entails officers regularly stopping predominantly black and Latino men and frisking them for weapons and drugs -- went on trial in federal Court. The class-action lawsuit, Floyd v. City of New York, challenges the NYPD policy on the basis that it violates the Constitution's Equal Protection Clause, and the Fourth Amendment's prohibition against unreasonable search and seizure. According to the Center for Constitutional Rights, the NYPD's own data show hundreds of thousands of unconstitutional stops in the past three years alone, and expert analysis of their data -- controlling for crime, neighborhood and patterns of police deployment -- has found that the mitigating factor in NYPD stops is race.

Yet, even when confronted with verifiable research showing racial bias, New York City Mayor Michael Bloomberg has defended the policy -- insisting it has reduced gun violence. The NYPD's own statistics prove otherwise. A 2011 report by New York Civil Liberties Union shows that guns were found in less than 0.2 percent of all stops. In 2002, there were 1,892 victims of gunfire in New York City and 97,296 stops. In 2011, there were 1,821 gun deaths, and 685,724 stops -- an increase of more than 600 percent. The math simply does not add up. Neither does the justification for targeting minorities.

If guns were, in fact, the reason for stop-and-frisk, Bloomberg and Kelly would need to instruct officers to stop people that look like them. The NYCLU found that though 87 percent of all stops were of African-American and Latino males, the few white males stopped were two times more likely to actually have a gun. Furthermore, 90 percent of all black and Latino males stopped were guilty of no crime whatsoever. They received no summons, nor arrests, yet were harassed, questioned and physically violated -- with the most commonly reported reason for the stop being "furtive movement," hardly a standard for probable cause.

There is one inescapable conclusion: To maintain the dignity and civil liberties of all Americans, the police practices of Bloomberg and Kelly cannot be emulated nationwide. And with the arrival of a new mayor in January, they must be discontinued in New York.

In response to its criticism, Bloomberg criticized the NYCLU as being "no better than the NRA." Following the damning report showing more black males were stopped in a single year than actually live in the city, and common use of police force with blacks, but not whites, he claimed, "Let's be clear. The NYCLU's priority is not protecting our safety, it is protecting their ideology. And in that regard, they are no better than the NRA." He continued, "the right to bear arms and the right to privacy do not trump the right of citizens to walk down their own hallway without getting blown away." (Yes, Michael Bloomberg compared an organization seeking to protect civil rights to a lobbying group for gun manufacturers.)

Herein lies his acute diagnosis of cognitive dissonance: the NYPD's own data shows whites more likely to carry guns, yet he defends the targeting of blacks with no guns. Black males, some as young as 12 and 13, are seen as criminals and treated as such. FBI statistics show white males commit the vast majority of crime, in general, and violent crime, in particular, but Bloomberg hasn't gotten the memo. Separate and unequal redux.

And the latest shooting, Kimani Gray, 16, who numerous eyewitnesses say was unarmed, shot 11 times and killed by two plainclothed officers. Police claim he was adjusting his waistband in a "suspicious manner.” This is the twilight zone of Jim Crow-style police practices.

And when it happens in New York, it echoes far beyond. The tragic death of Trayvon Martin serves as a cautionary tale. George Zimmerman, the self-proclaimed neighborhood watchman, saw a black child, who had Skittles and iced tea, but thought him to be a dangerous criminal -- shooting and killing him, mirroring the everyday behavior of police.

During last week's trial challenging the NYPD policy, counsel for the plaintiffs revealed a taped conversation between a whistle-blower officer, Pedro Serrano, asking his superior, Deputy Inspector Christopher McCormack, "So what am I supposed to do? Stop every black and Hispanic?" to which McCormack responds, "I have no problem telling you this: Male blacks, 14 to 21." Probable cause be damned. The officer also revealed the department issued minimum quotas for stops and arrests, without which an officer's performance could be judged harshly.

U.S. District Judge Shira Scheindlin, who is hearing the Floyd case, appears empathetic. In January she issued an injunction prohibiting NYPD officers from engaging in stop-and-frisk outside certain designated Bronx buildings. In that case, police failed to differentiate between potential criminals and law-abiding citizens. The lead plaintiff, Jaenean Lignon, filed suit after her 17-year-old son was stopped outside his building. The mother had sent the boy to buy ketchup. Zeandre Orr, a 14-year-old from Brooklyn, told New York's NPR affiliate, WNYC, that he was stopped, questioned and frisked last year while walking to McDonald's.

Under Bloomberg's tenure, skin color has become a proxy for criminal activity -- inviting prejudice, sanctioned by the state. Probable cause becomes obsolete when authorities are allowed to criminalize individuals for their ethnicity alone. He and Kelly have institutionalized discriminatory police practices and old racial codes -- creating barriers to a truly post-racial, egalitarian society.

The NYPD claims this isn't happening -- that they are going where the crime is (presumably minority communities). But even in neighborhoods that are predominantly white -- Park Slope, Brooklyn, for instance -- 79 percent of all stops in 2011 were of blacks and Latinos despite making up only 24 percent of the population. This is how the status quo becomes a prima facie case of discrimination.

But the status quo may be changing. City Council Speaker Christine Quinn, a Bloomberg ally who many believe could become the first openly gay mayor of New York, has expressed support of the policy in theory, but criticized its practice. Last year, in a letter to police commissioner Ray Kelly, she wrote, "I believe that, at times, SQF ("stop-question-frisk") has been carried out in a way that has sown distrust in communities of color ... young men of color consistently report that they are subject to repeated SQF encounters with police officers as they go about their daily lives." Quinn, a reliable political weather vane, has also recently come around to support the appointment of an independent inspector general to investigate NYPD abuses. Bloomberg and Kelly have not welcomed the prospect of oversight.

John Liu, the current city comptroller and a candidate for mayor, has called for stop and frisk to be completely abolished. Public advocate Bill de Blasio, and former comptroller Bill Thompson, also candidates, have advocated serious reforms and spoken out against racial profiling.

Yet it seems if Bloomberg's successor only commits to "moderate" reforms, and Ray Kelly -- who has ratcheted up the SQF policy to current levels -- stays in place, the denigration and relegation of young black and Latino males will remain the status quo. That is an unacceptable outcome.