Prescription pill epidemic has spiraled out of control

The death of a West. Va. sheriff should persuade the federal government to fighting this blight 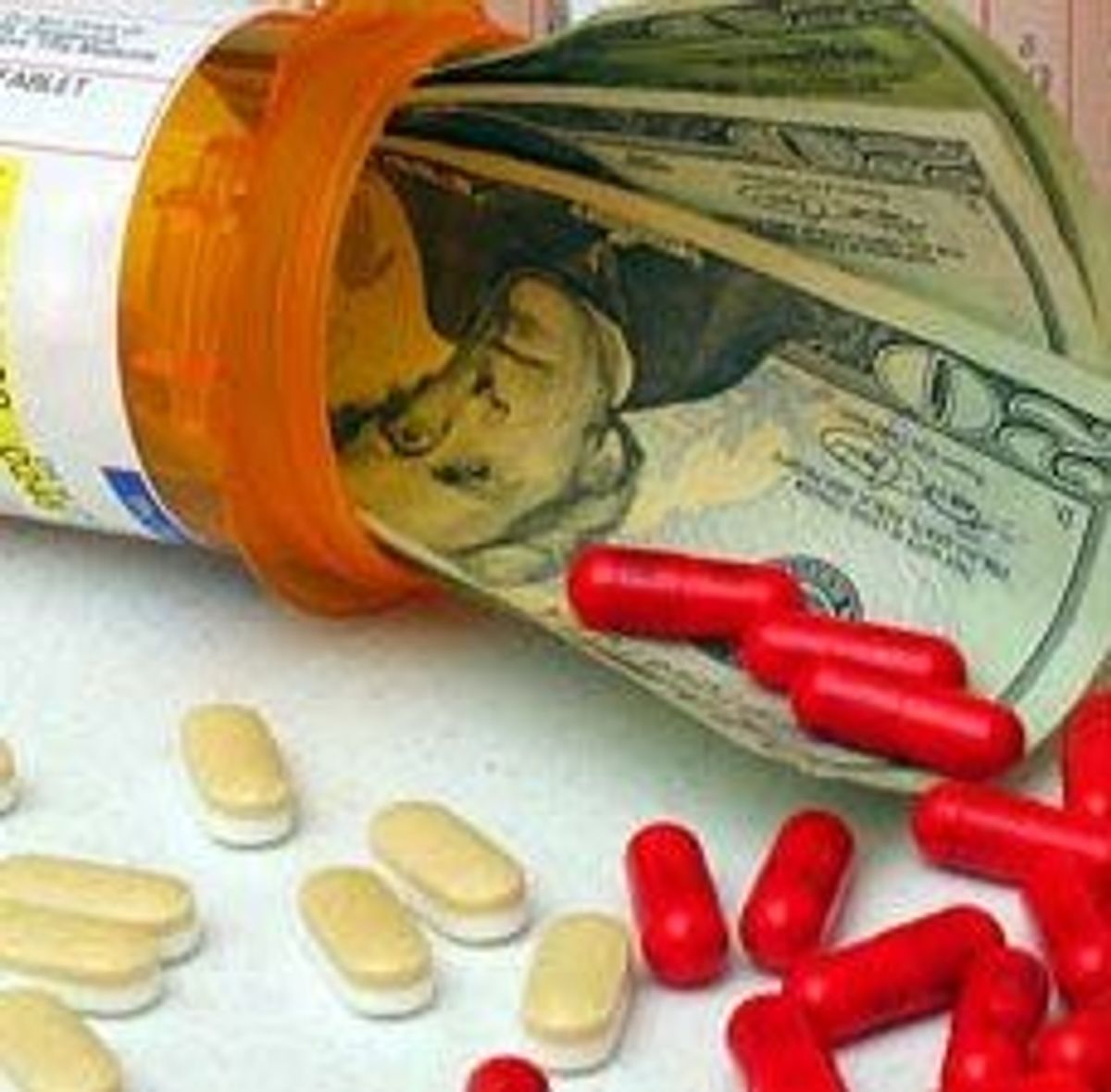 The Orphan Drug Act is being investigated for abuses (AP)
--

In the small coal towns of southern West Virginia, the poorest patch of Appalachia, the police blotters these days read like big-city tabloid fodder. Last month, a 23-year-old man received up to 25 years in prison for wheeling a quadriplegic to a house against his will, carrying him inside, beating him and stealing his prescription painkillers. That same week, a 25-year-old man was charged with child neglect resulting in death for taking three prescription painkillers and passing out, suffocating his one-month-old son in his arms. The child's 21-year-old mother was charged as an accomplice.

A couple of weeks ago, the manager of a pain clinic in the Mingo County seat of Williamson (nickname “Pilliamson”) pleaded guilty to “reluctantly selling drug prescriptions illegally”--abetting doctors in writing scripts for thousands of prescription pill addicts. “Patients” would line up at the clinic before it opened, like bargain shoppers at a Black Friday Christmas sale. And now, as the nation knows, the Mingo County sheriff is dead, shot at point-blank range as he sat in his car eating a sandwich.

Eugene Crum, a former small-town police chief and magistrate who'd been in office just three months, was gunned down at lunchtime last Wednesday in downtown Williamson, a city of 3,160 residents. Crum, who had pledged to crack down on Mingo County's rampant prescription drug abuse, also happened to be staking out a parking lot, as he did most days at noon. The lot, attached to a pharmacy that was busted as a pill mill over two years ago, remains a notorious drug market, where pill pushers and addicts buy, sell and swap opioids.

The motive for Crum's murder remains unclear. The suspect, Tennis Melvin Maynard, 37, was shot by a deputy sheriff after a car chase and remains in the hospital. But the suspect's father has said it wasn't personal or political. He told the Associated Press that his son had become “mentally disturbed” after being exposed to harmful chemicals and injured working at an Alabama coal mine, and that he most likely shot the sheriff for no reason. As he put it: “He would have probably shot anybody, the first one he come to, you know what I'm saying?”

But locals, law enforcement officials and residents naturally suspect that pills had something to do with Crum's death. Pills, prescription oxycodones and hydrocodones, are responsible for most horrors in Mingo County. Home invasions, shootings, assaults, kidnappings, fatal DUIs and robberies, nearly all tied to prescription drugs, regularly make news here. The scourge of “pillin'” is so rampant that residents barely remember the good old days of mere abject poverty. Crum's execution-like shooting (the gunman reportedly used a silencer) was immediately compared to the murders, less than a week earlier, of a Texas district attorney and his wife, and the murder, two weeks before, of the head of Colorado's prison system.

Crum was a man on a mission. His Operation Zero Tolerance had led to the indictments of dozens of suspected dealers since he became sheriff in January. One month into the job, Operation Zero Tolerance, a joint effort of Crum's Sheriff's Department, the Mingo County Drug Task Force and other community police departments, busted a major pill ring. “Enough is enough,” Crum said at the time.

Even if Crum's death turns out, as the suspect's father claimed, to be the random act of a disturbed mind, it's a clarion call for help. A sheriff who reinvigorated the fight against pilling in the prescription drug abuse capital of the country is gone. The potential chilling effect on fighting the good fight in this long-neglected corner of West Virginia cannot be underestimated.

The people I've talked to in trips to West Virginia say the pill scourge keeps getting worse. (See the detailed story on pilling in Mingo County here.) Abuse of hydrocodone-based painkillers such as Vicodin and anti-anxiety drugs such as Xanax is now entering its second generation, with babies being born addicted to these drugs. The effects of pill addiction on poor families in southern West Virginia has been devastating. There are few treatment centers where families can afford help for addicted family members, who often turn to robbing and harming their own kin to obtain pills.

West Virginia's elected officials keep trying to quell the epidemic. Just a week before Crum's murder, the state senate approved a bill that limits hydrocodone prescriptions to 30-day supplies and two refills. Also last month, U.S. Rep. Nick Rahall, a Democrat whose district includes much of southern West Virginia, introduced legislation that would require opioid-based prescription drugs to include abuse-deterrent technologies that prevent substance abusers from crushing or dissolving prescription opioids, so that they cannot be inhaled or injected to achieve an immediate high.

Rahall and U.S. Sen. Jay Rockefeller (also a Democrat) have also co-sponsored the Prescription Drug Abuse Prevention and Treatment Act, which would improve consumer awareness and physician training about the safe use of prescription drugs with a high risk of abuse.

But officials' efforts at thwarting pill abuse have often been met with indifference in Washington. Last year, West Virginia's other U.S. senator, Joe Manchin (D.), co-sponsored a bill to make hydrocodone-based drugs, among the most abused prescription drugs in West Virginia and the nation, reclassified by the Food and Drug Administration as a Schedule II drug. They are currently classified as Schedule III, defined as drugs that have less potential for abuse or addiction than Schedule I or II drugs and have a useful medical purpose. (Marijuana, known to cause no overdose deaths, is classified as Schedule I.) The bill passed the Senate but was dropped in the House after heavy lobbying from pharmaceutical companies and drug distributors.

Manchin and his co-sponsors have reintroduced the bill this session. Making hydrocodone a Schedule II drug would tighten restrictions on obtaining the drug, require more secure transport and storage, and subject traffickers to increased fines and penalties -- seemingly a no-brainer at a time when prescription drug abuse accounts for 75 percent of all drug overdose deaths in the nation (90 percent in West Virginia) and is estimated to cost the country $50 billion a year.

The death toll from prescription pill overdoses has more than tripled in the last decade. The Centers for Disease Control and Prevention has found that more than 40 people die every day in the U.S. from overdoses of narcotic painkillers like hydrocodone, methadone and oxycodone. The prescription painkillers are responsible for more deaths than heroin (a Schedule I drug) and cocaine (Schedule II ) combined.

Not to mention that prescription drug abuse is spreading. A recent federalstudy found that the plague, once confined to the east and south, has spread to western states. Seven of the top 10 states for non-medical use of prescription drugs are in the west. If Sheriff Eugene Crum's untimely demise doesn't shake the federal government into putting the necessary resources into fighting this epidemic, all indications are that it will continue to get worse.