The MSNBC host stirred up a tempest -- but she was right 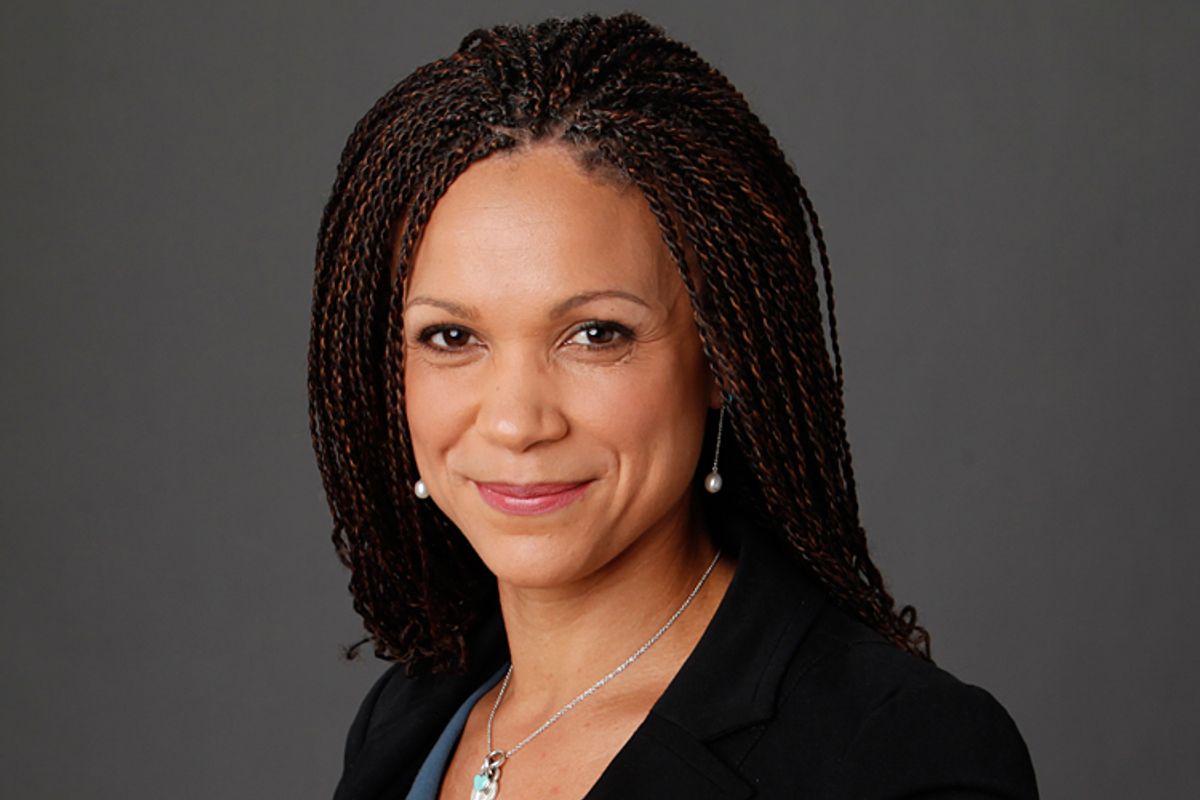 Melissa Harris-Perry thought it was, in her words, "an uncontroversial comment." But when the MSNBC host and political commenter made a "Lean forward" spot for the network in which she made the bold wish "for Americans to see children as everyone’s responsibility," the conservative spin machine went into extra-frothy mode.

If you can judge a person by her enemies, Harris-Perry should be a proud woman today. The Daily Caller ominously reported that "Melissa Harris-Perry wants your children." Sarah Palin tweeted that "Apparently MSNBC doesn't think your children belong to you. Unflippingbelievable." Rush Limbaugh jumped on her comments by saying, "This is Marx, Mengele, communist manifesto, the nuclear family has always been under attack by communists, leftists. The nuclear family, just like religion, must be destroyed, and in its place the community, the collective." And Glenn Beck fumed, "It is so far beyond what we have ever thought as a nation, it's remarkable." Well done, Harris-Perry. Well done.

It's arguable that anything but a thoroughly autonomous – and by the way, pretty damn modern – way of rearing children is indeed a revolutionary notion. As it happens, Harris-Perry's controversy arrived the same week as Susan Faludi's fascinating, tragic profile of radical feminist Shulamith Firestone in the New Yorker. As Faludi explains, Firestone, who wrote "The Dialectic of Sex: The Case for Feminist Revolution," believed "The traditional family structure … was at the core of women’s oppression." Back in 1970, she argued that contemporary childhood is "a supervised nightmare" and "woman’s bondage to motherhood was also extended to its limits," and called for a new system "in which collectives took the place of families." You can image the right wing loving every word of that. See? Only crazy fringe dwellers from the failed hippie past see childhood as something to be shared with the community.

But though Faludi's story makes clear how Firestone's vision ultimately imploded, it also makes the very important case that involving a wider, richer community in the rearing of our children is indeed a deeply feminist issue. If it weren't, why would a moron like Rush Limbaugh get so upset about it? When we cling stubbornly to the party line that the family, and only the family, can be responsible for every aspect of a child's life, what we're really talking about here is laying all the obligation on mothers. Our culture guilt-trips mothers at every turn about the impossible degree of accountability they're supposed to have to their children. And aside from the fact that full-time, 110 percent, I don't need any help from anybody motherhood doesn't leave women much time for any other participation in public life, it's also a plain stupid way to operate a society. More than that – it's downright un-American.

Our first articulation of our distinct identity – the Mayflower Compact – promises that we "covenant and combine ourselves together into a civil body politic … for the general good of the colony." The preamble of our Constitution commands us to "promote the general welfare." I wonder if Beck and Palin and Limbaugh were to be presented with those words with no other context, would they pitch a fit about Marx and Mengele?

As author and professor Brené Brown notes, "We’re hardwired for connection. There's no arguing with the bioscience." It takes a village. It's supposed to. And our children don't "belong" to us. They're not our property. They're participants in our society, and its future leaders. To ignore that limits the role of women in our culture and shirks our collective, civic duty. It's not about Harris-Perry coming to take our children. It's about understanding the obligation that all of us share to all of our kids. It's about making sure they are educated and cared for, protected by our laws but also loved and tended to by a wider, richer circle of friends, family and neighbors.  The idea that we need to work together for the general good of all – including and most significantly for the benefit of our offspring – was a radical concept nearly 500 years ago. It was so radical that it forged a nation. That it remains radical now says how far we still have to go.