Thom Yorke and Nigel Godrich give relationship advice to girls

The Radiohead frontman and collaborator talk about shyness and breakups 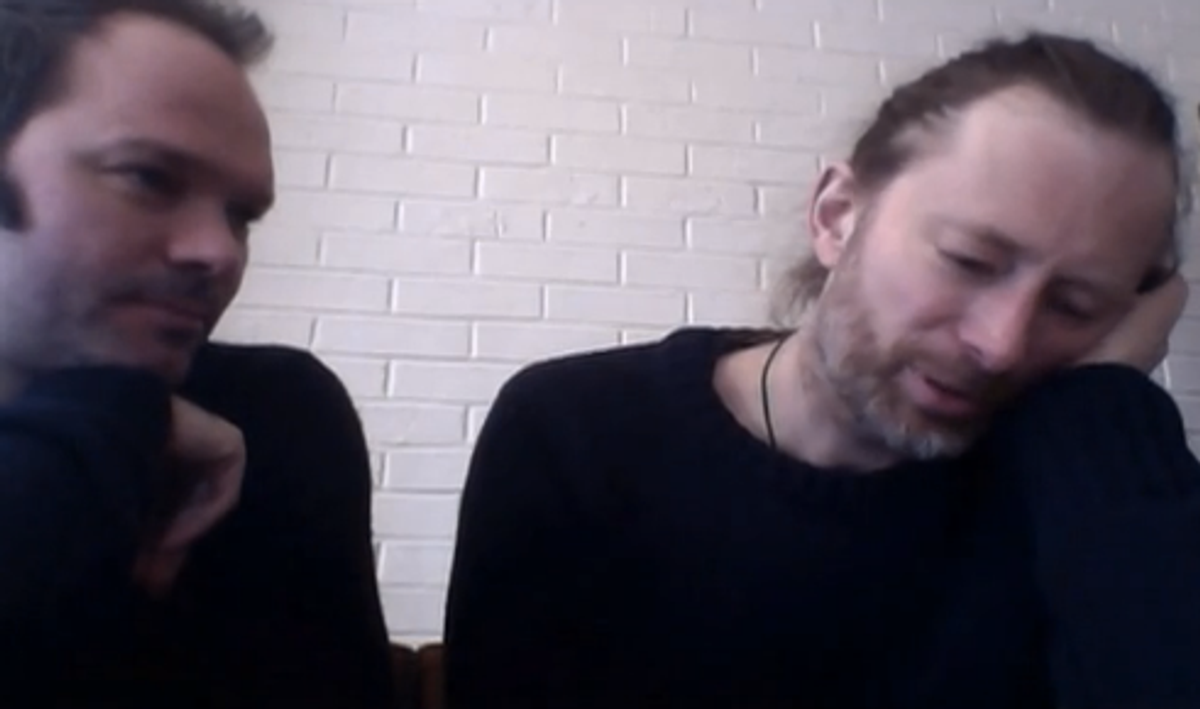 Yorke: “If you have a crush on him, if you're really, really, really, really shy, which is what I was at that age -- also, I was at a boys' school so it was impossible to meet girls anyway -- how about just write him a note? Or if you can’t bear it just throw him against a wall sometime.”

On breaking up with someone boring: