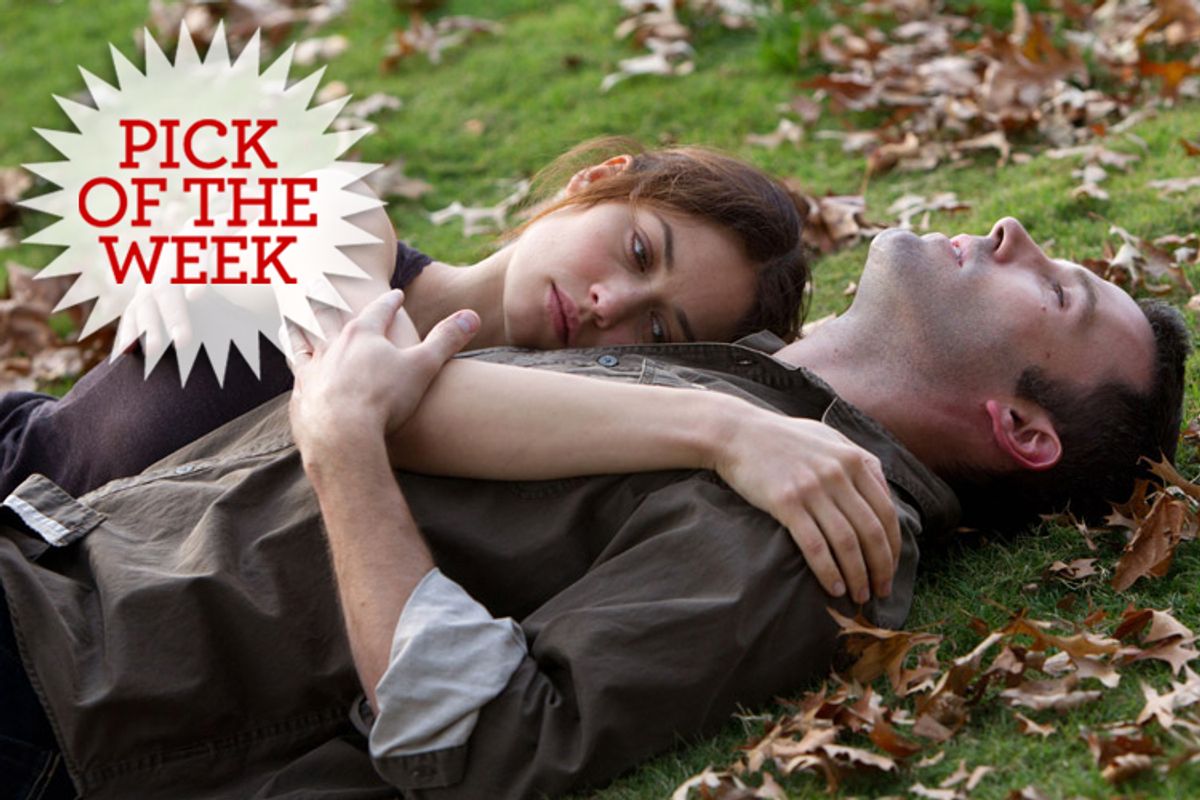 Olga Kurylenko and Ben Affleck in "To the Wonder"
--

Terrence Malick has followed the six-year creative struggle of his universe-spanning, would-be masterpiece “The Tree of Life” with a period of unprecedented, unexpected and indeed unexplained productivity. For whatever set of reasons, the famously reclusive director who had made five feature films in the previous 38 years has apparently completed four more since 2011. The first of these to reach the public is an abstract and perhaps allegorical story of love and heartbreak called “To the Wonder,” and even in beginning to speak about it I run the risk of leading you down the wrong path. Ben Affleck and Olga Kurylenko are in the movie, as a man and woman who meet in Paris, fall in love and move to America, and then drift apart, for reasons we (and they) only partly understand.

But the actors – who include the luminous Rachel McAdams, as the third leg of a romantic triangle -- are more like forms or presences or archetypes than characters in the usual sense. Still less do they come off as “movie stars.” While the setting of “To the Wonder” is clearly contemporary, this is a much more abstract portrait of love and marriage than the highly specific postwar American realm inhabited by Brad Pitt and Jessica Chastain in the overtly autobiographical “Tree of Life.” In this film, the streets of Paris, the watery flats around Mont Saint-Michel and the plains of Oklahoma seem to inhabit the human characters, at least as much as the other way around. Although the people played by Affleck and Kurylenko have names, I don’t think I learned them in the course of watching the film, and the snatches of dialogue we overhear are almost irrelevant to the story. (Affleck’s character, in fact, is like the ultimate avatar of Malick’s uncommunicative American males, and barely speaks at all.)

Is there a story, in this film where ordinary conceptions of plot and character are pushed so far into the background? Yes, absolutely – it’s another version of the story Malick has been telling since “Badlands” and “Days of Heaven,” the story he revisited in the strongest parts (or so I felt, at least) of “The Tree of Life.” It’s the story of a man and a woman lost in America, alone together against the gorgeous, imposing and sometimes menacing wide-open spaces of the West. It’s also the story, a little deeper under the surface, of how that beautiful landscape has been betrayed, undermined and literally poisoned by those who came from Europe and from the East to live in it.

As in “The Tree of Life,” Malick pushes past the suggestive or transcendent spirituality of the American landscape into territory that is clearly religious, although he may not mean it in a limited or sectarian sense. Javier Bardem is the third major character in the film, a Catholic priest who moves among the battered, dispossessed and most downtrodden people of small-town Oklahoma, even as he battles his own loss of faith. Bardem's Father Quintana, who is only tangentially connected to the story of Affleck and Kurylenko, seems closely akin to the tormented Lutheran pastor played by Gunnar Björnstrand in Ingmar Bergman’s 1963 “Winter Light” – a likely reference point for this film. Both these men of the cloth are asking the famous question posed by Jesus on the cross and before him by King David in the 22nd Psalm: “My God, my God, why have you forsaken me?” At the risk of being obvious, it's an inherently ambiguous question that goes well beyond theistic concerns, and your understanding of it will quite likely be different from mine.

Nearly everything about “To the Wonder” seems radically out of step with the tastes of contemporary filmgoers, even (or especially) the artsy bicoastal types who are Malick’s most loyal fans. Its title sounds naive, or maybe faux-naive; it relies on cinematography (by the great Emmanuel Lubezki) and voice-over narration (mostly by Kurylenko) rather than storytelling and dialogue; it engages directly with Christian theology, without ducking or apologizing. If you read movie reviews, you’ve already noticed the rising tide of derision. While Malick’s contemplative and symbolic brand of cinema has long had detractors – and I personally heard the boos at the Cannes premiere of “Tree of Life” -- this will certainly be the first of his films to receive a largely negative critical response.

Many of the wisecracks made about this film contain grains of truth, quite frankly: It looks like Affleck and Kurylenko went around the world scouting locations for a Terry Malick movie that never actually happened, or it looks like a commercial for expensive cologne or wristwatches. (No one has ever made an Econo Lodge parking lot look so suffused with meaning, that’s for sure.) As with any other movie, it’s all a question of what attitude you carry into the theater, and whether you’re prepared to go where Malick wants to take you. All I can tell you is that once I surrendered to the ebb and flow of Lubezki’s images, the elegiac and almost anti-narrative mode, the sweet-sad blend of romance, eroticism and tragedy and the hypnotic score – which mixes contemporary electronic pop with Berlioz, Wagner, Tchaikovsky, Henryk Górecki and Arvo Pärt – I really never wanted it to stop.

I know this will sound as if I’m being perverse or contrarian on purpose, but in some ways I actually prefer “To the Wonder” to “The Tree of Life.” It’s a purer, clearer and more focused work, one that lacks the universe-encompassing, mind-blowing, post-Kubrickian grandiosity of the earlier film, but may be better off for it. One thing that’s going on with Malick’s sudden burst of productivity, I suspect, is that he’s about to turn 70 and has gotten the huge albatross of “Tree of Life” off his back. This movie is the work of an artist who’s boiling his craft and his message down to essentials, and who has reached the point of not much caring what other people think.

I would agree that “To the Wonder” is a more limited accomplishment than “The Tree of Life,” and won’t spark one-tenth of the debate or have one-tenth the impact. It’s a far more old-fashioned film in its way – simultaneously a celebration and lamentation of heterosexual desire, built around the body, face and voice of a beautiful woman, and an evocation of 1970s art cinema. It features a memorable scene involving a herd of American bison, in place of the notorious dinosaurs of “Tree of Life,” and that pretty much sums it up. But the enigmatic spell of enchantment it casts is a work of complex artistry, and the sneering reviews say more about the critics, I am afraid, than about the film or its director.

“To the Wonder” is the last movie reviewed by Roger Ebert before his death last week. (As Roger would have wanted and expected, it was published during the week of the film's release.) It’s a curiously appropriate and even haunting sendoff. With his typical generosity toward both the filmmaker and the audience, Roger explains the movie’s unconventional nature, and makes clear that many viewers will find it unsatisfying. But he loves it, cutting to the heart of the matter with a koan-like series of rhetorical questions that’s very much in the Malick spirit. “Why must a film explain everything? Why must every motivation be spelled out? Aren't many films fundamentally the same film, with only the specifics changed? Aren't many of them telling the same story? Seeking perfection, we see what our dreams and hopes might look like. We realize they come as a gift through no power of our own, and if we lose them, isn't that almost worse than never having had them in the first place?”