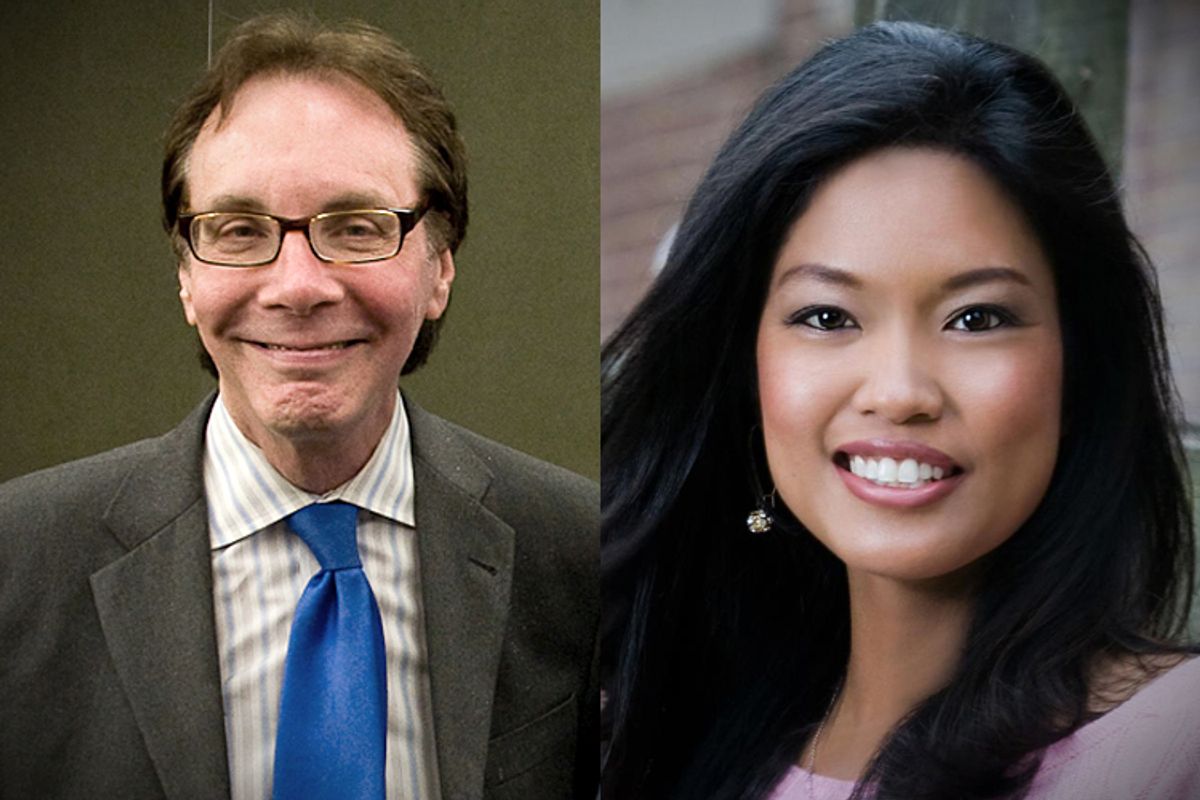 On Friday, Irin Carmon and I noted that there has been no media coverup of the grisly case of Kermit Gosnell, the doctor on trial in Philadelphia for performing illegal abortions and other crimes, and that conservative lawmakers and media figures didn't make a big issue of the case until very recently themselves.

This morning, Fox News contributor Alan Colmes said on the network that conservative blogger Michelle Malkin "wasn't covering" the case. When challenged by her fans and Malkin herself on Twitter, Colmes cited my story and suggested that I reported that Malkin only mentioned the story once on March 19. In fact, for the record, here's what I wrote:

Twitchy, the Michelle Malkin-backed conservative Twitter-activism site that has been haranguing the media for not covering the case, didn’t offer its first real mention until March 19.

There's obviously a difference between Twitchy and Malkin herself, and between saying she only mentioned it once and referring to the first mention. Nonetheless, Colmes' comment sparked outrage on the right, with Malkin and her followers deluging his and our Twitter feeds. On Twitter, Colmes apologized for the error and noted that he issued a correction. In an email to me, he wrote, "Sorry if I caused you any trouble. I should have quoted better."

To be fair, we did err in originally reporting that the National Review had not covered Gosnell when it had in fact offered plenty of coverage (the search engine on the magazine's website's still displays zero results); we immediately corrected it.