Stephen King called it the best show on TV; now you can watch it legally! Also: "Badlands" and a sexy "Chambermaid" 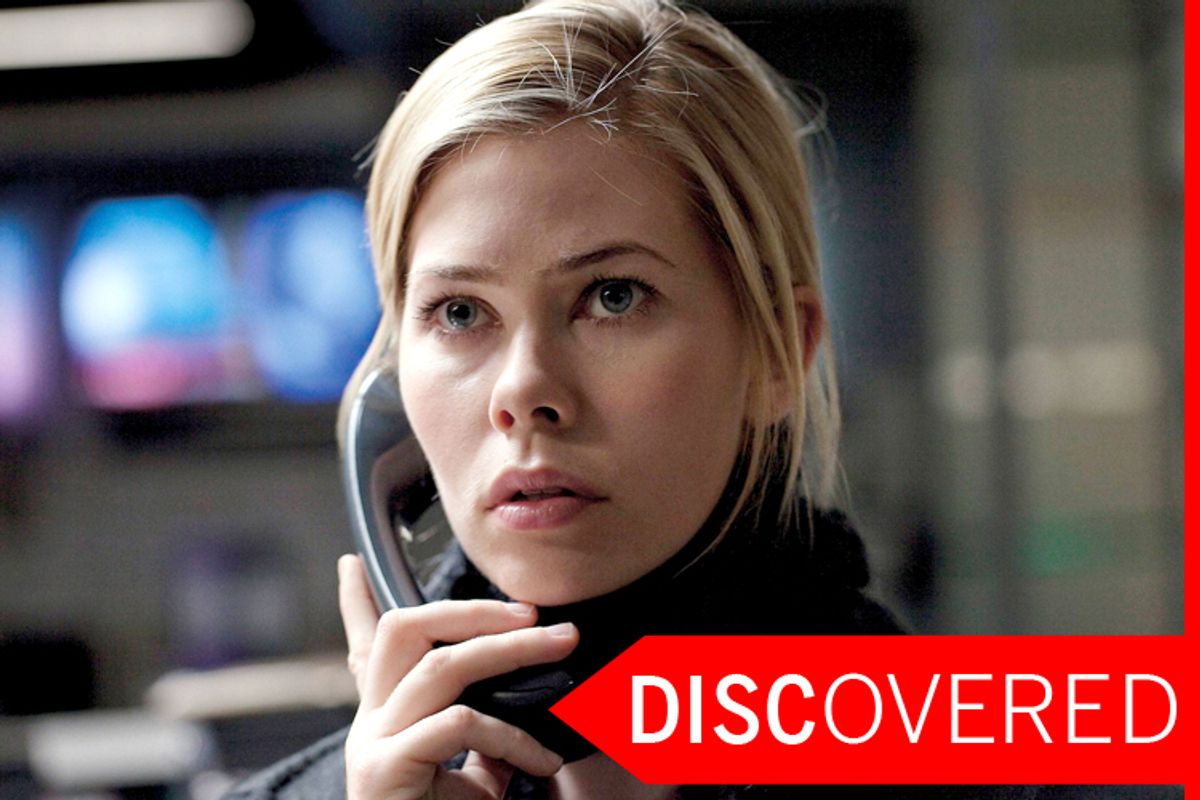 Each episode of the Danish TV series “Borgen” begins with a quotation from Machiavelli’s “The Prince,” and as the show proceeds, Denmark’s first female prime minister, an attractive and immensely likable moderate named Birgitte Nyborg (Sidse Babett Knudsen), gets a systematic education in that collection of cynical wisdom. One could almost say that “Borgen” is a lesson built on the old saw about power corrupting and absolute power corrupting absolutely – but Birgitte is the head of a shaky coalition government in a European social democracy, not a tyrant, and what keeps us watching is the knowledge that she always has good intentions.

No doubt Americans by the thousands have found ways to watch “Borgen,” whether strictly legal or not, since Stephen King declared it his favorite TV show of 2012. Now the first season of this intimate and addictive political drama is finally available on Region 1 DVD, so no mastery of streams and torrents, or ownership of an all-region player, is necessary. I for one am grateful: This is an immensely more satisfying and realistic show than the American version of “House of Cards,” not least because it depicts retail politics in a small European country with its own distinctive traditions, where left-right tensions often wear a deceptive veil of civility.

A brainchild of veteran Danish TV showrunner Adam Price, “Borgen” includes some of the same creative team as the original version of “The Killing” (aka “Forbrydelsen”) and is built on a similar level of unshowy but exemplary craftsmanship. If Knudsen is very much the center, playing a woman who parlays a deadlocked election into unexpected opportunity, and then has to find out in a hurry if she possesses the spine for political leadership, there are any number of other terrific actors in the cast: Pilou Asbæk as the hard-boiled spin doctor who sneakily becomes the show’s conscience, Peter Mygind as a defeated left-wing leader with no conscience whatever, Lars Knutzon as Birgitte’s rumpled No. 2 and Emil Poulsen as Birgitte’s professorial husband, who ever so slightly resents her newfound prominence. I’m a little less sold on Birgitte Hjort Sørensen as the young TV reporter abruptly thrust into the anchorwoman’s chair – the parallel to the main story is a bit too on-the-nose – but her situation also grows more complicated as it moves along.

This show isn’t a creation of immense style or heart-stopping suspense; it’s more about straightforward but subtle dramatic urgency, and you need to give it a little time to build cumulative force. Watch at least the first two episodes (both directed by veteran Danish filmmaker Søren Kragh-Jacobsen) and you won’t be able to stop. I assume that distributor MHz Networks has seasons 2 and 3 on the way – now what about a Region 1 deal for the crackerjack German crime series “In Face of the Crime” (“Im Angesicht des Verbrechens”), which is even harder to find?

Also new on home video: Maybe you’ve just seen “To the Wonder” and want a Terrence Malick refresher course – or maybe you pine for the days when Malick was a (marginally) more conventional American filmmaker? Either way, it all started with the extraordinary 1973 “Badlands,” starring Martin Sheen and Sissy Spacek as a pair of amoral young people lost in the God-haunted or God-forsaken Western landscape. Now available in a 4K digital restoration from the Criterion Collection, with a making-of documentary and interviews with producer Ed Pressman and editor Billy Weber (DVD, Blu-ray, on-demand).

Apparently both Graham Greene and Fritz Lang later disavowed “Ministry of Fear,” the latter’s 1944 film version of Greene’s wartime spy novel. It has an orphan status in Lang’s confusing and multinational career, and I for one had never seen it. But gosh darn it, in a new Criterion edition “Ministry of Fear” turns out to be a terrific little paranoid thriller very much in the vein of Hitchcock’s “39 Steps,” with Ray Milland as a possibly crazy man on the run. It’s suffused with all sorts of Freudian dream imagery and rendered in magnificent black-and-white (DVD, Blu-ray, on-demand).

Speaking of little-seen films by great directors, “Diary of a Chambermaid” is no doubt much better known in its 1964 version by Luis Buñuel, starring Jeanne Moreau – but Jean Renoir had already directed a Hollywood version 18 years earlier, adapted from the Octave Mirbeau novel by Burgess Meredith (who also produced and co-starred). This 1946 “Chambermaid,” now on disc from Olive Films, certainly doesn’t rank among the best films of Renoir's entire career – it’s pretty soundstagey, and Paulette Goddard’s flibbertigibbet lead character is off-putting at first – but it might be his most well-integrated American picture. Stick with it and it delivers that distinctive Renoir flavor of wry tragicomedy and sunny cynicism. (It ultimately carries more than a few echoes of "Rules of the Game," Renoir's pre-war masterpiece of class conflict.) Meredith is terrifically strange as the title character’s persistent but doomed suitor, and Francis Lederer nearly steals the show as an evil, fascist-flavored butler who comes off much darker than the movie around him. (DVD, Blu-ray, on-demand)

There are numerous home-video editions of the 1924 Douglas Fairbanks classic “The Thief of Bagdad” – probably the most elaborate special-effects fantasy of its day – on the market, as the film is now in the public domain. Without disparaging other available versions, the 2013 release from the Cohen Film Collection (a new player in vintage and classic home video) is gorgeous to behold, newly restored from two original 35mm negatives and incorporating the color tints and tones of the film’s initial release. It also features a period-appropriate score from Carl Davis and the Philharmonia Orchestra (although I will submit that silent-film music is a contentious arena where I claim no expertise). Best of all, Fairbanks’ thrilling athleticism, the expressionistic sets of William Cameron Menzies and Raoul Walsh’s direction have never looked better. Orientalist kitsch? Yes, absolutely – for the whole family to enjoy! (DVD, Blu-ray, on-demand)