UPDATE: Obama has received tainted mail as well, but officials are zeroing in on a suspect 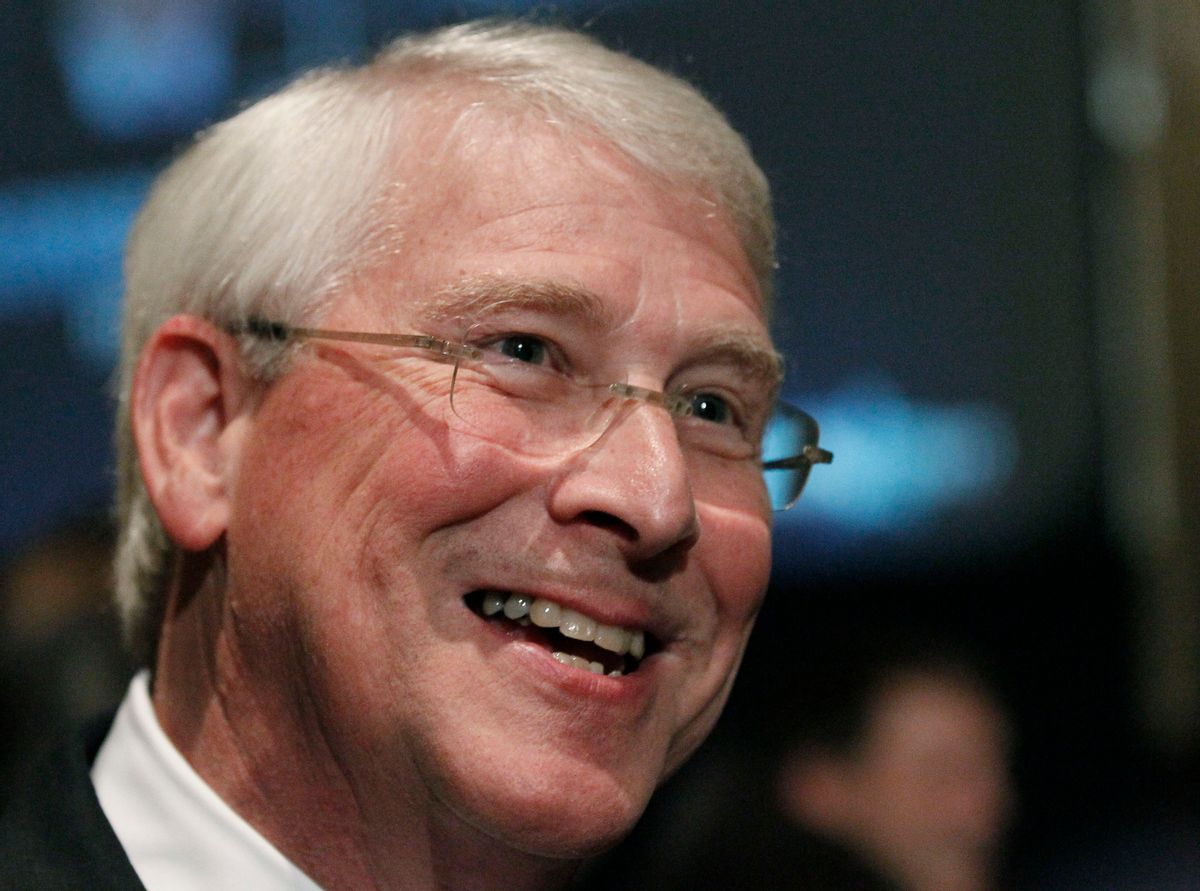 In his press conference, White House spokesman Jay Carney confirmed that a letter with a suspicious substance had been sent to President Obama but referred further questions to the FBI. He also referred questions about the Boston attack investigation to the FBI.

The AP is reporting that authorities have a suspect in mind but didn’t say much more:

Police have a suspect in mind as they investigate a letter mailed to Sen. Roger Wicker that tested positive for poisonous ricin, a Senate colleague said.

“The person that is a suspect writes a lot of letters to members,” Sen. Claire McCaskill, D-Mo., said Tuesday as she emerged from a classified briefing.

The president may have received one as well:

UPDATE 4/16: Politico is now reporting that a suspect in the case has been identified.

UPDATE 4/16: CNN is reporting that Harry Reid was told the poisoned letter was addressed to the office of Sen. Roger Wicker, R-Mississippi. The package has been sent to a Maryland lab for further testing.

Politico and CNN are reporting that the deadly poison ricin has been detected in congressional mail:

An envelope sent to an office of Sen. Roger Wicker (R-Miss.) included a substance that has tested positive for Ricin, two sources say.

It was not immediately clear when the envelope was received or whether it was sent to his Washington, D.C., office or a field office.

An envelope that tested positive for the deadly poison ricin was intercepted Tuesday afternoon at the U.S. Capitol's off-site mail facility in Washington, congressional and law enforcement sources tell CNN.

After the envelope tested positive in a first routine test, it was retested two more times, each time coming up positive, the law enforcement source said.

The envelope was addressed to a U.S. senator, though the sources would not say which one.

Following the 9/11 attacks, a powder identified as anthrax appeared in envelopes mailed to government and media sources.