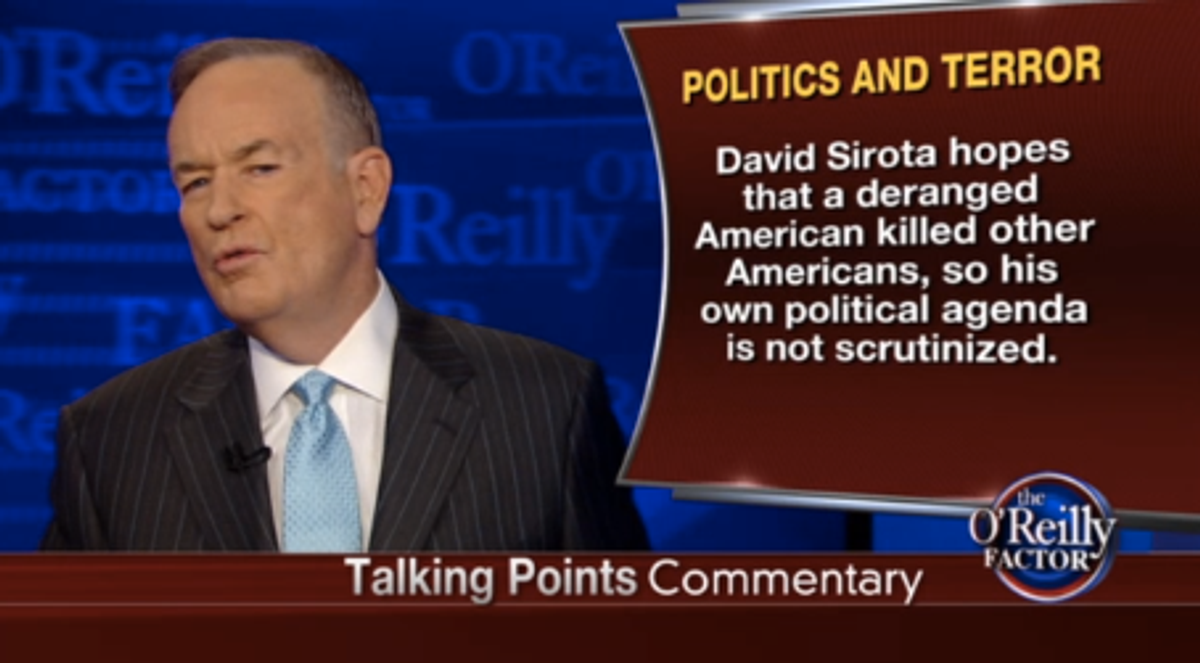 Fox News anchor Bill O'Reilly does not seem to agree with Salon columnist David Sirota, after all. Sirota's post, "Let's Hope the Boston Marathoner is a White American," made the rounds on social media on Tuesday, prompting O'Reilly call the writer a "loon" on the "O'Reilly Factor" last night:

O'Reilly blasted David Sirota again at the 5:12 mark in the segment below, saying Sirota hopes it's a "right wing militia, neo-nazi nut" who perpetrated the bombings to push Sirota's own personal political agenda: