Post editor on "Bag Men" cover: "We did not identify them as suspects"

After printing a photo of two young men suggesting they were suspects, the New York Post's editor defends it 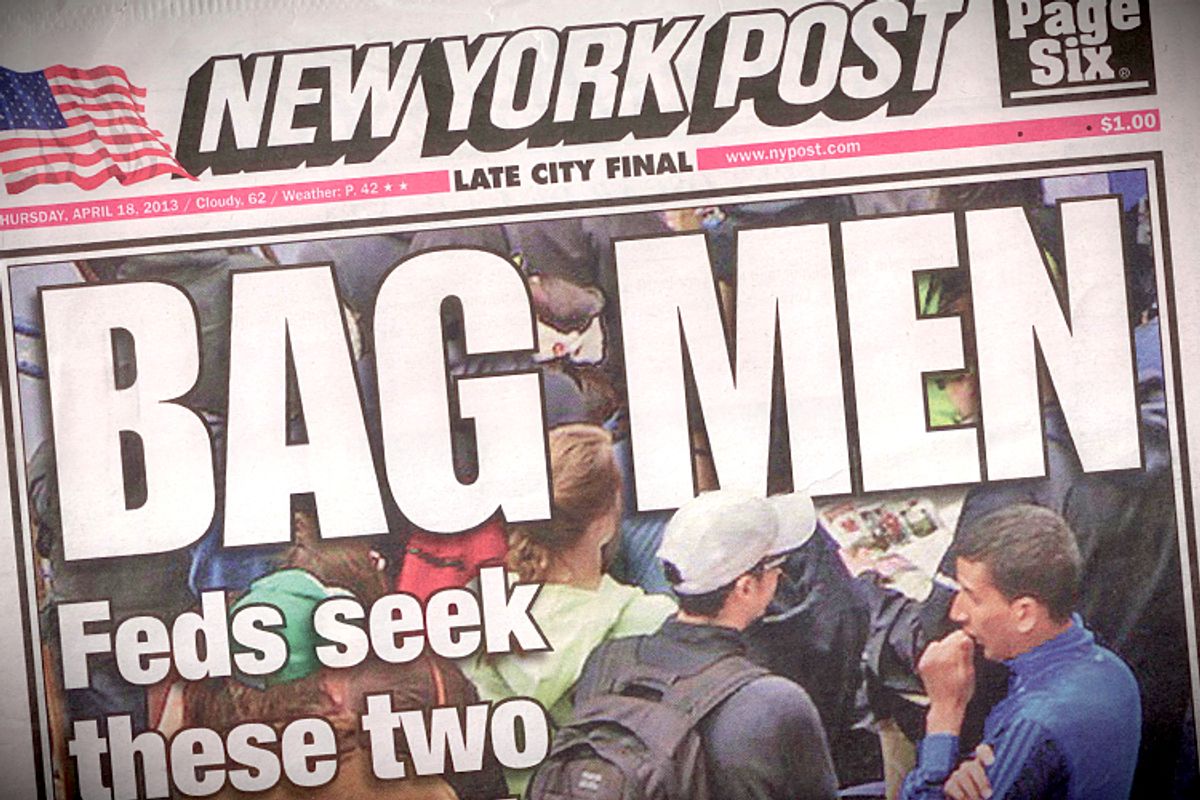 The New York Post's editor, Col Allan, has issued a statement to Salon about today's cover story. That story stated that two men were suspects in the bombing of the Boston Marathon, and was illustrated by a photo reportedly circulated by the FBI of two dark-skinned young men. Though the headline, "Bag Men," simultaneously pointed out that the young men carried bags and used slang for criminals at once, Allan points out that the story did not state whether or not the two young men were the two suspects (they are not) or how many photos had been circulated by the FBI.

We stand by our story. The image was emailed to law enforcement agencies yesterday afternoon seeking information about these men, as our story reported. We did not identify them as suspects.

Update, 2:28 p.m.: The New York Post has published a story indicating that the two young men are not suspects:

Investigators have now cleared the two men whose pictures were circulated last night in an email among law enforcement officials, sources told The Post today.

Authorities determined neither had any information or role in Monday’s attacks at the Boston Marathon.

The pictures, which were distributed yesterday evening in an attempt to identify them, show the two men standing with a backpack and duffel bag near the finish line, where a pair of bombs killed three and maimed 176.

One of the two young men, Salah Bartoun, has spoken to ABC News in an exclusive interview.

Barhoun's younger brother, who declined to be identified, said that it made his mother "sick and upset" that her son had been connected to the tragedy."

"It made her think he had done something wrong," the teen's younger brother said. "My brother is not the bomber."