Bloomberg: A man who lost both legs in the bombing helped describe a suspect to the FBI, aiding the investigation 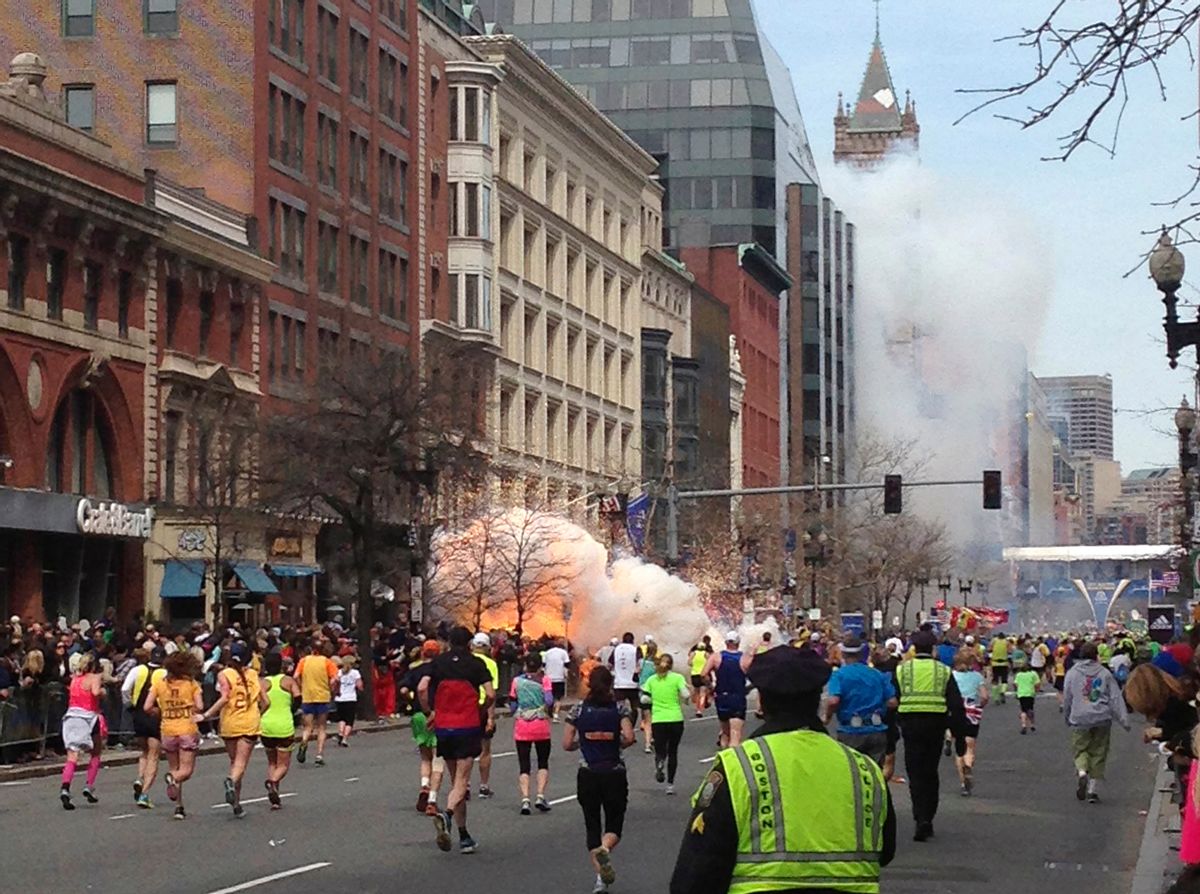 Bloomberg reports an amazing story tonight about Jeff Bauman, who lost both legs in the bombing at the Boston Marathon finish line.

According to the report, Bauman watched as someone dropped a bag by his feet, and was then able to describe the man to the FBI, helping investigators sift through a massive amount of video and photographs and focus their search.

Just before 3 p.m. on April 15, Bauman was waiting among the crowd for his girlfriend to cross the finish line at the Boston Marathon. A man wearing a cap, sunglasses and a black jacket over a hooded sweatshirt looked at Jeff, 27, and dropped a bag at his feet, his brother, Chris Bauman, said in an interview.

Two and a half minutes later, the bag exploded, tearing Jeff’s legs apart. A picture of him in a wheelchair, bloodied and ashen, was broadcast around the world as he was rushed to Boston Medical Center. He lost both legs below the knee.

“He woke up under so much drugs, asked for a paper and pen and wrote, ‘bag, saw the guy, looked right at me,’” Chris Bauman said yesterday in an interview.

Those words may help crack the mystery of who perpetrated one of the highest-profile acts of terror in the U.S. since the 2001 assault on New York City and the Washington area, one that killed three people and wounded scores.

While still in intensive care, Jeff Bauman gave the FBI a description of the man he saw, his brother said. Bauman’s information helped investigators narrow down whom to look for in hours of video of the attack, he said.