The Tsarnaevs and me

I saw the suspects' mother for facials. She was hard-working but her political leanings made me nervous 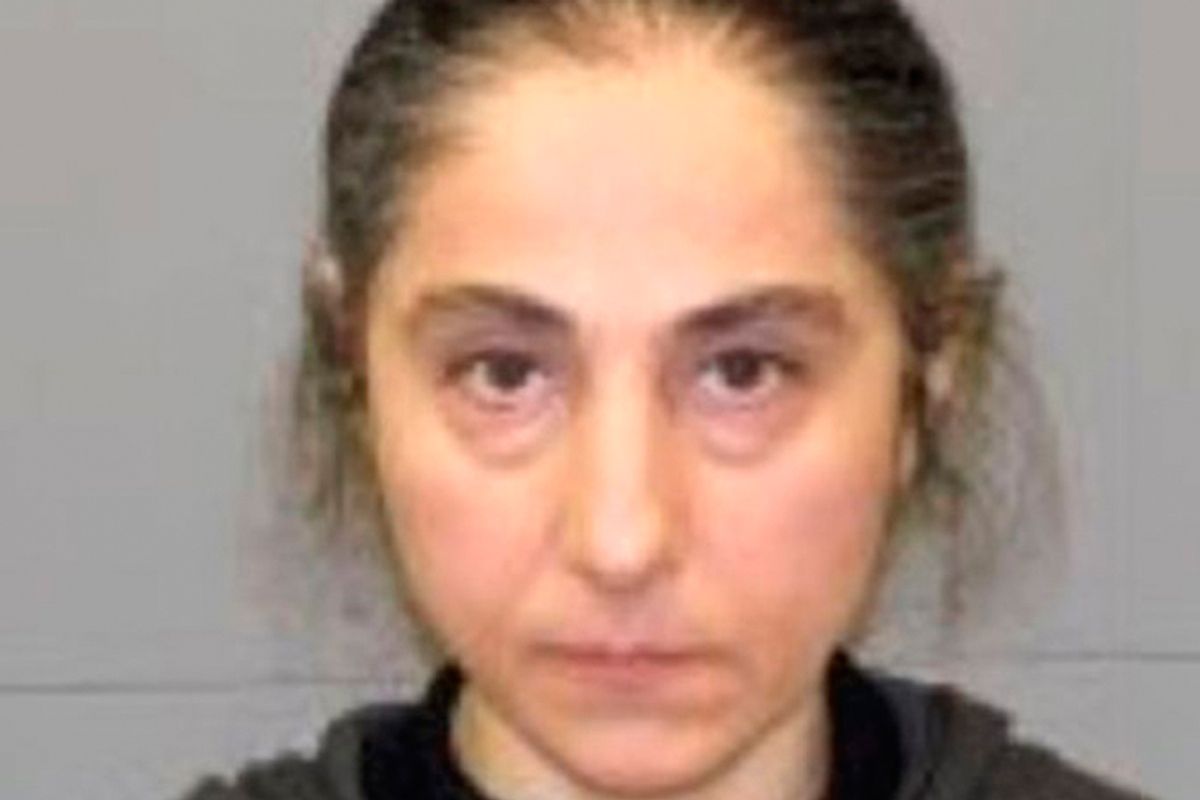 Zubeidat K. Tsarnaeva, mother of Tamerlan and Dzhokhar Tsarnaev, in a June 2012 booking photo released by the Natick, Massachusetts police after she was arrested on a shoplifting charge. (AP)
--

This piece originally appeared on the author's tumblr.

I started getting facials from Zubeidat Tsarnaeva (pronounced Zu-bey-da) six years ago when I was 17 at a spa in the Boston area. She soon after left the spa and contacted my mom to have us start coming to her house, at [redacted], right on the line of Cambridge and Somerville. All throughout my senior year of high school and four years of college I went to her house about three times a year. The last time I went to the house was in December and January of 2011/2012.

The first few years the third-floor apartment was often crowded with her two sons, now identified as the alleged Boston Bombers, and her two daughters, one of whom was around my age. It was definitely not a glamorous place to get a facial, as the “spa” was set up in her living room, and during these years the family expanded. The staircase was crowded with their shoes, the house filled with noises of arguing, cooking, etc. She would often apologize for this. Her daughters and Dzhokhar, the younger son, always struck me as perfectly nice and normal kids about my age. As far as I knew the daughters also attended Rindge (the local public high school) along with their brother. She gave a damn good facial, often working on my skin for two or three hours, and this is why my sister, mom and I continued to go back to her home for years.

During this time first one of Zubeidat’s daughters, and then the other, were set up in arranged marriages, and started having kids. This was something I found slightly disturbing, as one was just my age (18-19) and didn’t seem to be happily married. Within two years I heard that she had been beaten badly and eventually filed for divorce, which was at first against her mother’s wishes. Later Zubeidat said that she had accepted the divorce because it was an unhappy marriage. Her daughter then moved back into the house with her child. Her younger son, Dzhokhar, was often in the room or the room next door looking after his nephew while I was getting my facial. There were usually issues with parking on her crowded Cambridge Street. Sometimes she would have Dzhokhar go down to the street to put the visitor-parking pass into my car window (Yes, I gave him my car keys). Once he moved my car, which made me nervous, as the street was so crowded and parking spots so small. Dzhokhar was always friendly to me and seemed easy going. In 2010-11, there was a day when Dzhokhar wasn’t home, so Zubeidat took the parking pass out to the street for me. I noticed that she first put on a hijab before going outside. She had never worn a hijab while working at the spa previously, or inside the house, and I was really surprised.

Between 2008 and 2012 I got to know her pretty well. During those 2-3 hours I spent a lot of time asking her about her personal life, background and her family. (I’m a writer and tend to ask people exhaustive questions about their personal lives, especially as interesting a character as this.) The hijab shouldn’t have surprised me so much, because she had become increasingly religious while I was in college. She often mentioned Allah, and the lessons of the Koran. “Allah will reward him,” she said once about my brother, when I told her that my brother and mom were close, and that I thought my brother would take care of my mom later in life. She started to refuse to see boys that had gone through puberty, as she had consulted a religious figure and he had told her it was sacrilegious. She was often fasting. She told me that she had cried for days when her oldest son, Tamerlan, told her that he wanted to move out, going against her culture’s tradition of the son staying in the house with the mother until marriage. She started saying things like, “Don’t worry, there aren’t men in the house today,” when I asked if I could use the bathroom, which I thought was kind of funny at the time, since I didn’t mind if there were men in the apartment or not.

In my last year of college I was getting a facial from her, and asking her about why she had originally come to the United States with her family about eight or ten years previously. She told me that she and her husband had been lawyers and political activists in Russia. They had fled the country after “something that her husband did.” Her daughter had recently been divorced at this time, and her daughter’s ex-husband had taken their child to Russia, refusing to return him. Finally the child was returned. When my mom asked Zubeidat how they had gotten the child back, she told her that “my [Zubeidat’s] husband is crazy” and everyone knew it. When he threatened the daughter’s ex-husband’s family, they returned the child. During this facial session she started quoting a conspiracy theory, telling me that she thought 9-11 was purposefully created by the American government to make America hate Muslims. “It’s real,” she said, “My son knows all about it. You can read on the internet.” I have to say I felt kind of scared and vulnerable when she said this, as I am distinctly American, and was lying practically naked in her living room.

Throughout my years of knowing Zubeidat I certainly had more contact with her daughters, one of whom attended the Catherine Hinds Institute and aspired to open a spa, and Dzhokhar, than with the older brother Tamerlan. Those three children were always friendly and kind to me. I think I only met Tamerlan twice, and he wasn’t friendly. Zubeidat certainly mentioned arguing with him, and being worried about him in general after he got his girlfriend pregnant. I never met Zubeidat’s husband. I know that a few years ago her husband got cancer, but she told us that the doctors had caught it early, and that he was doing well. She made one long trip to Russia in the period of 2011-2012.

While Zubeidat was very good at giving facials, I can say that her increased religious zeal and offensive political suggestions about 9-11 in part influenced my decision to not return to her home since January 2012. Those details aside, she struck me as a hard-working woman who cared a lot for her family. When my mom called me earlier today, telling me about how she had seen the picture of Dzhokhar this morning and called the FBI, I couldn’t believe it. As her client for years I felt affection for Zubeidat and was very distraught to hear that her sons could have committed such horrific crimes. When I read online that she had left for Russia a few months ago, my first reaction was to think that she might have known about the attacks her sons were allegedly planning. Articles online suggest that she is in Russia because of her husband’s poor health. I know that her husband often went to Russia without her, and for extended periods of time. She was also very close with her sons and showed many signs of political leanings herself. Of course this is only my personal conjecture, and to my knowledge there is no proof about the parent’s involvement at all.

The actions of the two men have been atrocious beyond words. I wrote this story in order to help clarify some of the untruths I read online during the past few days, and I hope that any knowledge I have shared about the family can help investigators get to the bottom of these terrorist actions and not cause any further harm. Since writing the original article I have experienced enormous relief following the capture of Dzhokhar. I continue to pray and think about the victims of the bombings and everyone in Boston.

Alyssa Kilzer is a 23-year old writer and yoga teacher. She is earning her Master's degree in Writing, specializing in life-writing and non-fiction works. She is originally from the Boston area. This piece was originally published on her tumblr.