A Londoner sues over women-only hours and gets called a jerk and a "limey nutsack." But he might have a fair point 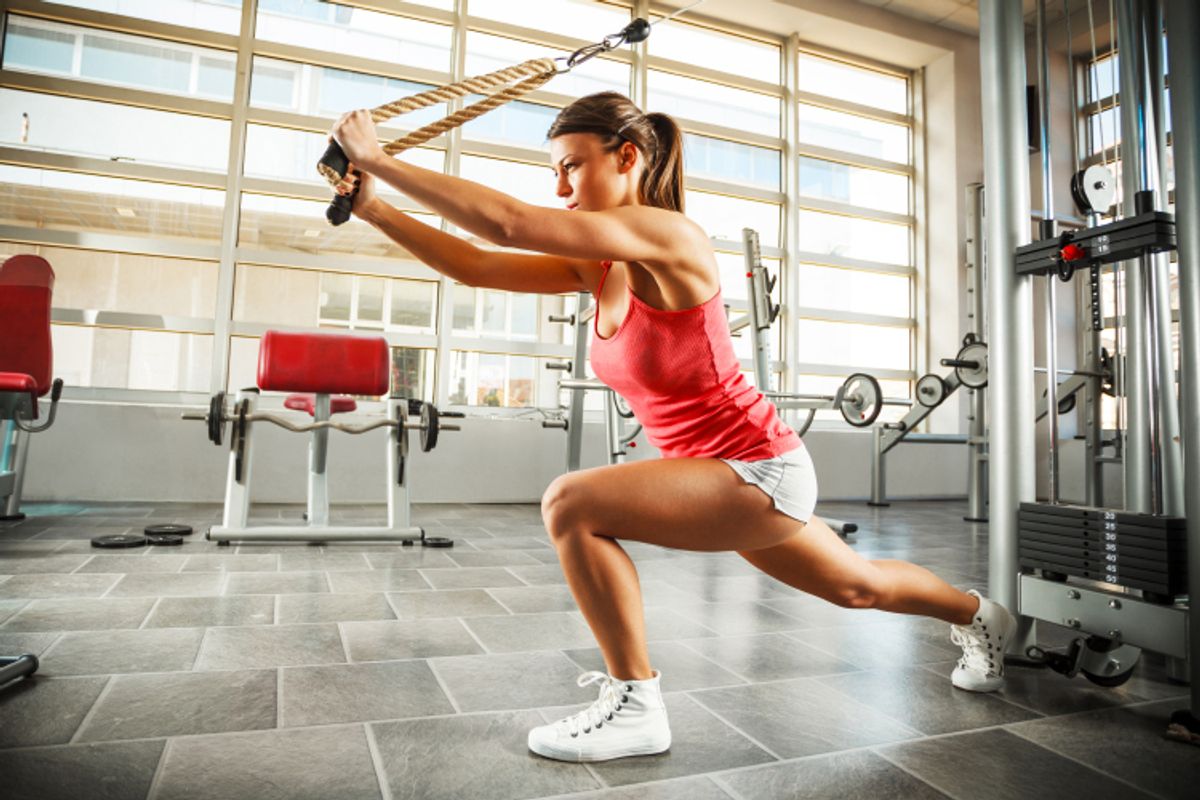 If a club has a policy of regularly excluding one gender, would you automatically assume it's being sexist? What if the group being shut out is guys?

That's the question that has set British gym shorts in a proverbial twist in recent weeks, after a man decided to sue London's Kentish Town Sports Centre for offering 442 hours a year for women-only hours.

Writing last week in the Daily Mail, patron Peter Lloyd explained his beef with the gym, noting that "they still charge them the same full-price membership fee as women, but refuse to offer the equivalent option of male-only sessions." Jezebel promptly labeled Lloyd a "jerk," who should "give us our 442 hours a year and stop crying." Wonkette, meanwhile, less charitably referred to him as a "Limey nutsack."

I understand that reaction all too well. When I lived in Boston several years ago, I was a member of the women-only gym Healthworks – right at the same time a local lawyer named James J. Foster sued the facility for discrimination. It was a lovely place. It always smelled nice and they played a lot of Backstreet Boys. Though Foster eventually won the case, the state swiftly moved to permit single-sex facilities. Fifteen years later, the club is still female-only, where it continues to "empower women to be strong, both physically and mentally."

For many of us, there's a vulnerability that comes with fitness training, with exposing our bodies and moving them in ways that may not always be perfect or graceful or deferential to the world at large. The appeal of safe, supportive, private environments -- to both men and women -- is understandable. God knows I missed my Boston health club tremendously when I moved back to New York and found myself briefly at Club Juicehead, where the equipment room perpetually rang out with the EAAAAAAGGGGGHS of thick-necked musclemen.

Furthermore, equality is not a simple, linear affair. It's pretty hard to get worked up about the injustice of female-only gyms – or spaces that offer limited female-only hours – in a world where women are routinely, glaringly shut out of far, far more spaces than a few spin classes. Yet when Foster sued Healthworks, he found himself with an unlikely ally – the National Organization for Women. Massachusetts NOW president Cheryl Garrity said at the time, "If you want equal rights, then you want them for everybody -- not just when it benefits you."

Difficult as her words may be to accept, she was correct. A fitness club in London is not responsible for righting all the sexist injustice in the world, and making men and women pay the same amount for membership while offering women more hours to use the facilities simply isn't fair. It also suggests, in an institutionalized way, that women might somehow need protection from men when they work out, which is also unfair.

More than all that, though, the biggest reason to rethink the policy is that restriction gives ammunition to those who may in fact be Limey nutsacks. Johnson doesn't exactly come across as a concerned consumer, challenging an inequitable business practice. Writing in the Daily Mail, he instead rails against "a group of agenda-driven feminists [who] say a minority of women 'feel' bad about their bodies." It has all the echoes of James Foster's condescending, long-ago vow to show up at Healthworks with "a big box of chocolates and some flowers." Why feed these trolls, why give them attention? But because a guy is gross doesn't mean he's entirely wrong.

And in the meantime, female-friendly spaces like Boston's Healthworks and Curves aren't going fully integrated any time soon anyway. Why? Because plenty of normal, sweaty, sneaker-clad people without an ax to grind just don't find it a big enough deal. Even without firm policies, many men and women will naturally gravitate to separate quarters now and then. Opening up gyms to both sexes frees both sexes to decide for themselves how and when to best use the facilities. It's not an evil misandrist conspiracy. It's just that not everybody wants to cardio-kickbox to the Backstreet Boys together.