From murder to stock-car racing to GMO seeds, "At Any Price" paints a searing portrait of the Corn Belt 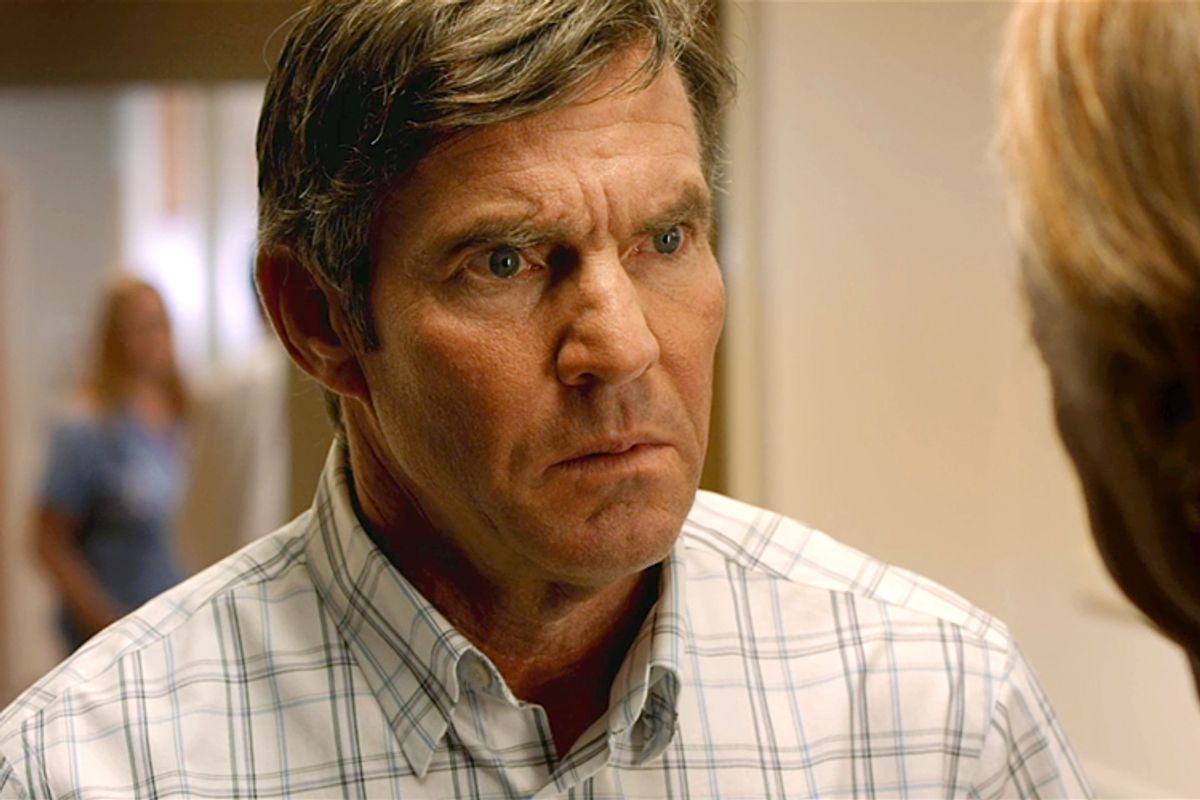 Movies about so-called ordinary people in the American heartland, even when they’re pretty good, tend to be driven by a reflexive and almost guilty sentimentality. Even the hardened, cynical coastal types who make films don’t want to challenge the national myth that life in rural America possesses a realness absent in more metropolitan surroundings. There’s some genuine history behind that myth, in the sense that over the course of the 20th century the nation’s population and economy permanently shifted away from the agrarian republic imagined by the founders, but a great many of us have rural roots in the not-too-distant past. One of my grandfathers was an Irish immigrant, but the other was born in a prairie town I’ve never even visited, to a father who sold Case tractors.

One of the best things about Ramin Bahrani’s bracing farmland thriller “At Any Price” is its refusal to condescend to the Iowa farm family at its center by depicting them as nobler, more innocent and less sophisticated than other people. Many people who see this movie will be understandably focused on Zac Efron’s intense performance as Dean Whipple, the family’s handsome but embittered youngest son who yearns to be a stock-car driver. But for me the breakthrough in “At Any Price” comes from 59-year-old Dennis Quaid, cementing his character-actor renaissance with what may be the nastiest role of his career.

Quaid’s character, Henry Whipple, is Dean’s dad. More important, as he’ll inform anyone within earshot at the slightest opportunity, he’s also the top seed salesman in seven southern Iowa counties for a major agribusiness corporation. (Which, just to be clear, is absolutely not meant to resemble Monsanto, nor to reflect that company’s standards of corporate citizenship!) Except that Henry’s No. 1 status might now be down to six counties, since his turf has been invaded by the more aggressive and successful Jim Johnson (the always terrific Clancy Brown) and his unctuous pair of sons. There’s also the problem that Henry has been two-timing the big seed company by illegally washing and reselling their patented seeds. (As connoisseurs of agricultural policy know, this is a major issue in farm country: The genetically modified seeds produced and sold by companies like Monsanto are considered patented intellectual property, and farmers have no right to replant them year after year without paying.)

Add to that the fact that Henry is a cheating husband, a meddlesome and irritating dad and an all-around pompous ass, and Dean’s desire to punch Henry in the face, get out of the house however he can and become a Nascar superstar become entirely understandable. A typical exchange between them goes like this: Dad, rhetorically and in an irritated tone: “Son, when I look out the window, do you know what I see?" Dean, staring into the engine of his modified stock Chevy: “Corn.”

“At Any Price” features stock-car racing, a homicide and a subsequent coverup, along with Efron’s Dean getting it on with Meredith (Heather Graham), a woman at least a decade older than him who’s also sleeping with his dad. But I feel like Bahrani sticks all these plot elements in to make the film feel more mainstream than it actually is, when his real interest lies in precisely capturing the details of life in those heat-blasted, flat Iowa cornfields and the prickly, explosive dynamic between father and son. While Quaid and Efron are clearly the leads, Kim Dickens delivers a sneakily great performance as Irene, the lovely, decent and resolutely loyal wife and mother who pretty much forces Henry and Dean together in the face of a crisis that could lose them their farm and their livelihood.

If you’ve already heard of Ramin Bahrani, then you’ve spent nearly as much time perusing the fringes of American indie film as I have. A North Carolina native who was partly educated in Iran (his parents’ homeland), Bahrani made three terrific films about immigrants struggling in America in different ways – “Man Push Cart,” “Chop Shop” and “Goodbye Solo” – before moving to this somewhat bigger budget and all-American setting. But “At Any Price,” like his earlier movies, is about individuals struggling to define their moral code when faced with crises driven by the big impersonal forces of the global economy. I’m not that happy with the bland title that suggests run-of-the-mill inspirational drama (although it actually fits once you understand it), but this movie offers tremendous acting and considerable thematic subtlety.

Henry would probably be a jerk-ass dad with or without the seed-cleaning crisis, and Dean’s rebel-without-a-cause act is a bit tiresome. But the grinding force of international capital at work in the cornfields – offering Hawkeye farmers the choice, “Get big or get out” – makes them both worse than they are and also worsens the nature of their conflict. Only Dean’s free-spirit girlfriend, Cadence (Maika Monroe), who looks briefly like the junior saleswoman who will save Henry’s business, gets out unscathed. The Whipples, the Johnsons, Meredith and everybody else in those hotly contested counties of southern Iowa remains tied to those cornfields by blood.

“At Any Price” opens this week at the Angelika Film Center and Lincoln Plaza Cinemas in New York and the ArcLight Hollywood and the Landmark in Los Angeles. It opens May 3 in Chicago, San Diego, San Francisco, San Jose, Calif., and Washington; May 10 in Boston, Dallas, Denver, Houston, Minneapolis and Phoenix; and May 17 in Atlanta, Baltimore, Boca Raton, Fla., Cincinnati, Cleveland, Miami, Palm Springs, Calif., Philadelphia, Portland, Ore., Sacramento, Santa Cruz, Calif., and Seattle, with wider release to follow.