Is there too much breast cancer "awareness"?

Yes, the world is a pinker place. But an author (and survivor) says we're squandering time, money and resources 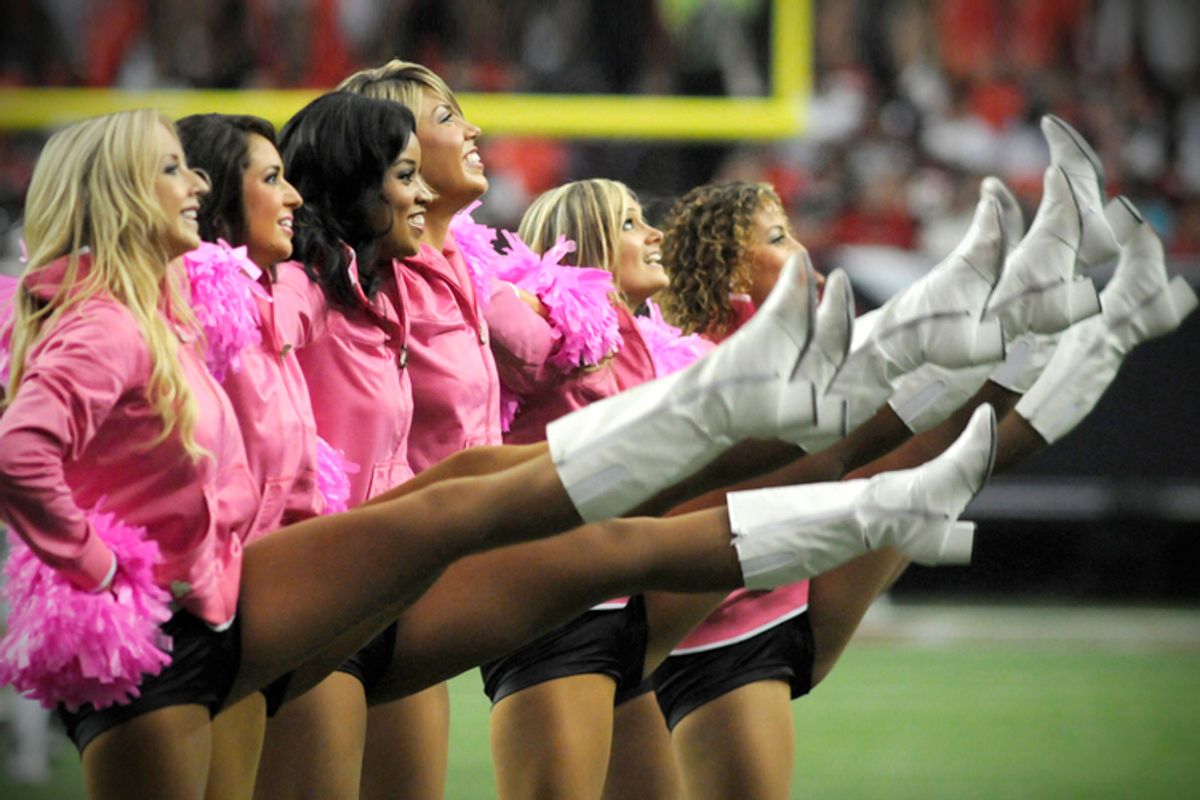 Facing the helplessness of disease – especially a disease that has a penchant for women, for our mothers and our friends and daughters – it feels good to go on the offensive. It feels good to believe we are somehow collectively "battling" it. It feels good enough, in fact, to have turned breast cancer into a big, Pepto Bismol-colored business, and to have driven unprecedented droves of women into prophylactic mastectomies.

Yet reality is far more complicated than a jaunty ribbon on a lapel or the hopeful promise of "early detection." And the key to unlocking the secrets of a pernicious disease will not be found in a pink bottle of nail polish -- or even, very likely, in radical defensive surgery.

That point is well-illustrated in author Peggy Orenstein's blisteringly sensible cover story for the New York Times Magazine on "Our Feel-Good War on Breast Cancer." (It will appear in print this weekend, but is on the Times' site now.) Orenstein knows well the nightmare of breast cancer. She was diagnosed in 1996, at age 35. A decade and a half later, she was diagnosed again. And that span of time represents a massive shift in our cultural relationship with breast cancer – and a surprising new concern: what she calls "the dangers of overtreatment."

As Orenstein writes, a mammogram like the one that first detected her cancer does "reduce, by a small percentage, the number of women who are told they have late-stage cancer, but it is far more likely to result in overdiagnosis and unnecessary treatment, including surgery, weeks of radiation and potentially toxic drugs." Of particular interest to Orenstein are the 60,000 new diagnoses annually – roughly a quarter of them -- of ductal carcinoma in situ (DCIS). Also known as "Stage Zero," DCIS is not cancer, just the presence of abnormal cells that could become cancer. Complicating matters is the fact that, as Orenstein notes, "There are at least four genetically distinct breast cancers," and that "Mammograms, it turns out, are not so great at detecting the most lethal forms of disease."

The presence of any unusual cells, of course, remains a big, scary red flag. And action has a more can-do appeal than wait-and-see. That's likely why the same tremendous progress we've made in detection has led -- and not necessarily helpfully --  to "a 188 percent jump between 1998 and 2005 among women given new diagnoses of DCIS in one breast … who opted to have both breasts removed just in case" and a stunning 150 percent rise among women with early-stage invasive disease. There's a whole population of women who've gone under the knife for something that may well never have blossomed into a life-threatening condition.

As Orenstein told Salon Thursday, "We've been lulled into a false sense of security. I felt that some of the issues around mammography and DCIS -- and the idea that it was being seen as a triumph of early detection instead of a casualty of it -- weren't being put together in a big coherent way."

Make no mistake – breast cancer is a very real and horrendous beast. Last year, I watched two friends and fellow mothers die of it, in their mid-40s. I've seen countless more women endure the rigors of chemo and radiation and multiple surgeries because of it. But all the easy, rah-rah happy talk of "awareness" in the world – a phrase that anyone who's faced cancer has heard ad nauseam – is virtually meaningless in the face of the real and sophisticated array of diseases that cancer truly is, and how it behaves. Sure, if you have a condition that can metastasize at a demonic rate – like my own melanoma – early detection and aggressive treatment can make a life-or-death difference. DCIS? Maybe not. Astonishingly, Orenstein says that "a quarter of screening-detected [breast] cancers might have gone away on their own."

Meanwhile, at a time when women who've never even truly had cancer are hailed as "survivors," people who are seriously sick are lost in the cheerleading for early detection as some sort of miracle panacea. Orenstein reports that "only an estimated 0.5 percent of all National Cancer Institute grants since 1972 focus on metastasis" because unfortunately, as University of Kansas Cancer Center chairman Danny Welch says, "A lot of people are under the notion that metastatic work is a waste of time."

"Surviving" something that might not ever have grown into a severe threat makes for a happy-ending story. Having a disease that's genuinely out to kill you? Still alarmingly taboo. It's kind of funny – for all our talk about "the cure," so little attention and research and funding is actually going to treat the people who need a cure the most.

In the years since Peggy Orenstein was initially diagnosed, the world of cancer has become an ostensibly more enlightened and indisputably pinker place. It has resulted in a glut of neatly repeated, taken-at-face-value ideas that early detection equals survivorship, and a whole lot of women voluntarily losing their breasts. Yet Orenstein told Salon, "We need to make sure that our focus and our pressure is bought to bear to where it needs to be. I can't afford to have people squandering so much time and energy and money in the name of breast cancer." And a spate of sloganeering hasn't translated into deeper public understanding. As Orenstein says, "Awareness has become obliviousness."