What have you all done to yourselves? I've loved you for decades, but your plastic features are freaking me out 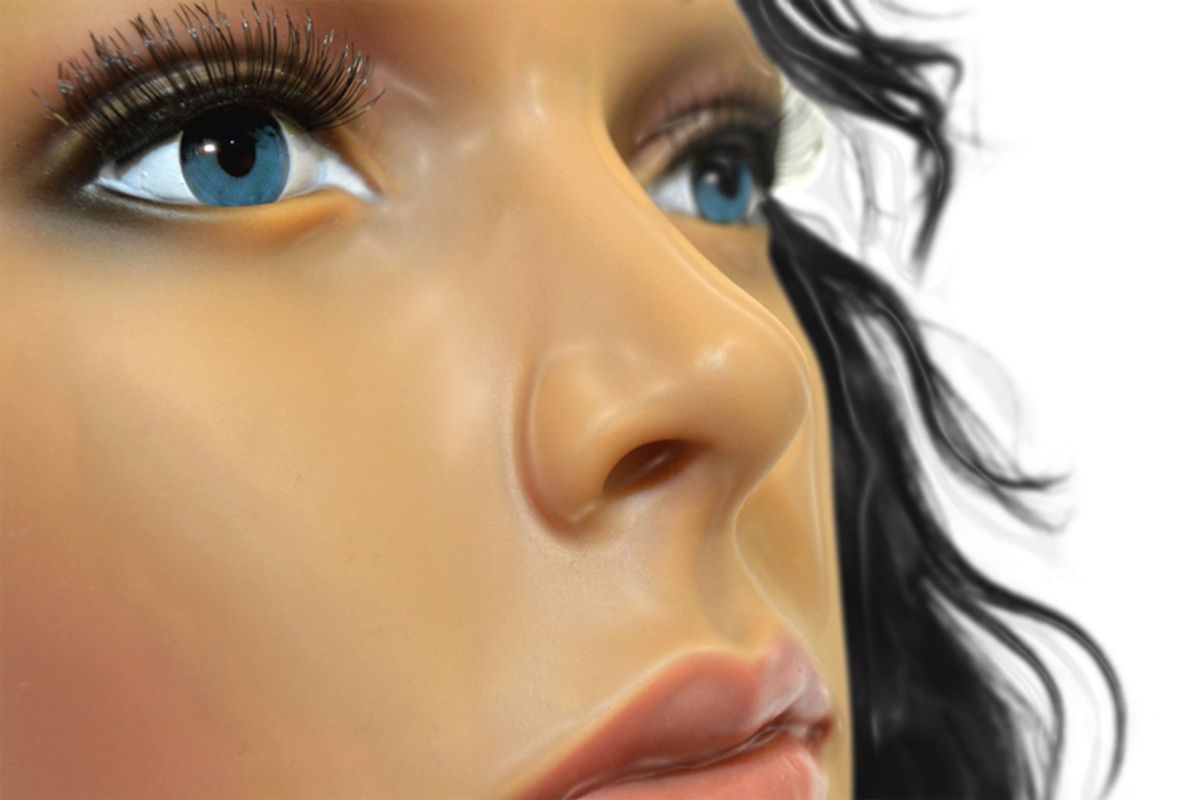 Hey, lady. You, lady. Beloved celebrity of my generation, icon with a career spanning decades. I saw a story about you today and I was excited, because I've always been your fan. Then I looked at it. And I just want to know one thing. Girl, what the eff have you done to your face?

I've tried to ignore it. I've tried not to say anything. Not just to you, today, but to lots of female celebrities, for years. I want to believe that if you were to go out and get a tattoo that said "I LOVE CHEESE" across your forehead, I would support your right to do whatever makes you happy. And as someone who keeps a stock of hair color in her closet in case there's ever a Feriapocalypse, and who doesn't own an item of makeup or moisturizer that doesn't boldly feature the word "youth" on the packaging, I'm not one to espouse growing older gracefully. I'd never sell anybody on the nobility of looking like you just stepped out of a Dorothea Lange photograph.

But I'm really beginning to wonder if you've considered whether you're getting your money's worth here. I imagine you're pretty well off. Your residuals income alone must be generous, and you still work steadily -- although you haven't actually acted in a bit. So why do you look like a crazy person? I take that back. Like a crazy doll. One side of your face is visibly higher than the other. Your skin looks like it hasn't seen blood flow in a few years. Your long, long eyelashes flutter all the way up to your eyebrows, which are located directly below your hairline. I'll say this, though, you are smooth as hell. If you were going for Pennywise, but with a giant pair of knockers, mission accomplished.

I want you to know that whatever you think of your fans, I don't expect you to look like you did 25 years ago -- or even a decade ago. And I'm genuinely sorry that you have to live in a crappy, supermarket tabloid-saturated, gossipy website-overrun world in which Now and Then photos of stars who've had the temerity to not remain forever 18 are excoriated for it. I hate that the whole, "Look at her today! Remember when she was cute?" thing exists. It sucks out loud. And I cannot fathom what it is like to try to work in an industry that churns out lithe teenagers like a Lucy Ricardo chocolate factory.

But what I'd like somebody to tell you – and your plentiful frozen-faced costars of both sexes – is that the clearly tremendous amount of time and money and no doubt physical pain you have expended has not made you look younger. It has not made you look better. It has made you look hard and expressionless and, if I didn't know better, as if you'd somehow managed to become a CGI replica of your former self. And I've really got to wonder if, living in your echo chamber of show business, you've sacrificed the original goal of looking good for this generic, truly weird end result of your extreme procedures.

I suspect that plenty of our more natural-looking performers over the age of 35 routinely get work done too. They can talk about drinking water and applying sunscreen all day long, but there may well be a little extra freshening up going on as well. And you know what? Good for them. If they've figured out how to game Father Time, fine. But they also still have recognizable faces and bodies, even if they are still considerably more attractive than most. They don't look waxen and they don't look like they were all stamped out by the same bizarro-world cookie cutter. It's not just that too many people now look exactly the same. It's that it's not a sameness that does you any real favors.

You may think you look fantastic. And if when you gaze into the mirror you are pleased, well, then, even if the lower part of your countenance can no longer move in an upturned way, I'm happy you're smiling on the inside. You live in a vastly different world from most of us, and it no doubt affects your aesthetic criteria. Or you may feel you have no choice, that you're doing this because your agent and your handlers tell you that you have to do this to stay in the game. I just wish that the next time you're speed dialing your surgeon and before you go the full Michael Jackson, someone would stage an eye lift intervention, force you to watch "Death Becomes Her," and ask you: WHAT IN THE HELL?

I think that somewhere along the way, you and your buddies forgot what a face is supposed to look like. You walk on red carpets together with other wide-eyed, painfully taut creatures, and so maybe you believe that's a thing. But out here in the real world (PS: I live in Manhattan, for God's sake) most of us think "down on her luck porn star" is not the template a woman of your talent and reputation needs to be going for. I sure don't think it's one you should be paying for. And I wonder if the reason you and so many other performers of a certain age -- and beyond -- don't act as much isn't just because the roles aren't there but because you don't look like a person anymore. I love you, but I wouldn't believe you as somebody's mom. Unless that somebody was Sailor Moon.

Recently, I saw a photo of an actress who'd famously gone very gung-ho on plastic surgery a few years ago. For a while, she'd become so distractingly different it affected her credibility as a character. In the new photo, she looked – I'm not going to lie to you -- older. But she didn't look like she'd completely given up on life either. She just looked a little softer and considerably less robotic. And when I saw that image, I felt a surprising sense of relief. It was good to see this appealing, entertaining lady back, back in the land of the flesh and blood. Back with her eyes somewhere near the center of her face, her brows back down closer to greet them. She was promoting her new role. She was playing a human being.