Hyundai's shocking ad: You can't kill yourself in our car 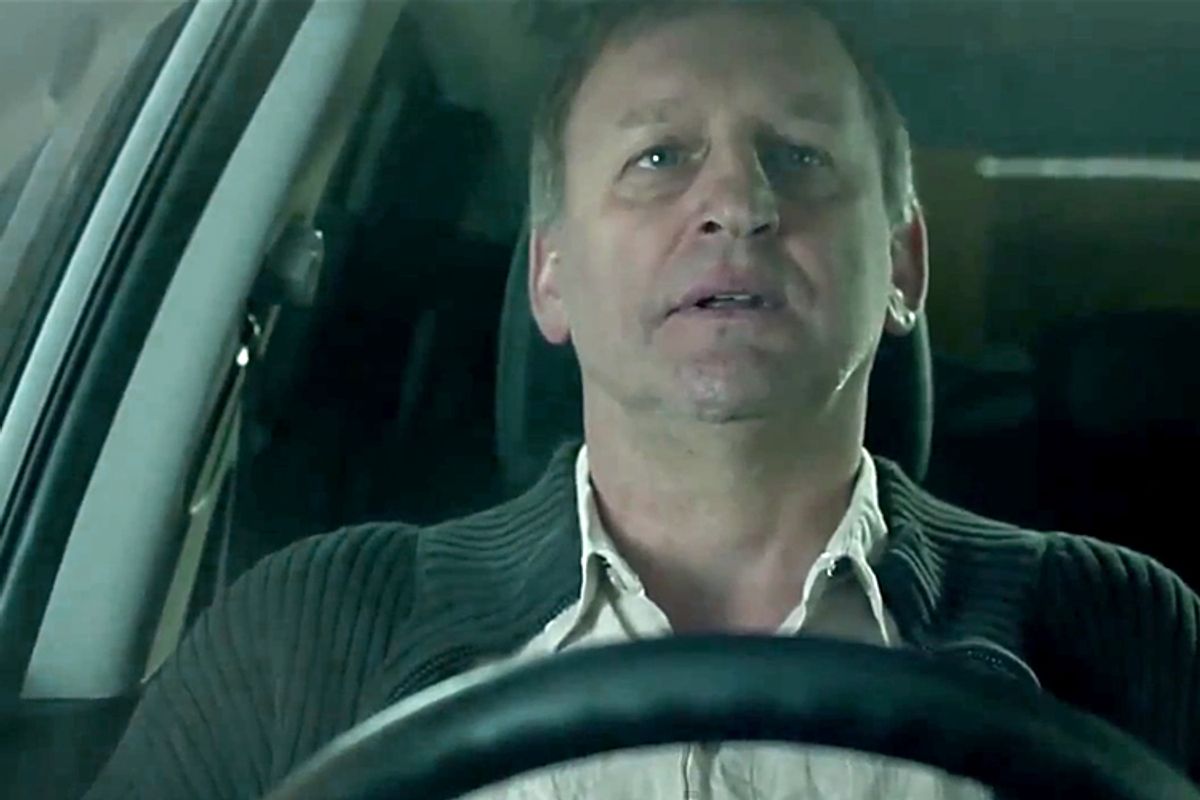 The good news is that Ford is no longer the front-runner for the most tasteless, boneheaded ad campaign of the year. Sorry, America! South Korea’s largest automaker, Hyundai, and its advertising agency Innocean Worldwide Europe, has utterly stolen your glory.

In the spot, hilariously titled "Pipe Job," a grim, middle-aged man is seen in his garage, methodically taping and running a pipe into his car. He then sits inside stoically, breathing deeply, his face a mask of weary woe. Cut to nightfall, and the man emerging from the garage very much alive. The tag line? "The new iX35 has 100 percent water emissions." Apparently someone thinks Hyundai's target demographic is the depressed, unsuccessfully suicidal car-buyer market. Way to own it!

After the spot came to light on AdLand recently -- and a few people gently pointed out that it was the worst idea in the universe -- the car company issued its inevitable apology. The first statement was a classic soft-pedal, a message from the company's North American branch that "We understand that some people may have found the iX35 video offensive. We are very sorry if we have offended anyone." Some. If. Whatever.

A later statement, however, was more strongly worded. "Hyundai Motor deeply and sincerely apologizes for the offensive viral ad," it reads. "The ad was created by an affiliate advertising agency, Innocean Europe, without Hyundai's request or approval." But as Forbes points out, Innocean is "an in-house ad agency," a status abundantly clear on its website.

The Hyundai statement nevertheless continues to insist that the ad "runs counter to our values as a company and as members of the community. We are very sorry for any offense or distress the video caused. More to the point, Hyundai apologizes to those who have been personally impacted by tragedy." The company's seemingly baffled America spokesman, Chris Hosford, told CNN Thursday, "To the best of my knowledge it was never on any Hyundai Web site or Hyundai YouTube outlet." I guess it just magically appeared one day out of nowhere, and nobody has any idea about it how it was ever conceived, storyboarded, written or executed. But, hey, sorry.

The shrugging, accountability-free stance is similar to the one deployed by Ford, along with its Indian ad agency JWT, last month when it had to issue an apology after images of a "never meant for publication" campaign featuring Silvio Berlusconi smiling toward the back of his roomy car trunk – which was stuffed with voluptuous, bound and gagged women. Another image featured Paris Hilton winking toward her own truck, crammed with Kardashian sisters.

The dark side has its place in humor and certainly in salesmanship. And as AdLand alarmingly points out, Hyundai is not the first to use the bizarre, "Dammit why can't my car kill me like I wish it would?" sales pitch. Yet if you've ever lost someone to suicide or struggled against depression yourself, it's not a hyuk-hyuk memory that will make you want to go out and drop a few thou on a new vehicle. As ad copywriter Holly Brockwell, whose father killed himself in his car, wrote on her CopyBot blog, "I could – and still can – think of a thousand more interesting, creative ideas that wouldn’t have left me feeling like I’ve just lost my dad all over again."

The disturbing aspect of the whole sick farce is the undeniable truth that long before anybody pointed out that this concept was offensive to the point of being cruel, a whole slew of individuals collaborated to create and execute it -- and they did so without stopping to consider the moral repulsiveness of it. And though the company can continue to brag of its clean emissions all it wishes, right now, it smells entirely toxic.