The cable network sees what it wants to see 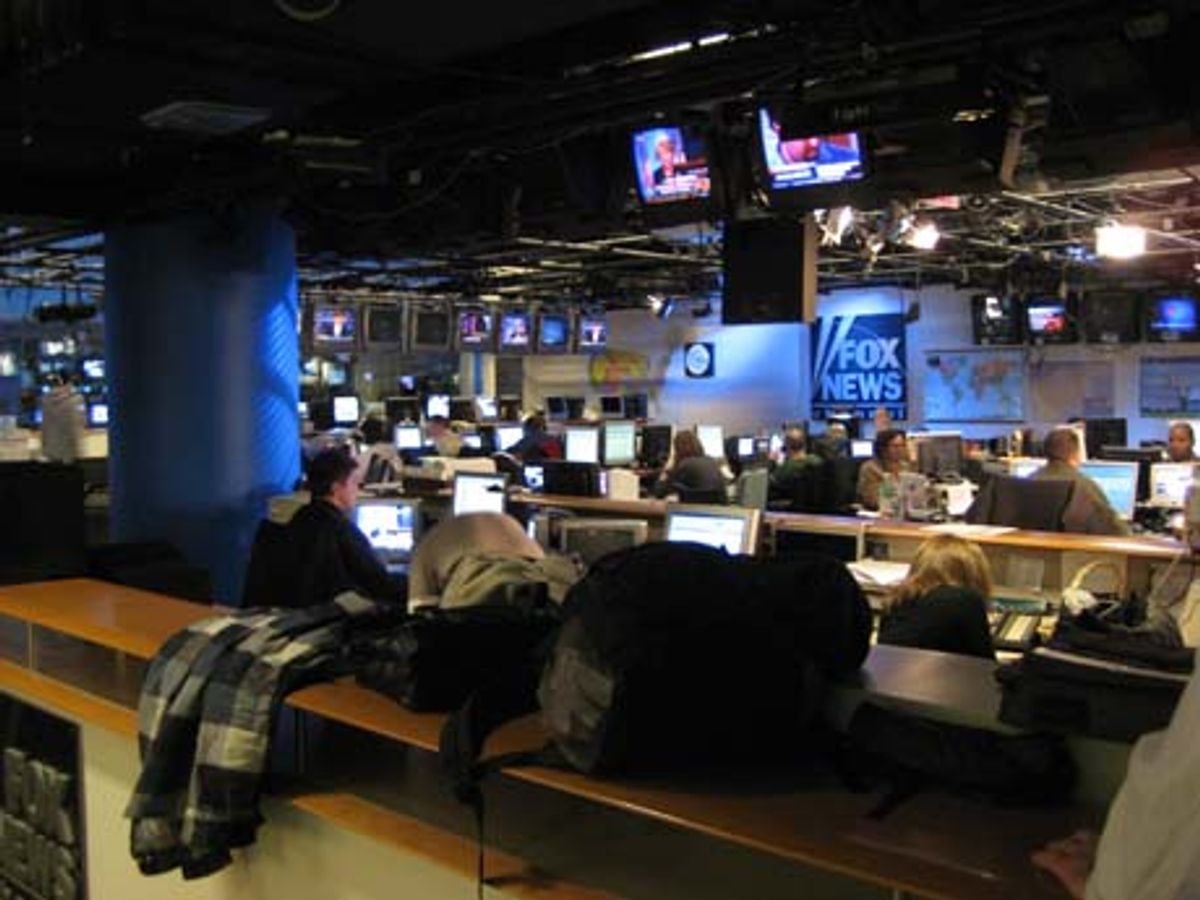 On August 5, 2012, just before 10:30 in the morning, Wade Michael Page pulled up outside the Sikh temple in Oak Creek, Wis., took out his semi-automatic handgun and started killing worshipers. An Army veteran and an avid bass player in a neo-Nazi rock band, Page killed two Sikhs outside the house of worship and then made his way inside. There, he reloaded and killed four more, including the president of the temple who was shot while trying to tackle Page. Three more were critically wounded in the massacre.

When local police descended, Page opened fire and shot one officer nearly ten times. When the authorities returned fire and shot Page in the stomach, he took his 9mm pistol, pointed it at his own head, and pulled the trigger.

According to acquaintances, the 40-year-old killer hated blacks, Indians, Native Americans and Hispanics (he called non-whites "dirt people"), and was interested in joining the Ku Klux Klan. Immersed in the world of white power music, Page's band rehearsed in front of a Nazi flag.

Note that back in August 2012, Fox News didn't care very much about Wade Page and the wild gun shootout he unleashed in an act of domestic terror in the Milwaukee suburb, nor did Fox suggest the event was connected to a larger, more sinister terror trend. In fact, in the days that followed the gun massacre, there were just two passing references to Page during Fox's prime time, one from Bill O'Reilly and one from Greta Van Susteren. No guests were asked to discuss the temple shooting, and after one day the story was completely forgotten.

In one rare occasion when the conversation did turn to Page's motivations, Fox's opinion hosts were quick to criticize the notion that he was a far-right extremist. (He clearly was.) On The Five, after co-host Bob Beckel referred to Page as "right-wing skinhead," he was quickly shouted down by his colleagues. Co-host Andrea Tantaros stressed that the killing was an isolated event that didn't have any larger implications. "How do you stop a lunatic?" she asked. "This is not a political issue."

Fox's guarded response to an extremist's killing spree was striking, considering that in the wake of the Boston Marathon bomb attack Fox News has gone all in (again) with its war on Islam as the channel fights its latest bigoted chapter in the War on Terror. It's striking as Fox tries to blame a larger community for the act of two madmen because it's the same Fox News that often can't find time to even comment, let alone report, on what's become regular, and often deadly, right-wing extremist attacks in America.

From neo-Nazi killers like Page, to a string of abortion clinic bombings, as well as bloody assaults on law enforcement from anti-government insurrectionists, acts of right-wing extreme violence continue to terrorize victims in the U.S. ("Fifty-six percent of domestic terrorist attacks and plots in the U.S. since 1995 have been perpetrated by right-wing extremists.") But Fox News is not concerned. And Fox News does not try to affix collective blame.

It's clear that Fox is only interested in covering and hyping a single part of the War on Terror; the part that targets Muslims and lets Fox wallow in stereotypes. The part that lets Fox accuse Obama of being "soft" on Islamic terrorists and perhaps sharing a radical allegiance. The part that lets Fox advocate for bugging mosques and eliminating other constitutional rights, and lets it unleash a collection of anti-Islam crusaders onto the cable airwaves.

Most important, Fox covers a War on Terror that lets it uniformly blame Muslims.

Keep in mind, though, there's been no reported evidence that anyone in the Cambridge, Mass., Muslim community knew about, condoned or helped plan the bombing perpetrated by Tamerlan and Dzhokhar Tsarnaev. In fact, it's possible the bomber brothers told nobody of their plan because local Muslims would have reported them to the police, the way a local imam tipped off Canadian officials who made arrests this week and thwarted an alleged rail bombing plot. (And the way local Muslims in Virginia and New York have helped prevent terror plots.)

Fox's ugly religious attacks represent a brazen display of bigotry and bullying. The hypocrisy is that Fox News routinely downplays acts of political, and religious, violence from far-right extremists, while making sure not to condemn those indirectly associated with them.

Such acts have been legion. During a robust period of political violence last decade, women's health clinics were attacked in January, May, and September 2003, January and July 2004, January, May, and July 2005, as well as May and December 2007, according to the National Abortion Federation.

Then in 2009, five clinics in Florida were the target of acid attacks.

More recently, two antiabortion firebombings occurred in 2011. And last year a woman's health clinic in Wisconsin was damaged when a homemade bomb was set off on the building's windowsill.

Of course, in May 2009, antiabortion extremist Scott Roeder shot and killed Dr. George Tiller while he attended church in Wichita, Kan.

And then there are the right-wing hate extremists who have plotted attacks against the government and minorities. Below is a partial list of attacks, or planned attacks, unleashed by radicals in recent years. The descriptions are taken from the Southern Poverty Law Center's 2012 report, "Terror From the Right: Plots, Conspiracies and Racist Rampages Since Oklahoma City."

Fox News talkers showed little interest in these terror plots, and no interest in making sweeping generalization about whether a larger political or religious community was to blame for them. And when you read the laundry list, keep in mind the assertion from Fox News' Brian Kilmeade: "Not all Muslims are terrorists, but all terrorists are Muslims":

June 8, 2008
Six people, most of them tied to the militia movement, are arrested in rural north-central Pennsylvania after officials find stockpiles of assault rifles, improvised explosives and homemade weapons, at least some of them apparently intended for terrorist attacks on U.S. officials.

April 30, 2010
Darren Huff, an Oath Keeper from Georgia, is arrested and charged with planning the armed takeover of a Madisonville, Tenn., courthouse and "arrest" of 24 local, state and federal officials.

July 21, 2010
Attorney Todd Getgen is shot to death at a gun range in Cumberland County, Penn., and his weapon, a silenced AR-15 rifle, is stolen. Authorities arrest prison guard Raymond Peake nine days later, saying Peake was trying to accumulate weapons for an unnamed organization that intended to overthrow the government.

March 10, 2011
Six members of the antigovernment Alaska Peacemakers Militia, including its leader, Francis Schaeffer Cox, 28, are arrested and charged with plotting to kill or kidnap state troopers and a Fairbanks judge.

December 10, 2011
Four soldiers, later identified as members of a militia-type group called Forever Enduring, Always Ready (FEAR), are arrested for murdering 19-year-old former soldier and group member Michael Roark and his 17-year-old girlfriend, Tiffany York, because they feared the pair would talk about the group's plans.