How to tell if a TV actor is bad: The dude edition 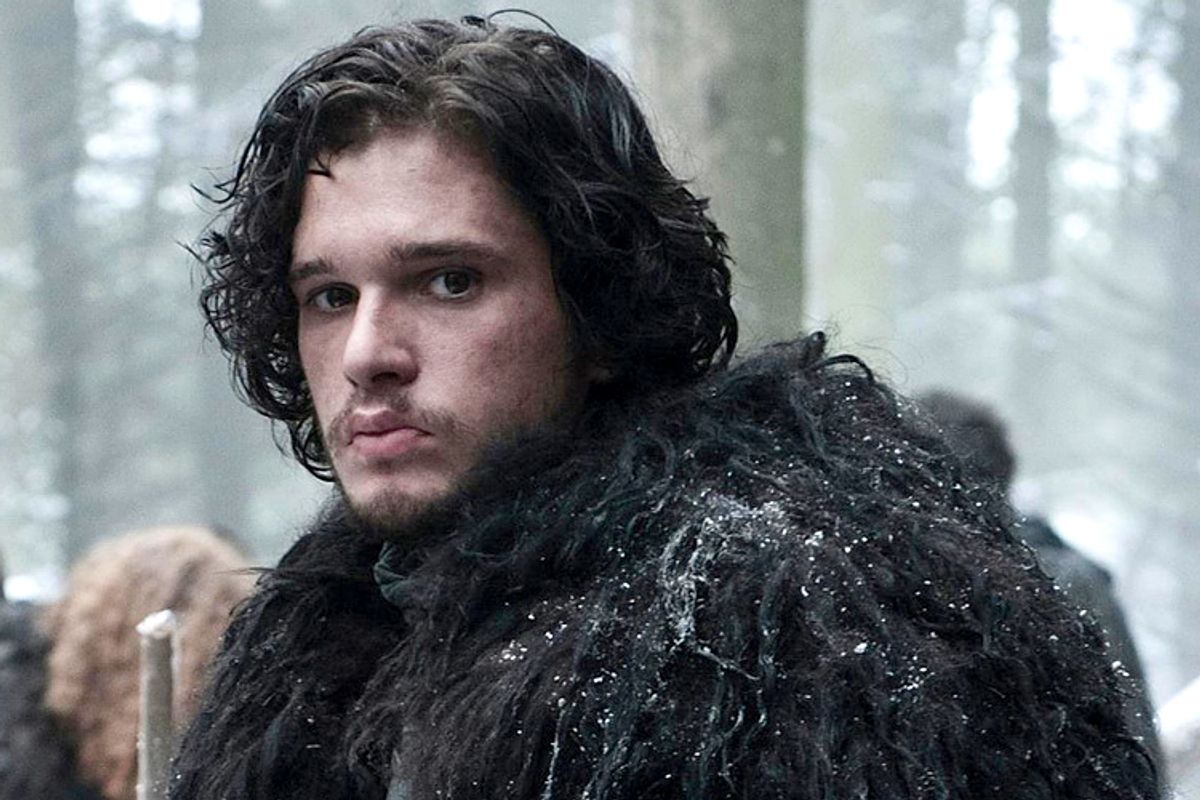 Kit Harington as Jon Snow in "Game of Thrones" (HBO)
--

In the comments and on Twitter, it was rightfully pointed out that my list did not have any men on it, except Jeremy Piven, a classic example of an over-actor (at least in his post-“Entourage” years).  Are men not bad actors too? Obviously, yes, they are. (Though I do think that because the world is unjust, male actors are often given more to do and so just by dint of screen time can come across more strongly than their female counterparts: See Rick Grimes on “The Walking Dead,” for example.) So, to toss out a few names in the interest of gender-balanced snark, here are some dudes who fail the Julie Taylor test as well.

—   Having previously offended everyone who loves Daenerys Targaryen (a great character! Not a great performance!) let me now offend everyone who loves Jon Snow. Kit Harrington, like his costar Emilia Clarke, is lovely to look at and occasionally has really fun things to do, like fighting zombies and wildings, and, more recently flashing his bum. He is very good at looking around with weepy, hurt, sad eyes, but he does it almost 100 percent of the time, even when saving someone from plunging down a wall of ice. He is a very passive presence, and the character is not supposed to be. (Digs at their acting aside, Dany and Jon are going to rule Westeros one day, so I hope they improve. It is possible! See: "New Girl's" Winston who in the second half of this season has finally, finally gotten fully fleshed out.)

—   A commenter pointed this one out, but it is exactly right: Duncan on “Veronica Mars." He was supposed to be the show's tortured romantic lead, but because he was just a huge, vacant question mark, Logan and all his angst got to swoop in and do it instead (a net positive for all of us).

— This does not apply to his performance in total, just to his performance toward the tail end of last season, but Damien Lewis of “Homeland” was so bad as Nick Brody in those late episodes — I’m thinking particularly of his scenes on the phone with Abu Nazir when Abu Nazir had kidnapped Carrie —  his motives and behavior so inexplicable and over-dramatic and so disconnected from the inner life we had been led to believe he had, that many of us came up with crazy conspiracy theories to explain his behavior. They were all wrong.