Finally: FDA cracks down on tanning

Just in time for the spring rush, the FDA proposes new warning labels on indoor tanning and cancer 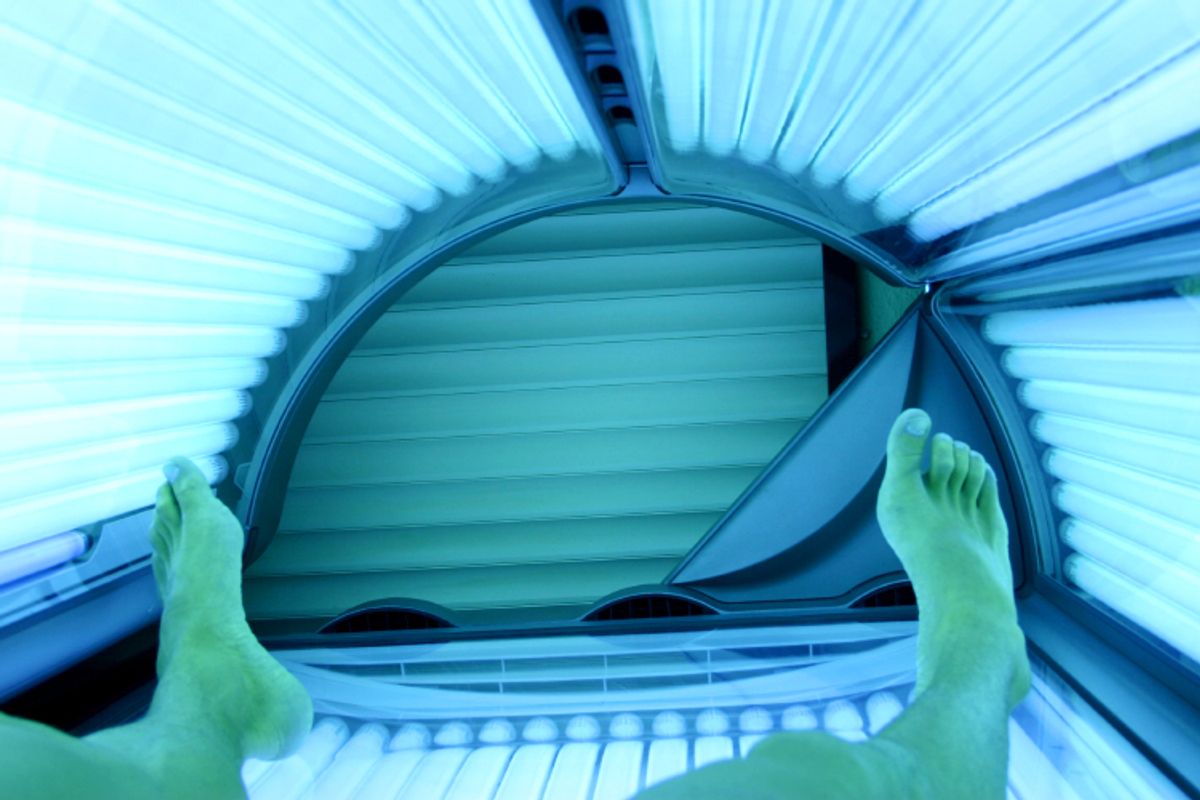 They're going to need a really big sticker on those beds. On Monday, the FDA announced that it is proposing new warning labels on indoor tanning.

The tactic, aimed at teens, wouldn't prohibit the use of tanning devices, but would require them to carry a warning of "the consequences" aimed at users under 18. The American Academy of Dermatology says there is a 75 percent increase in the risk of melanoma for "those who have been exposed to ultraviolet radiation from indoor tanning, and the risk increases with each use." Brace yourselves now for the inevitable backlash from the tanning industry, which has already been none too pleased with the push for stricter regulation in several states.

The new, tougher warnings come at an apt moment, right before summer hits and around the time people start heading to the salon for that all-important "base tan." And as Fox News reports, "An estimated 2.3 million U.S. teenagers tan indoors each year. Unsurprising that melanoma rates are rising among young women at an alarming clip, or that "melanoma is the second most common form of cancer among young adults. "

The proposed warnings are hardly draconian. For now, they're infinitely more restrained than the stomach-turning messages that now dominate not just cigarette packages but anywhere smokes are even sold. And yet, maybe a little of that shock therapy is just what's needed.

Though I've never been near a tanning bed or sunbathed, I would happily offer my own testimony to any invincible-feeling teen who's paying good money right now for a heightened risk of melanoma. Forget the whole "This stuff will seriously kill you" thing for a minute. Let me instead appeal to the place inside you that the tanning industry wants a piece of. Your vanity. Just go look around the Internet at the photos of people who've lost part of their noses or their ears to cancer. If you dare, Google image the phrase "eye melanoma." Or take a gander at the big circle on the top of my head that was removed thanks to melanoma, a wide scar where hair will never again grow. It's not too pretty.

Sure, being a few shades paler than your pals doesn't scream of outdoorsy perfection, but I can promise you that it's a whole lot cheaper and infinitely more attractive than cancer. And unlike summer, a scar-free body lasts a long, long time.