A Playboy playmate backtracks after calling it "incestual." But each mom's choice is her own -- and not for debate 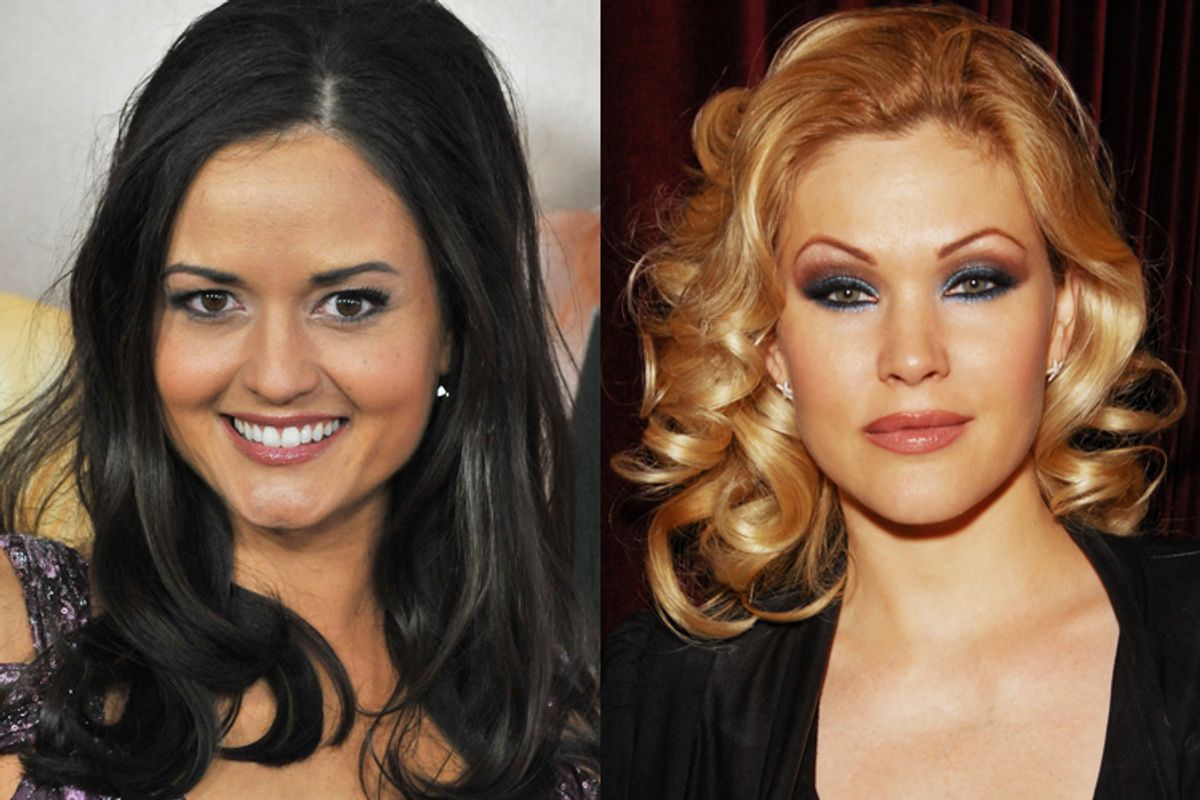 It's inevitable that when you're Shanna Moakler -- Playmate, reality star, mother of three – and you're talking to TMZ – celebrity-accosting, barrel-scraping, TMZ – you're going to get asked about your breasts.

Naturally, it didn't take too long on the gossip site's TV show Tuesday to get into it. "So what do you think about breast-feeding, folks?" asked Harvey Levin, before segueing into a clip of Moakler in a garage somewhere saying, "I didn't breast-feed. I'm selfish." Tabloid jackpot! "I look at my breasts as like, sexual," she explained, while gesturing in the vicinity of her famed front matter. "I think it's like, incestual. It's gross. I don't like it. Sorry."

Later, she called the show to clarify her stance.

"I understand this debate," she said. "I'm highly educated on it…. I'm not saying that women who breastfeed are incestual or gross by any means. I celebrate breastfeeding. I think women should be able to do it in public. I will stand arm in arm for women's rights to do it. When I personally tried to do it. It felt wrong. It felt immoral and it felt incestual and it wasn't a good fit for me. I'm so sick and tired of women who are pro-breastfeeding – which is awesome – putting down other women who either don't want to do it, don't like it, have bad feelings about it, or physically can't do it…. When I tried to do it, it didn't feel like a wonderful bonding experience. It felt immoral to me and so I chose not to and I chose formula…. You can't tell me that feelings are wrong."

Moakler may have a lot of baggage around the breasts that are such a prominent part of her allure and her resulting career. Nor is it super-convincing to play the "I find this practice gross and immoral, but more power to the rest of you!" card. And yes, I would love to live in a world where women who've given birth aren't accosted in parking garages by TMZ cameramen looking for an excuse to pry into their private choices while perving on their breasts.

But ultimately, the strangest part of the whole conversation wasn't anything that Moakler said. It was Levin observing, "It seems what you're saying is that breasts are a sexual part of the body" and his co-host Charles Latibeaudiere cracking, "And the people who love you." Their assessment was followed by Mike Walters endorsing Moakler as "a great mother" before expressing his concerns about her babies not getting their all-important colostrum.

"Why wouldn't you go ahead and do it?" Walters asked.

I don't know -- maybe because she doesn't give a toss what you think about her lactation, Dr. Spock? Because arguments about breast-feeding are almost always unwinnable?

If you don't breast-feed, you run the risk of being judged by some random dude who wants to lecture you on whether you're "bonding" correctly. Meanwhile, if you declare, as former "Wonder Years" star and mathematician Danica McKellar did last week, that you've recently weaned your 2-and-a-half year-old, you're starring in a creepy Us magazine story about how you've "finally" stopped nursing – followed by a slew of comments underneath about how "insecure" and "not normal" you must be. These are your options, ladies!

It's clear from both women's public comments about their experiences – and the strong reactions to them – that we have a hell of a lot of work to do regarding our cultural hang-ups about breast-feeding. We sexualize breasts to the point that their inherent maternal function makes people uneasy. We insist that breast is best, but squirm when women do it for any length of time. And while the Playmate and the math whiz don't have much in common in either their careers or their parenting strategies, their candor -- and their refusal to drum up some cheap sound bite to appease the cult of perfect motherhood -- is refreshing. Their breasts are their business.