When I was kidnapped

Like the women in Cleveland, I know what it's like to be abducted. I was 7 when it happened, but it haunts me still 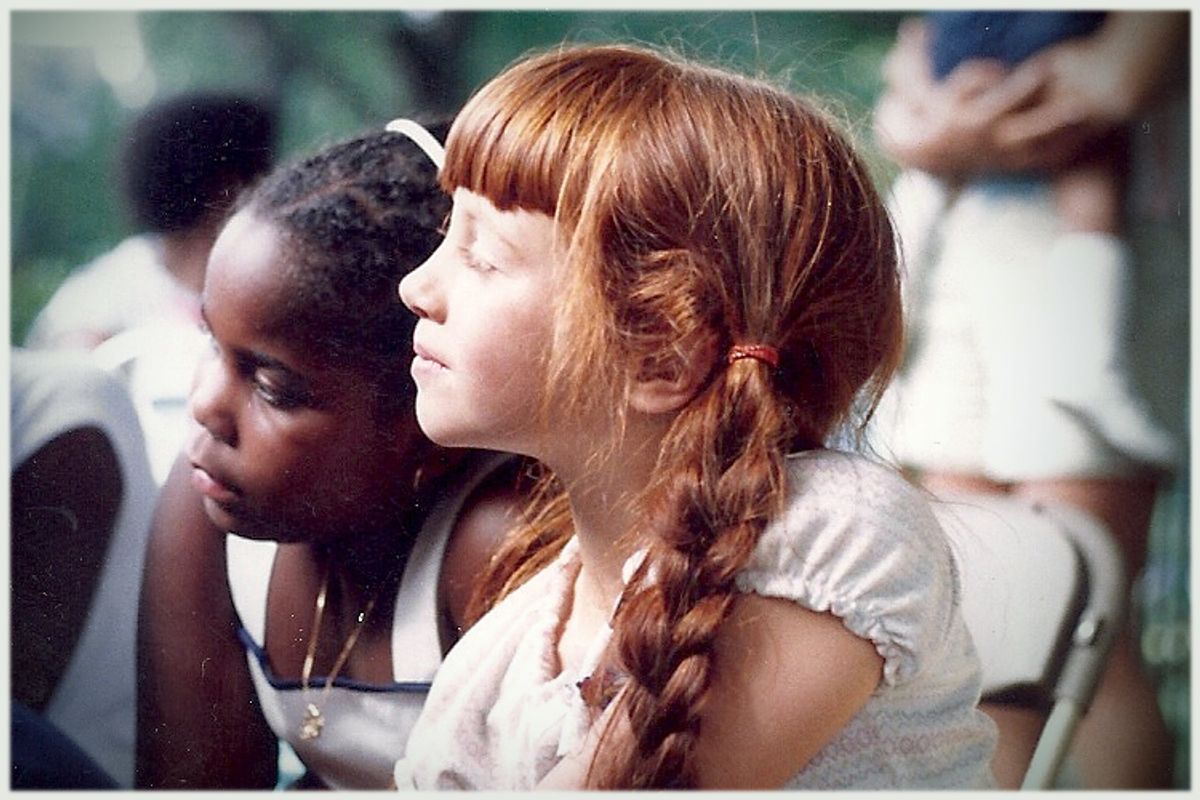 On the day I was kidnapped, as my abductor drove us down the Garden State Parkway, I pressed my toes against his car window so someone would see. Because this was 1982, his sedan boasted front-row bench seating; by his command, my 7-year-old frame was splayed across it, my head wedged at his hip, my feet skimming the passenger-side door. When he’d yanked me neck-first into his car less than an hour prior, he’d jammed my body against the floorboards (too young to know that word, I thought of it as the pit) and kept me there a while, steering with his left hand while his right pressed on my head.

He didn’t want me visible. I knew that, even as I knew that making myself visible -- somehow, even in a teeny way, like a set of child’s toes peeking over the lip of a car door -- was something I had to do. I also knew that this man who had just kidnapped me on my walk to school was in charge, and that he had the brawn, the choice and, let’s face it, the desire to hurt me.

I was sure of these three things in that moment; two of them should have compelled me to keep my feet tucked away. Even now, as an adult practically the same age as he was then, I’ve got a gut feeling to chastise my childhood self for not knowing better. Why try something so risky, so stupid?

Many kidnapping stories, like the remarkable situation that’s still breaking in Cleveland this week, hinge upon such gambles. They remind me of the thin line between bravery and folly. You don’t get to know, I guess, on which side your particular, desperate action falls until you see what happens next. Amanda Berry, pleading and pounding and climbing her way through a barricaded door while her captor reportedly went out for food. Elizabeth Shoaf, a South Carolinian taken in 2006 at age 14 and held in an underground bunker, texting for help from her kidnapper’s cellphone. Just as often, though, the abducted seem to survive by laying low and playing along, not making a move even when an opportunity begs for one to be made. Elizabeth Smart sat in a public library alongside her two captors saying not a word while a detective questioned them. Jaycee Dugard, in the safe confines of a parole office, sequestered from her abductor, wildly claimed to be a battered wife from Minnesota before finally admitting her true identity.

When my own kidnapping came to an end, it wasn’t because of what I tried to get away with in that car window. It was because after a mere nine hours (a span of time so comparatively short, I know, as to be all but inconsequential), I was lucky enough that my kidnapper started sobbing, leaning his head into the hollow of my naked shoulder for comfort and saying that he never meant to do this. I told him it was all right. We wound up riding a bus together (once we boarded, I considered jumping up and screaming but didn’t) to a shopping plaza, where he called my mother from a pay phone to let her know where I was. Then he warned me never to tell anyone anything about him or he’d come back and get my Mom. Then he went into a liquor store. After I’d watched him walk out of view, I went into the A&P and browsed the makeup aisle until some cops came and found me.

As a kidnappee, your job is to get out alive. Get yourself un-kidnapped. Save yourself, regardless if that takes nine hours, nine months or nine years. Within that job description, intuiting what’s expected of you is not difficult: You do what the boss tells you to do. The problem is, your objective and his are at odds. The problem is, while half of your brain thrashes inside your skull, trying to understand and plan and figure out, the other half thinks it better to shut down, go on autopilot, and treat this whole thing like a clock-punching kind of gig. Both sides are trying to get you through safely, except their definitions of “safe” don’t match.

That’s why I answered his first-ever question to me, asked while I was still in the pit -- “What’s your name?” -- with a defiant, “Where are you taking me?” And then repeated the exchange who’s-on-first-style twice more until I spat back, “I’ll tell you my name when you tell me where you’re taking me.” That’s also why I only started to cry once, sometime in the middle of the afternoon when it occurred to me that I might never see my mother again, but stopped immediately when he told me to shut up. While a part of me made sure to remember the serial number on the bus we took, another part made sure to eat my Twinkies first when I was finally allowed food from my lunchbox while Vic (that was his name) called for information about the bus’ schedule and route. (What kid wouldn’t eat her Twinkies first on a day when norms have clearly been forsaken?)

I was back in my bed that night and Vic was arrested about 48 hours later, but the part that comes next lasted decades longer than my captivity. Once you do get yourself un-kidnapped, you have to figure out your way back into the world. There’s no knowing where or what your place is now and there’s no telling how Vic, who absolutely lives on in some shape-shifting, insinuating way inside that asunder brain of yours, will screw with you next. That has often felt like the most unfair part of all this. Ask me to outwit a 200-pound monster who’s making things up as he goes along and I’ll eventually do so. But afterward, plop me back into my life and tell me it’s all back to normal and while I will believe you and largely act normal myself, I’ll still be fighting the monster internally, on my own, with no end in sight.

When I think about being kidnapped, what makes my stomach flop is not what my abductor made me do with him in his apartment for nine hours, but all of the lamentable, emotionally precipitative, histrionic -- the term I’m circling around here is “drama queen” -- behaviors I exhibited in the months and years that followed as a girl, teenager, young woman, and then, quite frankly, a no-longer-that-young woman who, like the 7-year-old in the car, should’ve known better. Most of these episodes center around my telling of the story of my kidnapping, which I did innumerable times over so many years. The cool kids in the back of the bus on the way home from summer swim meets were held in rapt attention (the back was where the cool kids always sat, and my story was my ticket back there). With pretty much any guy I had a crush on and wanted to impress, I would bring it up; I shake my head now, to think that I used to consider the story a tool for winning boyfriends (which never worked anyway). For several years in my 20s and early 30s, to “Rose” was a term coined by my social circle that meant leaving a party without telling anyone: to make a theatrical disappearance.

These little tribulations may not sound like much, but they’ve easily delivered more unhappiness combined than that day I spent kidnapped. At age 7, I had the fortitude to endure a dangerous demon and turn my victimization into a victory. For more than 20 years to follow, I couldn’t find the strength to rise above the inner demons that subsequently took root, the ones that insisted I was not worth fighting for.

Lately, over the past four or five years, when stories about kidnapped girls have surfaced in the news, empathy has not come easily to me. The sympathy everybody feels I feel as well, but the empathy I have to think about and gin up; there are no automatic flashbacks.

Then I realize that this is a victory, too, in and of itself.

Rose Maura Lorre is a writer currently living in Montreal, Quebec. You can follow her on Twitter @rosemauralorre.