Christopher Guest: "It becomes apparent in five seconds whether an improviser is going to bomb."

The "Spinal Tap" star talks about his new TV series, "Family Tree" -- and the mockumentary legacy 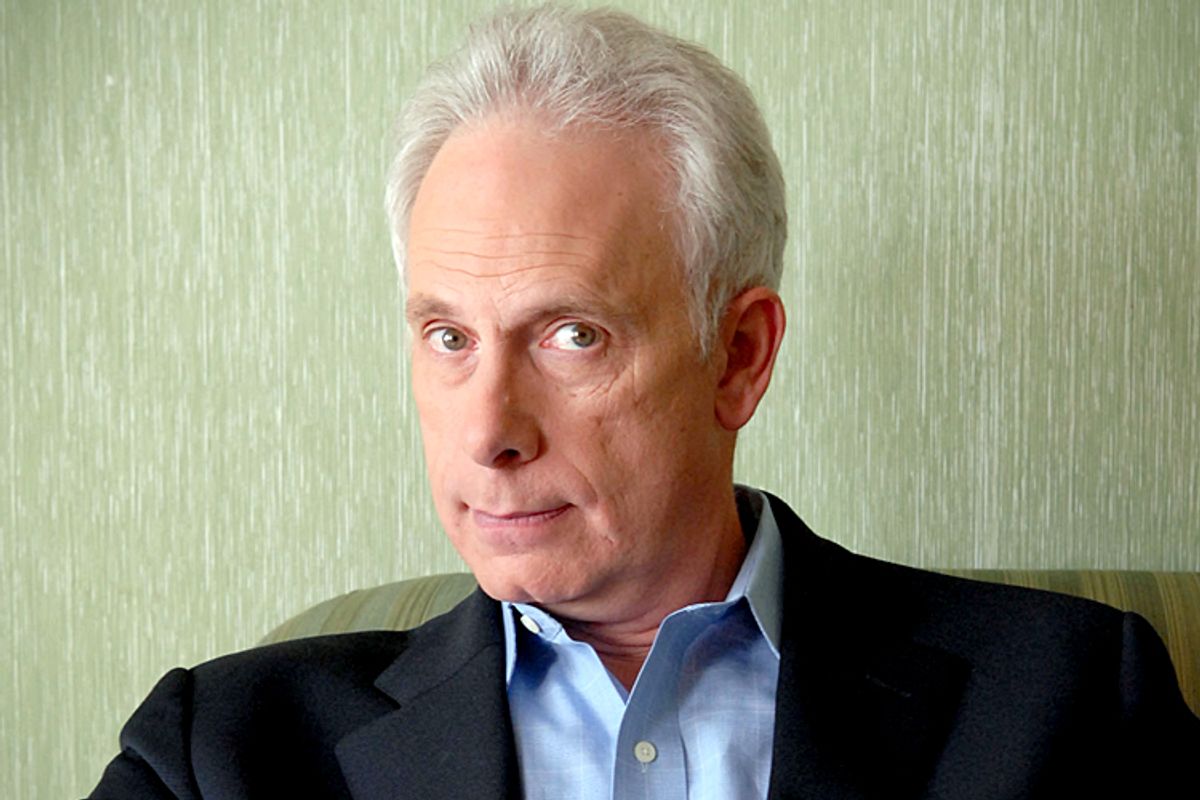 Christopher Guest, the director of "Waiting for Guffman" and "Best in Show," brings his very specific, finely crafted form of improvised comedy to television with "Family Tree" an eight-episode HBO series which begins Sunday and stars Chris O'Dowd as a man who becomes interested in investigating his ancestry, encountering any number of oddballs on his search (including Guest regulars like Michael McKean, Ed Begley Jr., and Fred Willard).

Guest, notoriously serious when just being himself, spoke with me about the show, the pervasive influence of "This Is Spinal Tap's" mockumentary format, and how he identifies performers who are up to the "peculiar challenge" of improvising on camera.

Had you been wanting to do TV?

No, no. I hadn’t been thinking about anything really, which is typical. I finish a project and I take some years off. And in this case, I did a bunch of music after my last movie. I did two records and two music tours, and then I began to think about things, and this idea popped in my head. And because this is a never-ending story, it really couldn’t have been a film. There was no finite end to the idea. So HBO made sense and is a place where you can get the support to do things the way you do them, which is kind of vital for me.

This is the first one of your projects that hasn’t been about performers.

It is different, that’s true. This comes from me looking into my own history, having been left lots of boxes myself. This has a very different blueprint. And one guy is the main guy, which is also the first time that has happened. But once we had Chris, we knew that’s the guy you’re kind of attached to.

How long does it take for you to be able to tell if someone can do this kind of work?

Well, there is no audition because there is no material to read. So it’s a meeting. I have people in and I talk to them for 20 minutes or half an hour maybe. In that talk, which is really just small talk, I have this intuition as to whether they can do this. It’s really based on that. There’s no material to read, there are no lines. It’s been a pretty good predictor. I think twice in 20 years or so it hasn’t worked out.

And to be honest, if we got into this situation with the new people in England, and they couldn’t do it, we’d have had to shut down and get someone who could do it. You can’t limp by, because it becomes apparent in five seconds whether [an improviser] is going to bomb.

Chris O’Dowd said about filming with you, “It was damn hard work trying not to be funny.” Are you trying to make sure the actors aren’t jumping to punchlines?

Whatever is done by any actor has to be about the characters first. Chris is very funny, and he’s funny in the piece as well, but it’s not about telling jokes. It’s not a sitcom. It’s not about those kind of jokes and then a laugh track, it’s people behaving, and watching their behavior. Once the actors understand that, that’s that, I don’t have to keep reminding them. They’re smart and they’re talented, and if they are people who can improvise, which they are, we do what we do.

There are a number of fake TV shows within the show. What is their purpose?

Well, it’s different for different characters. Michael McKean’s character is a guy who grew up in London, and there are a lot of sitcoms set in London that represent a certain kind of point of view. We wanted to create one that was really badly written, that was very politically incorrect and that represents his politics or his lack of awareness. So we have the cop show which is an overtly bad, sexist kind of show, and then we have a show with the Indian family, and that’s a Caucasian guy basically in brown face. So that sort of describes his thing. Chris watches more modern things, Sherlock Holmes in space and “The Plantagenets,” a cross of the Tudors and other shows like those. It’s more fun to create our own things that people watch. It’s an extra bit of fun to do that ourselves.

I wondered if you weren’t also skewering a certain sort of show that is different from yours.

Well there is no question that — this is true for British TV and American TV — that there are a lot of sitcoms that are very broad, and it’s not what I do. But what those shows represent fits in with what the characters are.

Do you watch TV?

Ah. Or, I could have just said, I don’t really watch much television. That would have been simpler. I watched a little when I was kid. And then, I think starting in high school, I really never ever watched again. Until now, which is a long time. My family never watched. It never became a habit. I have seen some shows. But I have never watched a show religiously.

When “This Is Spinal Tap” came out, mockumentaries were not common — and now they are everywhere. Are you proud of that influence?

Apart from watching the English “Office,” which I felt was a brilliant show, I haven’t seen many of those shows. First of all, they’re not improvised, those are written scripts. It’s very different. My way of working is writing outlines with Jim Piddock. We wrote eight-page outlines for each episode, with no dialogue written down and no rehearsal. So that’s very, very different from what other people are attempting to do.

I wonder how much the audience can tell the difference though.

I couldn’t say or not. I don’t really know. I think that [mockumentary style] started when we did “Spinal Tap.” That was the first time that happened, I believe. And it wasn’t as if suddenly everyone started making movies like that, because frankly it’s a very hard thing to do. You can’t just say, “wouldn’t this be fun if we all got together and talked.” It’s a very peculiar challenge to be able to improvise on camera, and there aren’t many people who can do that. Consequently when I started making more movies in that style, the reason you see the same faces is those are the people that can do that. There are many good comic actors and other actors, but it’s not necessarily true that they can do this kind of work. So, that’s for me, the main thing. Whether people take the superficial style of that and use it to whatever degree, I don’t really know, because I haven’t even seen the shows, so I couldn’t say.

I’m still working on this season. I’m going to be working for another month. I’m working on episodes 7 and 8. But I do like the idea [of it continuing]. I think it is a bad idea typically in television to say, “Wouldn’t it be great if we could do 100 of these?” I think the quality, in general, has an end. I don’t think many shows that are on the air, you can say well the first season is great and the 15th season is awesome. I think stuff happens. But if I was given the opportunity to continue, I can see doing another eight of these and then seeing what happens.