James Salter: "It's hard to think of any other women on the spur of the moment here"

Asked about how his characters refer to women, he names a Clinton and a Kardashian, then can't remember any others 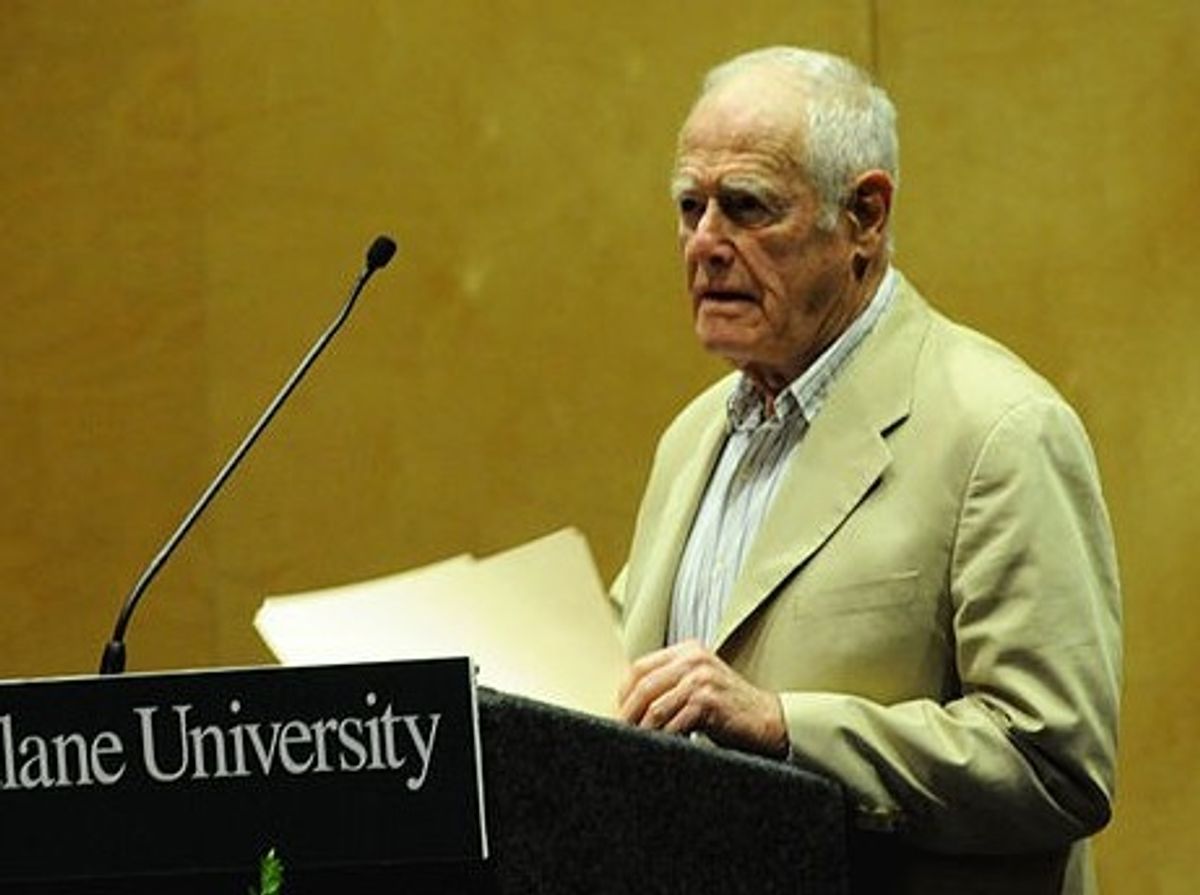 At 87, James Salter is having perhaps the best year of his career. His first novel in three decades, "All That Is," has brought rave reviews and even a New Yorker profile. It's heady, late-life success for a novelist mostly revered as a writer's writer for books like "Light Years" and "A Sport and a Pastime."

But this weekend on NPR's "All Things Considered," the latest stop on his celebratory media tour, Salter was asked by host Arun Rath about his women characters -- and he gave what might be as bizarre an answer as has any male writer these days, suddenly faced with direct questions about literature and gender that they might not have been asked before.

RATH: I don't know if this is a reflection of (the novel's main character) Bowman's own state of mind from his military background, but I notice you tend to refer to men by their last names and women by their first.

SALTER: Hmm. Well, you rarely refer to a woman by her last name. I mean, well, Hillary Clinton's not a good idea because they both have the name Clinton. But I mean, Kardashian, Kim Kardashian, well, there, you use both names. It's hard to think of any other women on the spur of the moment here, but you always refer to a woman by her first name. But men, I think, commonly, make - it's not so unusual to call somebody by their last name.