When the IRS targeted liberals

Under George W. Bush, it went after the NAACP, Greenpeace and even a liberal church 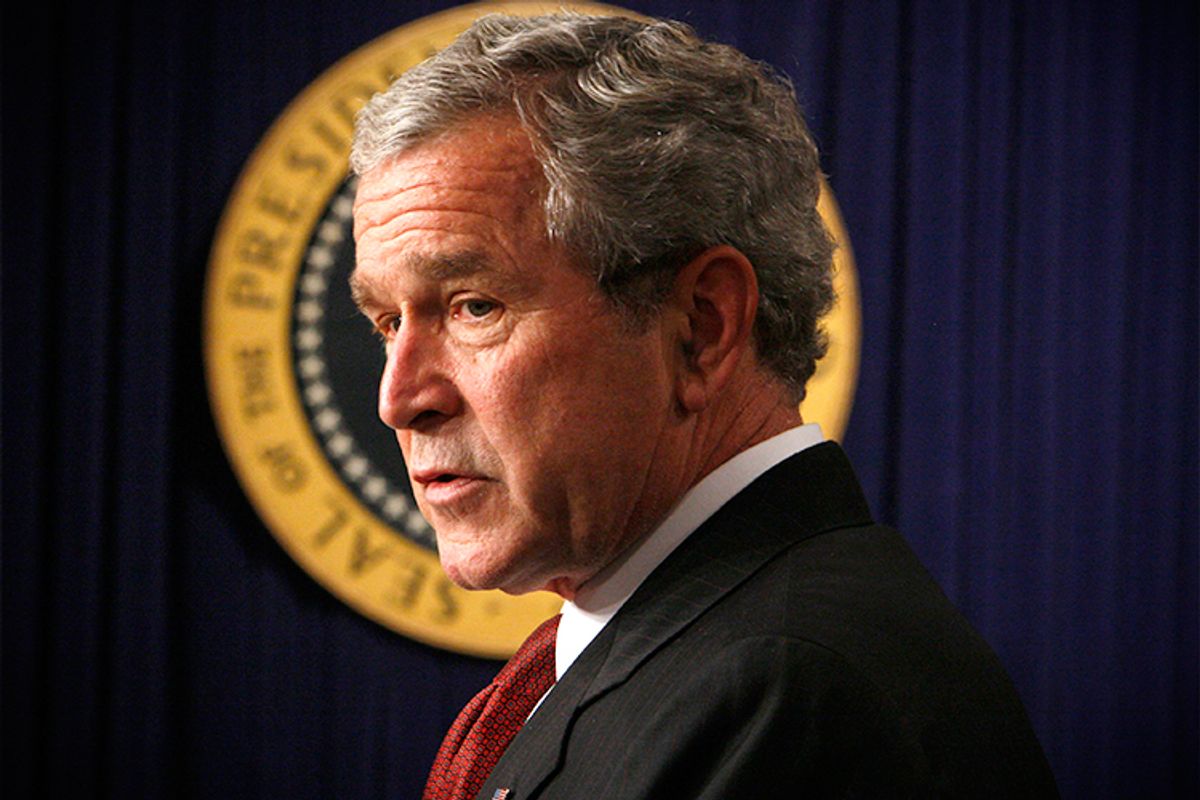 While few are defending the Internal Revenue Service for targeting dozens of conservative groups, there are two critical pieces of context missing from the conventional wisdom on the "scandal." First, at least from what we know so far, the groups were not targeted in a political vendetta -- but rather were executing a makeshift enforcement test (an ugly one, mind you) for IRS employees tasked with separating political groups not allowed to claim tax-exempt status, from bona fide social welfare organizations. Employees are given almost zero official guidance on how to do that, so they went after Tea Party groups because those seemed like they might be political. Keep in mind, the commissioner of the IRS at the time was a Bush appointee.

The second is that while this is the first time this kind of thing has become a national scandal, it's not the first time such activity has occurred.

“I wish there was more GOP interest when I raised the same issue during the Bush administration, where they audited a progressive church in my district in what look liked a very selective way," California Democratic Rep. Adam Schiff said on MSNBC Monday. "I found only one Republican, [North Carolina Rep. Walter Jones], that would join me in calling for an investigation during the Bush administration. I’m glad now that the GOP has found interest in this issue and it ought to be a bipartisan concern."

The well-known church, All Saints Episcopal in Pasadena, became a bit of a cause célèbre on the left after the IRS threatened to revoke the church's tax-exempt status over an anti-Iraq War sermon the Sunday before the 2004 election. "Jesus [would say], 'Mr. President, your doctrine of preemptive war is a failed doctrine,'" rector George Regas said from the dais.

The church, which said progressive activism was in its "DNA," hired a powerful Washington lawyer and enlisted the help of Schiff, who met with the commissioner of the IRS twice and called for a Government Accountability Office investigation, saying the IRS audit violated the First Amendment and was unduly targeting a political opponent of the Bush administration. "My client is very concerned that the close coordination undertaken by the IRS allowed partisan political concerns to direct the course of the All Saints examination," church attorney Marcus Owens, who is widely considered one of the country's leading experts on this area of the law, said at the time. In 2007, the IRS closed the case, decreeing that the church violated rules preventing political intervention, but it did not revoke its nonprofit status.

And while All Saints came under the gun, conservative churches across the country were helping to mobilize voters for Bush with little oversight. In 2006, citing the precedent of All Saints, "a group of religious leaders accused the Internal Revenue Service yesterday of playing politics by ignoring its complaint that two large churches in Ohio are engaging in what it says are political activities, in violation of the tax code," the New York Times reported at the time. The churches essentially campaigned for a Republican gubernatorial candidate, they alleged, and even flew him on one of their planes.

Meanwhile, Citizens for Ethics in Washington filed two ethics complaints against a church in Minnesota. "You know we can’t publicly endorse as a church and would not for any candidate, but I can tell you personally that I’m going to vote for Michele Bachmann," pastor Mac Hammond of the Living Word Christian Center in Minnesota said in 2006 before welcoming her to the church. The IRS opened an audit into the church, but it went nowhere after the church appealed the audit on a technicality.

And it wasn't just churches. In 2004, the IRS went after the NAACP, auditing the nation's oldest civil rights group after its chairman criticized President Bush for being the first sitting president since Herbert Hoover not to address the organization. "They are saying if you criticize the president we are going to take your tax exemption away from you," then-chairman Julian Bond said. "It's pretty obvious that the complainant was someone who doesn't believe George Bush should be criticized, and it's obvious of their response that the IRS believes this, too."

In a letter to the IRS, Democratic Reps. Charles Rangel, Pete Stark and John Conyers wrote: "It is obvious that the timing of this IRS examination is nothing more than an effort to intimidate the members of the NAACP, and the communities the organization represents, in their get-out-the-vote effort nationwide."

Then, in 2006, the Wall Street Journal broke the story of a how a little-known pressure group called Public Interest Watch -- which received 97 percent of its funds from Exxon Mobile one year -- managed to get the IRS to open an investigation into Greenpeace. Greenpeace had labeled Exxon Mobil the "No. 1 climate criminal." The IRS acknowledged its audit was initiated by Public Interest Watch and threatened to revoke Greenpeace's tax-exempt status, but closed the investigation three months later.

Indeed, the year before that, the Senate held a hearing on nonprofits' political activity. Republican Sen. Charles Grassley, the then-chairman of the Senate Finance Committee, said the IRS needed better enforcement, but also "legislative changes" to better define the lines between politics and social welfare, since they had not been updated in "a generation." Unfortunately, neither Congress nor the IRS has defined 501(c)4's sufficiently to this day, leaving the door open for IRS auditors to make up their own, discriminatory rules.

Those cases mostly involved 501(c)3 organizations, which live in a different section of the tax code for real charities like hospitals and schools. The rules are much stronger and better developed for (c)3's, in part because they've been around longer. But with "social welfare" (c)4 groups, the kind of political activity we saw in 2010 and 2012 is so unprecedented that you get cases like Emerge America, a progressive nonprofit that trains Democratic female candidates for public office. The group has chapters across the country, but in 2011, chapters in Massachusetts, Maine and Nevada were denied 501(c)4 tax-exempt status. Leaders called the situation "bizarre" because in the five years Nevada had waited for approval, the Kentucky chapter was approved, only for the other three to be denied.

A former IRS official told the New York Times that probably meant the applications were sent to different offices, which use slightly different standards. Different offices within the same organization that are supposed to impose the exact same rules in a consistent manner have such uneven conceptions of where to draw the line at a political group, that they can approve one organization and then deny its twin in a different state.

All of these stories suggest that while concern with the IRS posture toward conservative groups now may be merited, to fully understand the situation requires a bit of context and history.