Cannes: Art-house hero Jia Zhangke takes on his nation's corruption in the explosive allegory "A Touch of Sin" 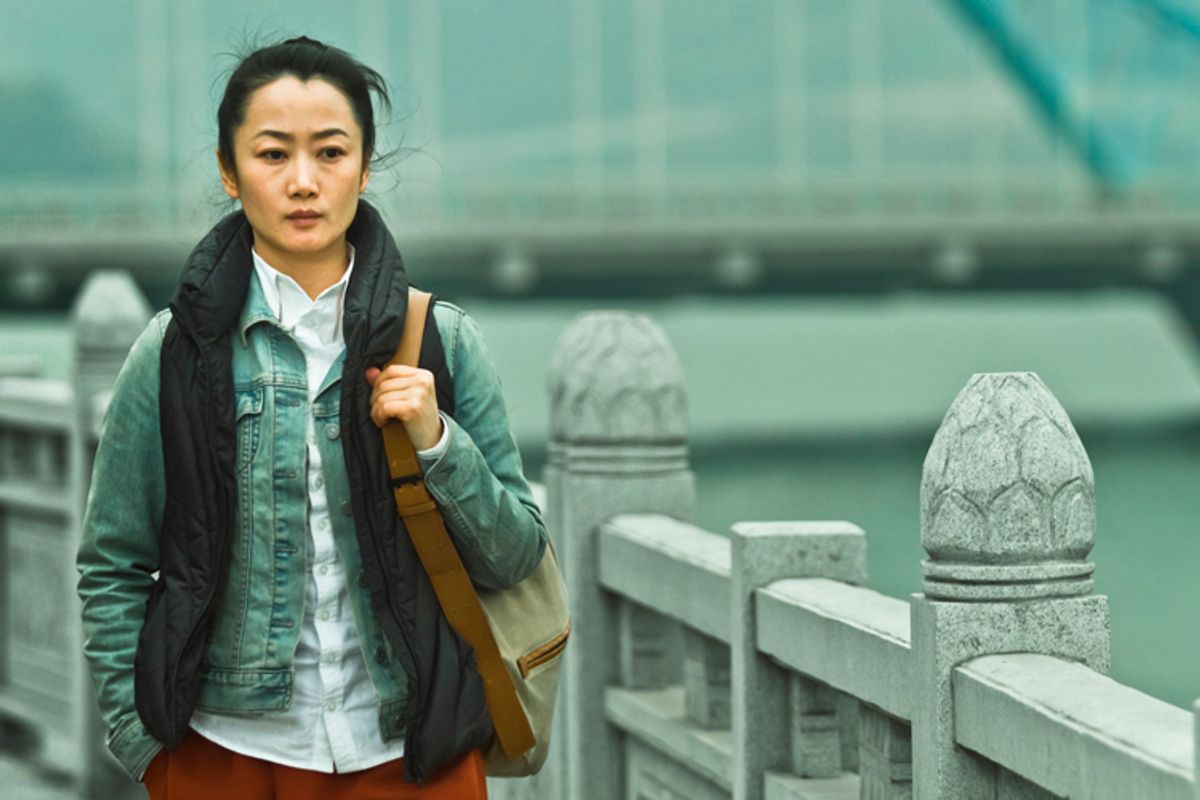 CANNES, France – Biggest, grimmest, most visually impressive and most ambitious of the 2013 Cannes competition films to screen so far, Chinese director Jia Zhangke’s “A Touch of Sin” tells four interlinked stories that add up to a sweeping condemnation of the corruption and amorality beneath China’s economic miracle. Jia is a longtime film-festival fave-rave, known for slow-moving, documentary-style and nearly plotless dramas focused on real life and shot in construction zones, factories, godforsaken rural villages and other places where ordinary people scrape out a living.

“A Touch of Sin” both is and is not like Jia’s other films, which include “Still Life,” “The World” and “Unknown Pleasures,” along with several documentaries. Locations for these four allegorical tales are similarly downscale, ranging from brothels to bus and train stations to beaten-down peasants’ households to a dormitory for industrial workers. And then there’s all the killing. It would be a mistake to advertise this as an action movie – although some American distributor probably will – because it sets up false expectations. But Jia has evidently decided he’s done with subtlety and wants to move to a starker level of metaphor. Drawing on several different spectacular true-crime stories – a relatively new phenomenon in China – he delivers an art-house film with the body count of a “Die Hard” sequel.

In the film’s very first scene, a gang’s attempt to mug a solitary motorcyclist – which would surely have been played for naturalist pathos in an earlier Jia picture – becomes a mass homicide when the biker pulls out a handgun and mows down his would-be assailants. That motorcyclist in the Chicago Bulls knit hat becomes Jia’s answer to Clint Eastwood’s Man With No Name, at least in the sense that he’s a solitary figure living by his own moral code. (He’s played by Wang Baoqiang, and actually does have a name.) But Jia undercuts any desire to see him as a hero once we learn how he supports his wife and son in their remote rural village.

Beginning with a terrific story of long-festering local corruption and a desire for justice that eventually explodes into violence, “A Touch of Sin” loses a little momentum as it goes along. This is a long and challenging picture, held together as much as anything else by Jia’s often-spectacular pictorial sense and his instinct for locations where no normal filmmaker would ever shoot. (Purely as photography, this is by far the best film of the festival so far.) After the local muckraker gone gonzo (played uncomfortably close to comedy by Jiang Wu), the best of the segments features Jia’s wife, Zhao Tao, as the receptionist in a massage parlor whose pride and social aspirations – along with her insistence that she isn’t a prostitute -- eventually drives her over the edge.

“A Touch of Sin” pushes near to surrealism in its depiction of an elaborate South China theme-park-style brothel, where clients can order nurses, train conductors, or female military officers in Mao-era uniforms. I still found the sequence powerful, and by the very end of this long and challenging picture Jia pulls back to a haunting conclusion. Even with the surprising injection of action cinema, “A Touch of Sin” will still be a special-interest item when and if it reaches the United States. But anyone interested in the current state of China should see it, and it may open up this remarkable filmmaker to a larger audience.