Facebook removes photos of women breastfeeding, but rape videos seem to last for days. These women are sick of it 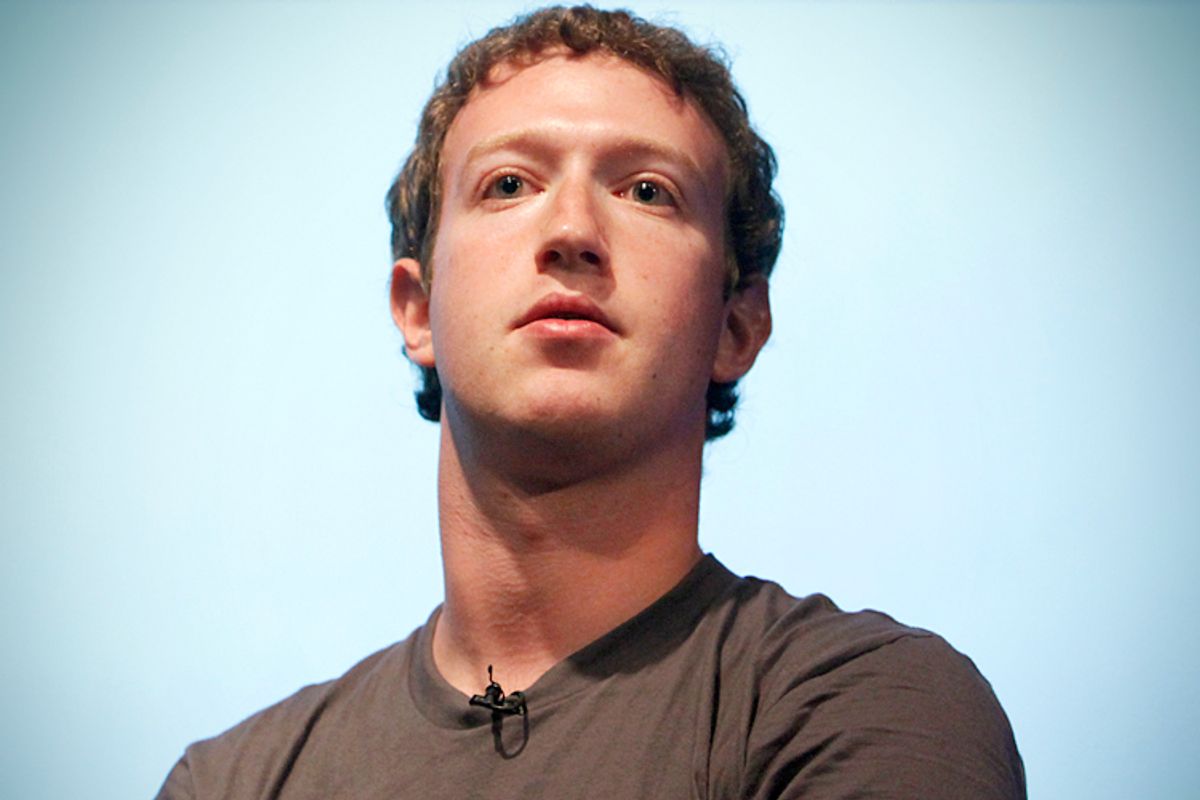 When three Chicago area teens were charged over the weekend with raping a 12-year-old girl -- and then posting a video of the assault on their Facebook pages -- it was a tale that was as revolting as it was entirely plausible. After all, you don't have to look far at all on Facebook to find images of women being degraded, or for groups devoted to laughing off violence against women. But a bold open letter to Facebook released on Tuesday is hoping to turn the tide.

In the letter, Jaclyn Friedman of Women, Action, & the Media, writer Soraya Chemaly and the Everyday Sexism Project's Laura Bates, along with dozens of other activists and groups, call on Facebook to "Recognize speech that trivializes or glorifies violence against girls and women as hate speech" and train its moderators to recognize and remove it. It asks Facebook users to "contact advertisers whose ads on Facebook appear next to content that targets women for violence." It's an oft-made request. But maybe this time, it'll be heard.

In just nine years, Facebook has become a regular part of the daily lives of millions of people. There's no doubt that it has a staggering amount of content to contend with, pouring in at a rate that's impossible to keep up with. Moderating online communities is one of the most difficult, thankless jobs in the universe, and trolls are legion and indefatigable. Yet even allowing for a whole lot of slack, Facebook's track record is appalling.

It regularly treats women who post images of themselves breastfeeding as, in the words of childbirth educator Emma Kwasnica, "pornographers" by removing their photographs. It deletes photos of breast cancer survivors. Only when directly and publicly challenged -- or when the moderators simply don't catch it -- do those basic and unpornographic images survive. And yet one easy search will yield you a leering "upskirt" fan page with a cover image of a female who very clearly left her underwear at home. A quick perusal of a few existing groups will find plenty of jokey references to sluts and hoes and what a fist can do to set them straight.

Far more disturbing, however, are the numerous pro-rape and assault images that appear throughout FB -- often next to innocuous ads for audio books and airlines. Such as an image of a woman in a heap at the bottom of a flight of stairs with the message "Next time don't get pregnant" next to an ad for Pringles. That's why alerting advertisers to the context in which their messages are appearing is so crucial. Maybe Pringles doesn't want to be the official snack chip of guys who throw pregnant women down stairs. Maybe Duracell doesn't want to power folks who "kill bitches like you." A #Fbrape meme on Twitter Tuesday has already inspired a deluge of tweets and some possible hopeful actions. Zipcar, for example, has vowed "We do not condone hate speech against women. We are looking into this immediately."

But the problem goes even deeper than jokes and images about rape and violence, crossing into the realm of real rape and violence. Soraya Chemaly, one of the framers of the project, told Salon on Tuesday that last fall, a reader contacted her via Facebook and told her to investigate something she'd found posted there. "She said she'd reported it several times and that it had been up a long time," she said. It was a nearly seven-minute video of a woman walking by a roadside, who is then grabbed and gang-raped. "It had been up for 24 days. It had hundreds of views," says Chemaly. "It's incomprehensible how it could be up for this length of time." (Chemaly also took action, and the video was swiftly removed.)

As Chemaly points out, it's the selectivity and seeming randomness of Facebook's enforcement that's infuriating. "They've taken down the John Currin painting of Bea Arthur and they're leaving up this stuff," she says. Meanwhile, "They create an environment where rape is funny, where you can be boastful about it." An environment where, according to court documents, it's alarmingly easy to post a video of the sexual abuse of a 12-year-old girl.

The trolls will always be with us, but corporations have an obligation to set the tone. Free speech isn't hate speech. Free speech doesn't look like a group called Violently Raping Your Friend Just for Laughs. And a hostile, violent environment makes the concept of a place built around the word "friend" just a cruel, stupid joke. Or, as one of the letter's commenters noted Tuesday, "On Facebook, hating a religious or ethnic minority gets you banned, but hating half of humanity gets you Likes."