"Does Someone Have to Go?" is a manipulative, mean "social experiment" 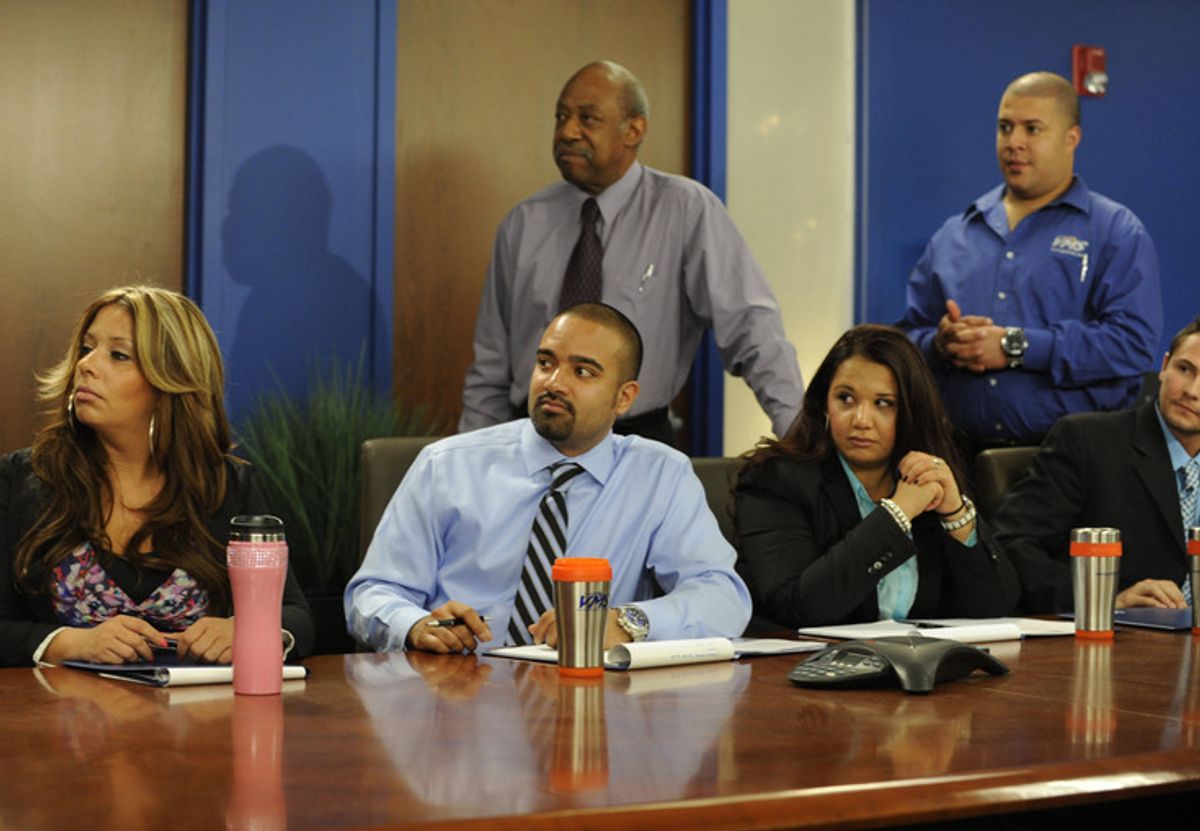 Fox premiered the first part of its new reality show “Does Someone Have to Go” last night, in which employees of a company are given “control” for 48 hours, and in a rush of recrimination and gossip and dysfunction forced to decide which of them deserves to get fired. It’s the sort of “surprise” that a boss like Michael Scott would think was a “fun” idea to spring on his employees, only to have it blow up in his face. In fact, so much about “Does Someone Have to Go” resonates with “The Office” — the cubicles, the bleak carpeted hallways, the diverse, regular folk staff, the quirky personalities, the endless cringing — except that it’s a reality show, not a sitcom. Real people have to face the possibility they will be fired for the sake of entertainment and a manipulative reality show. As one employee puts it as he is deciding which of his co-workers to place in “the bottom three,” “this isn’t taking someone and putting them on an island,” but to the producers of “Does Someone Have to Go” that’s exactly what it is, only more "dramatic." It’s a vile show.

Last night’s episode, the first of two parts, was set at VMS, a family-owned company outside of Chicago that supplies credit card machines to other businesses and employs 70 people, some of whom are the owner’s family members. As title cards flashed, the show explained that every workplace has its “dysfunction,” but that it’s difficult to tell who is really to blame. Is it “The Motormouth,” a kindly older black man who really likes to chat? “The Jerk,” a cocky sales rep named Shawn who has a temper and thinks being honest is the same as being mean? “Does Someone Have to Go?” is here to “help” VMS figure it all out.

In short order, the owners, a couple named Dema and Danoush, call a meeting and tell the staff that they are leaving the company in their hands for 48 hours, a proposition that is immediately met with enthusiasm — “We’ve always wanted to be the boss!” — but quickly turns out to be a huge booby prize. Rather than brainstorm on how the workplace might run better, the staff of VMS really only has one task: figure out which of them deserves to get fired.

To get everyone in the mood — the staff is being walked through various stages of hurt feelings and insecurity, so that they are hurt and insecure enough to turn on one another — they gather in a conference room where the producers play prerecorded tapes of the staff’s honest assessments of each other, the kind of stuff you would never say to someone’s face, but, moreover, you would probably temper even when you said it to your boss. The staff trudges out, feeling awful, only to be hustled back in a few hours later for more “information." They are told each other’s salaries, and things get really uncomfortable.

The employees are not given any sense of the company’s operating budget or profits, how much supplies or office space or transportation or hundreds of other aspects of the business cost. They have no sense of the scope of its finances. They can only compare the not-that-much they make with everyone else's not that much or a little more. Most people are making from $40,000 to $60,000. The VMS owner’s brother is making $107,000. Mike, the kindly “motor-mouth” sales guy, is making $25,000. As Linda Holmes put it, “The moral of the story is that when you feel frustrated at work and economically helpless, the problem is the person you bump into at the coffeemaker who is earning just slightly more than they should, doing just slightly better than they should, getting a little too much for a little too little, and that by rendering that person unemployed, or knocking him or down a peg, you will be better off.”

Hurt, resentful, manipulated, the staff now has to fill out a computer survey and select three colleagues for the “bottom three,” and potential firing. I would not be surprised if the employees of VMS felt like they would lose their jobs if they did not participate, because by now “Does Someone Have to Go” seems like a social experiment along the lines of the Milgram or Stanford prison experiment, a constructed situation that reveals interesting things about the participants but at unacceptable costs (and, in this case, not even allegedly for scholarship). The way the employees react is almost heartbreaking: They should probably band together and agree not to do this, but instead they decide to take their decisions seriously, turning on each other while holding on to the idea that they can be "objective" and that they should be "respectful" of their responsibility and the process — even though all they are doing is endangering the livelihood of three of their colleagues so Fox has some programming for Thursdays in the summer.

Two African-Americans employees, Mike and Zoe, the darkest-skinned men on staff, end up in the bottom three, along with the owner’s mother, Kout, who gets paid the second-highest wage. Mike and Zoe, however, are the lowest-paid people at VMS. Zoe is supporting four children on his $35,000 salary. They cost the VMS very little, and the fact of their being worth so little to the company makes it easier for their colleagues to concur. It’s racial politics internalized so deep, you can only see it in the collective’s behavior.

Next week, Mike, Zoe and Kout will plead their case to their peers. As they pitch themselves to the group, they express their devotion to VMS, which has just forced them through this horrible, hurtful, wasteful process. You can see “Does Someone Have to Go?” straining to get an "aww" at their good-sportsmanwhip when it's all just really awful. Fox didn't show the last 20 minutes of next week's episode to critics — presumably, no one will really be fired, they will just have lived in fear of getting fired for 48 hours, for no one’s benefit, except Fox’s. Obviously, someone does have to go, but it really should be all the cameras.

Does Someone Have To Go Fox Reality Tv Tv