My daughter is about to make her confirmation. Now her faith -- or lack of it -- is up to her 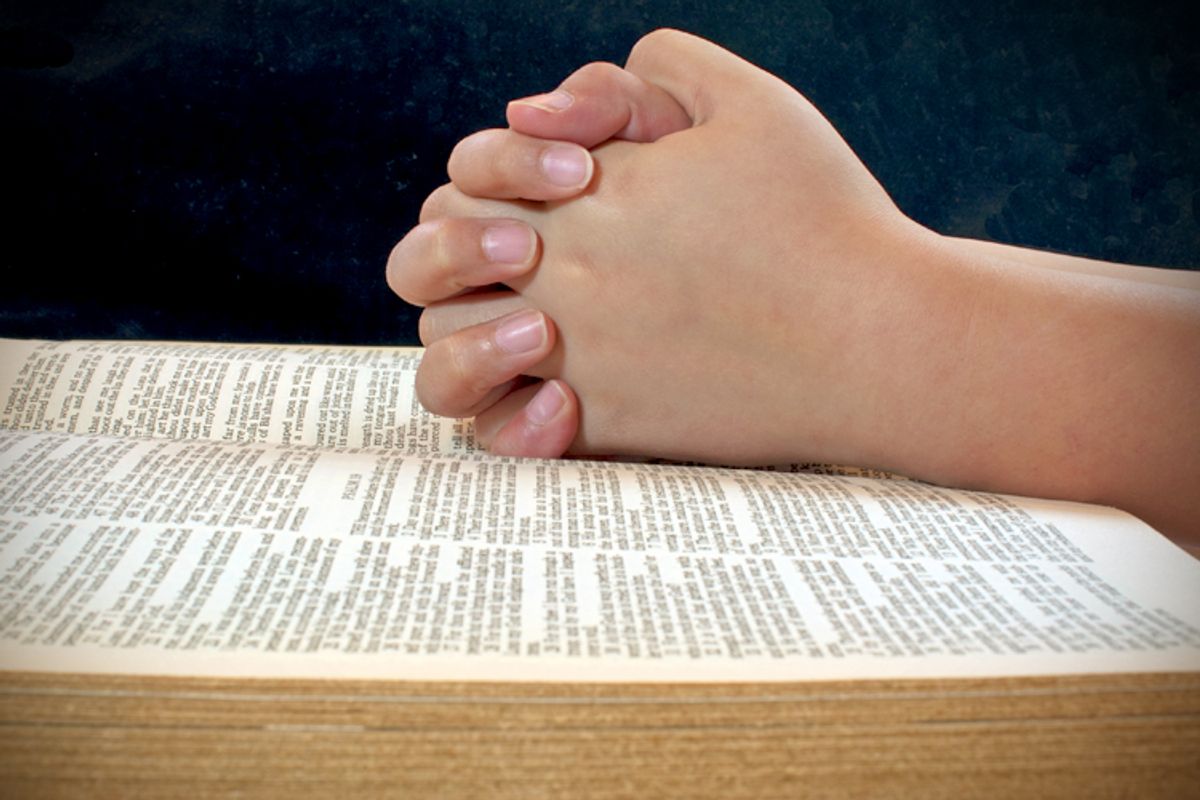 It's probably a lot easier if you're certain. If you're a firm atheist or a devout evangelical. But when you're living a faith you love in an institution that regularly outrages you, it's a little tougher. Especially when you've got kids.

Thirteen years ago, I carried a baby into a church and, as her family and friends stood around her, promised to raise her in that church. Four years later, I made the same vow for her sister. And now, in two weeks, my firstborn makes her confirmation. She will be, for all intents and purposes, an adult in the Catholic Church. She will no longer attend Sunday school, and she will be free to make all her own decisions regarding her faith (or lack of it), and her relationship with the church (or her departure from it).

It has not always been an easy road, for any of us. Even long before my daughters were born, our family wrestled with how to raise any children who might come along. We knew it would be challenging. And for my kids, it has been. That's how it goes when you've got a mom who's a gay-friendly, feminist, pro-choice, bigmouthed practicing Catholic. That's how it is when you grow up going to a terrific, Capuchin-run little parish church -- but the rest of your community is almost entirely secular. My elder daughter is routinely -- mostly good-naturedly -- teased by her buddies for being, along with the one practicing Jewish kid in her class, "religious." "My classmates watch movies like 'The Help,'" she tells me with a 13-year-old's characteristic eye roll, "and think that being a Christian means sitting around the table holding hands and saying, 'Praise the Lord!'" In case you're wondering, we don't.

Our friends find their own ways of working through their spirituality and their children's. My friend Marjorie says, "I emphasize the social justice aspects of Judaism and do mitzvoth with the kids, talk about the parts of our religion I struggle with, share how my upbringing was different from theirs -- and what I think was lost and gained." Jessica says, "We enjoy our families' respective traditions, like an English-inflected Christmas and boisterous Seders. We talk a lot about the mysteries of life and the various ways humans have tried to understand them, with much appreciation for the beauty of science." And my friend Helene, who grew up alongside me in our old Jersey City neighborhood, had both her children baptized but reached a turning point when she learned a priest she'd worked with at a radio station early in her career "was abusing kids for decades."

"The diocese knew about it and not only did nothing," she says, "but had us playing his tape-recorded prayers and sermons over the airwaves long after he was gone. They should be brought up on racketeering charges. So I'm out." But, she says, her kids "know all about Jesus and what a cool guy he was. How by dying he walked the walk, and didn't just talk the talk. I tell them, if he could be up there on that nasty cross and still forgive all those assholes who put him up there, well, you can cut anybody some slack. So he died for you to know that. You have to love everybody. Everybody." Helene's kids are, unsurprisingly, pretty rad.

Being a parent means making choices – including choices about the things you yourself are often ambivalent and conflicted about. And I've struggled over the years over how to impart the Christian values I treasure to my kids without saddling them with the worst aspects of organized religion -- to raise them without shame or intolerance or fear of a mean old God. Yet raising my kids Catholic has given my girls the option of accepting or rejecting the faith that simply ignoring the church would not have. And to be frank, a religious upbringing has offered my daughters some other practical, less spiritual perks. If at some point they express interest in a Catholic high school or college, they're better prepared for what would be in store. If someday they want to get married inside a Catholic Church, to men, they will have made their sacraments and will have that option. Besides, if they never get anything else from all their years of Sunday school, they still will have an understanding of a whole lot of the themes of Western art for the last 2,000 or so years.

I long ago vowed that if at any point in their childhoods either of my daughters had come to me and said, "This is total BS," I'd accept it. And while our parish couldn't be more tolerant or generous, our somewhat more (cough) traditional Sunday school has given us plenty of opportunities for questions and conversations, discussions about talking snakes and the like. But over the years, both children, in their very different ways, have found their own spiritual paths. The elder girl is quiet, introspective -- a natural skeptic. She takes after me in that she questions what she can't see but she wants to believe that it's out there anyway. The younger one, on the other hand, favors her Baptist minister grandparents. She's a natural believer with the heart of a preacher. She is open about her faith to the point of exuberance; she loves Jesus, her dad says, like Prince loves Jesus.

I don't expect my children to follow the exact same religious path in life that her parents have. I don't care if they remain Catholic or become Protestant missionaries or explore Buddhism or choose atheism. I care that they're compassionate, decent people. I care that they do service to others, that they respect other people's values, that they, as Helene says, love everybody. I believe that it's possible to get that message in the Catholic faith. Despite its numerous problems and contradictions, that's where I got it. I want them to know that religion doesn't give anybody all the answers, but I hope that they are never too rigid in their worldviews that they can't allow for mystery. I hope they are outspoken and strong but mostly I hope they are kind.

In two weeks, my daughter will walk into the church on her own two feet and make her confirmation, because, she says, it's "what its name suggests: I confirm that I love God." And when I ask her why she wants to stay Catholic, she says, "My life is good, and I can be grateful. And when it's not good, faith helps me get through it." She's still a work in progress, growing and adjusting her philosophy as she goes along, confirming what she believes, discovering what she still has yet to learn and what she is yet called to do. Me too. And though it hasn't been easy or perfect, I haven't raised my kids within the church to impose upon them an obligation. I've tried, instead, to give them a gift – one that's flawed but frequently beautiful, and capable of being whatever they choose to make it.