Is rape legitimate if she dresses provocatively? One author argues yes 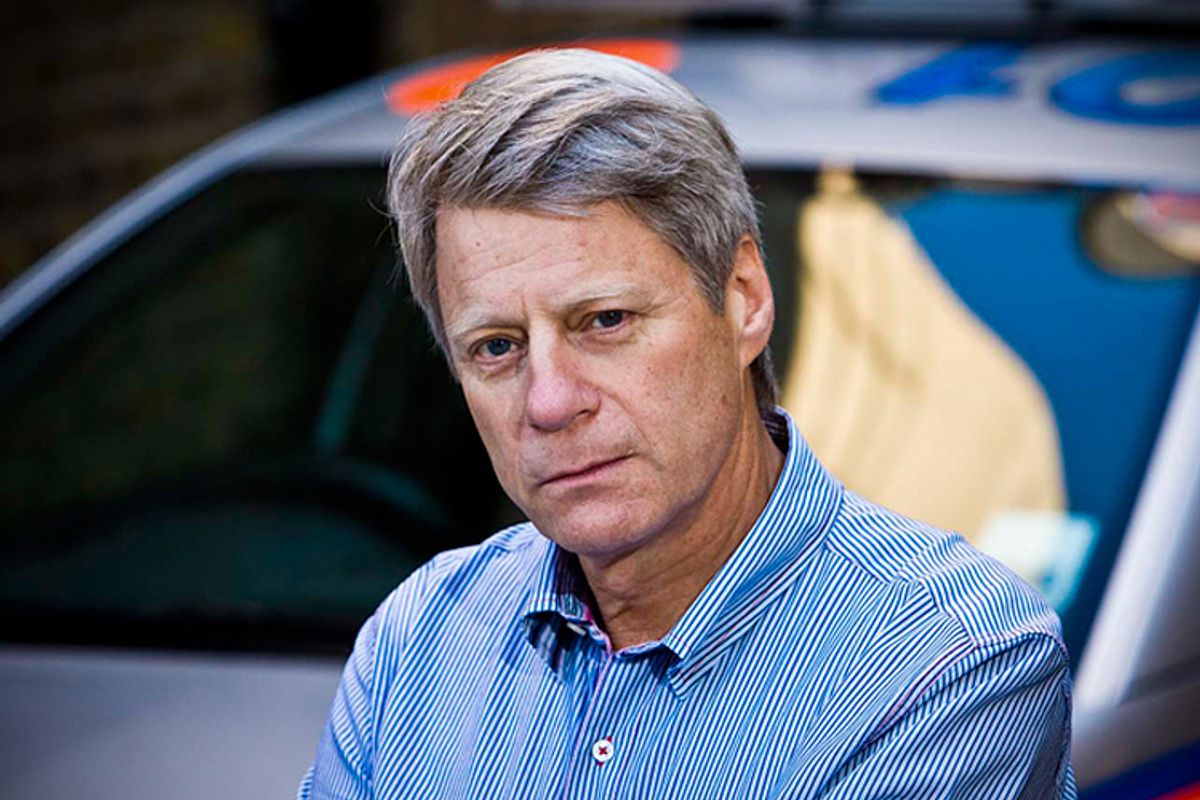 He says things like, "Rape is one of the most defiling crimes and there is never excuse or justification for it." Then he says, "In any other crime we take account of provocation and contributory factors. Even in murder. Why not with sex?" And he wonders why readers are a little confused.

In the U.K., Ross, the former host of a show called "Crimewatch," has been making headlines with his new book, "Crime" -- especially the chapter on sex crimes. In a controversial excerpt that ran in the Sunday Mail, Ross declared that:

"The main argument of my book is this: we can aggravate crime by tempting fate, and we curb it by playing safe. We have come to acknowledge it is foolish to leave laptops on the back seat of the car. We would laugh at a bank that stored sacks of cash by the front door. We would be aghast if an airport badly skimped on its security....  Our forebears might be astonished at how safe women are today given what throughout history would have been regarded as incitement … they would be baffled that girls are mostly unescorted, stay out late, often get profoundly drunk and sometimes openly kiss, grope or go to bed with one-night stands."

It's a theme he expands upon in his book, in which he says research reveals that "half of all women who have had penetrative sex unwillingly do not think they were raped and this proportion rises strongly when the assault involves a boyfriend, or if the woman is drunk or high on drugs: They led him on, they went too far, it wasn’t forcible, they didn’t make themselves clear … For them rape isn’t always rape." He adds, "We should not forget, of course, that women can sometimes turn sex to their own advantage, which occasionally has other implications for crime."

In other words, if a woman blames herself for her rape, that's just dandy, because ladies are always using their feminine wiles anyway.

Ross' comments quickly stirred up an inevitable tempest over consent and assault -- Sarah Green of End Violence Against Women told the Guardian the remarks were "horrible" and "trotting out the same spurious myths about rape." And columnist Martin Robbins scoffed at "the myth of the self-guiding penis," noting that "it allows offenders to abdicate responsibility for their actions, and transfer it to seductive women; it leads people to assume that rape is a crime of passion rather than a cold, premeditated act of psychological manipulation and physical oppression." More charitably, Dr. Brooke Magnanti wrote in the Telegraph that "at heart [Ross] wants to be an ally of victims" – even if he's gone about it clumsily.

We all assume a measure of personal responsibility in all our movements and actions, and not every ill-advised or mutually drunken encounter is a violation. But for Ross to say that "In sex, as in so much else, almost everything we’re told about crime is wrong" is to make the ugly, all too common assumption that rape is just sex gone amiss, a case of miscommunication rather than abuse. Yet any man who is not a sex offender understands the difference. A woman's body is not a laptop in the back seat of a car, a treasure to be guarded.

Ross might say that, "Women are stronger and more capable of making their own decisions or running their own lives than we allow"; he seems to believe that men, on the other hand, are still just helpless slaves to their own desires.