Violence continues in the wake of the landmark gay marriage law, so extra police will be present at the nuptials 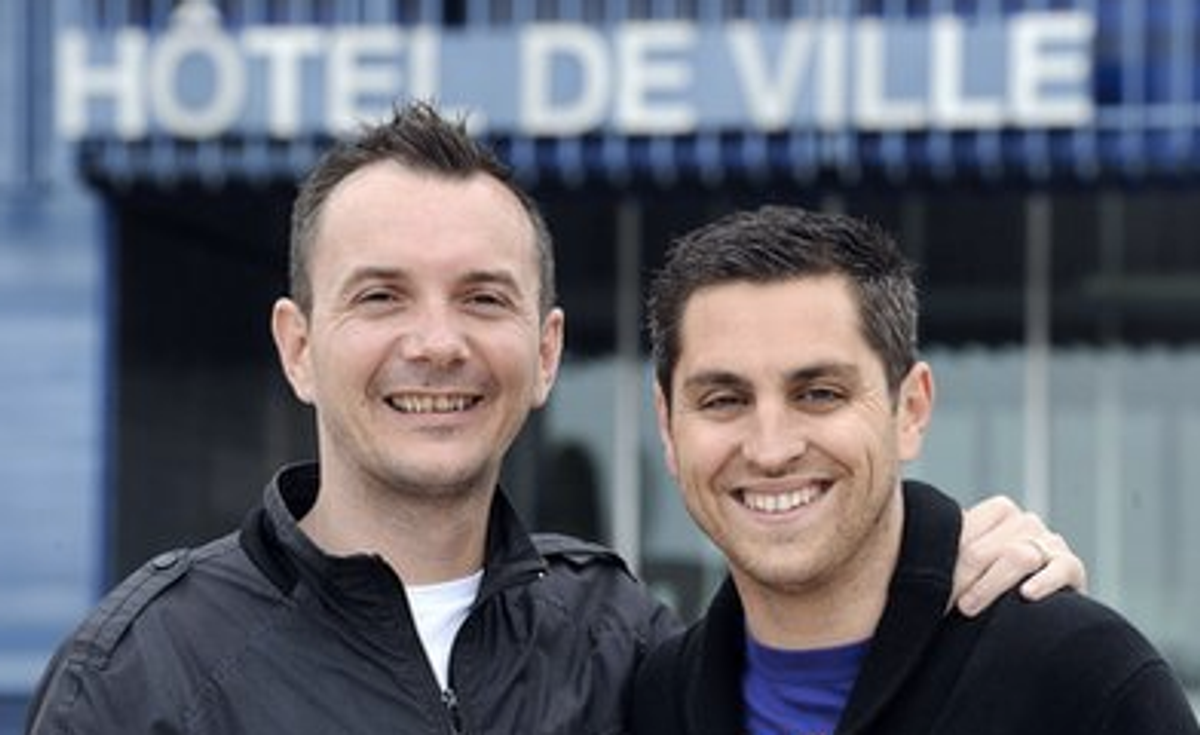 Vincent Austin and Bruno Boileau will be the first gay couple to wed in France, just 10 days after President Francois Hollande signed the country's gay marriage legislation into law.

But violence from fringe right-wing groups and anti-gay protestors has continued in the wake of the landmark reform, so the couple's nuptials will take place amid tight security, with the city of Montpellier calling in extra police to ensure the ceremony goes off without incident.

In addition to a heavy police presence, the Wednesday ceremony will host more than 200 members of the international press, as CNN reports:

Some 200 journalists have been accredited to cover the wedding, many from overseas, signaling the global interest in the social landmark represented by the marriage.

Guillaume Bonnet, senior campaign manager in France for the equality group All Out, said he was honored to be a guest at the wedding on what he described as a historic day for his country.

"We have shown that if we all work together anything is possible," he said. "Now couples like Vincent and Bruno can create life full of love and family just like any other loving and committed couple."

Despite the less-than-intimate circumstances of their nuptials, the couple say they are delighted to begin their married lives together and aware of the significance of being the first gay couple to wed under the new law, as they told CNN:

When French children are born into this world, they are born with the same rights as everyone else -- but from the moment you said you were a homosexual, society deprived you of some of those rights. Today the French Republic has given these rights back to us, the ones they had taken away, and it has put an end to an institutional discrimination.