Pick of the week: Joss Whedon does Shakespeare

The director's homemade, black-and-white "Much Ado About Nothing" sparkles with wit, sex and energy 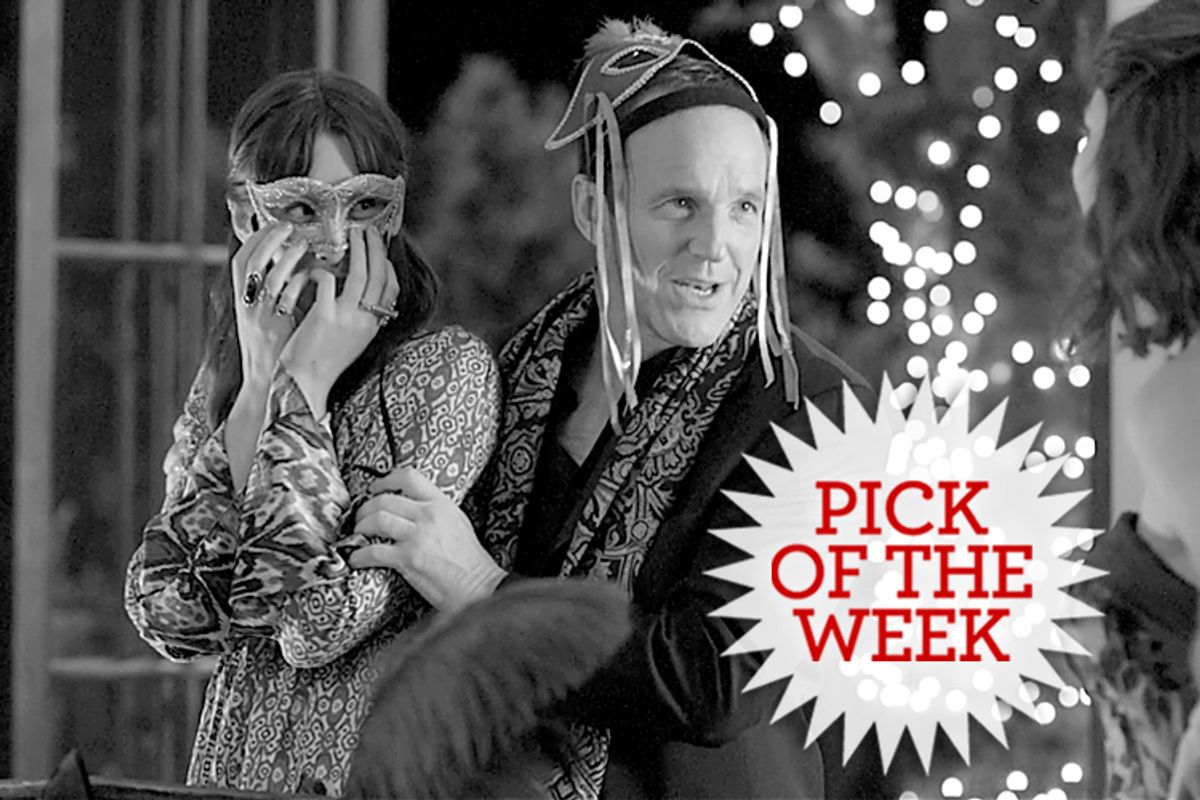 Shakespeare scholars didn’t take “Much Ado About Nothing” seriously for many years, partly just because it’s a comedy that lacks the death and dread factor of “Hamlet” or “Lear” or “Macbeth” and partly – I’m not kidding – because the title led some to conclude that the Bard rated it pretty low himself. But there’s a reason why it’s among the most widely produced of Shakespeare comedies, and why Joss Whedon has produced a DIY, no-budget American film version, set at an all-night party in contemporary California, even though the much-beloved Kenneth Branagh-Emma Thompson production from 1993 is readily available.

Despite its focus on the importance of female purity and chastity that seems just a wee bit out of step with 21st-century morality, “Much Ado About Nothing” offers a wonderfully contemporary pair of sparring lovers who believe themselves ill-matched but are of course made for each other. Shakespeare didn’t invent this pattern, to be sure, but his Beatrice and Benedick anticipate Jane Austen and the Spencer Tracy-Katharine Hepburn movies and “Moonlighting” and pretty much every screwball-type romance ever devised. (Including the clear suggestion in the text that these two have already been lovers who couldn’t stand each other and broke up, which becomes explicit in Whedon’s version.)

Beatrice, played here by the nimble and irresistible Amy Acker (a veteran of the Whedon series “Angel” and “Dollhouse,” among others), is one of Shakespeare’s best female characters in any play. If she surrenders to Cupid in the end, of course, she has a sharp-pointed wit and a healthy contempt for the male of the species, backed with more than a little of Lady Macbeth’s steely spine. None of the ingénue characters in “Midsummer Night’s Dream” or “Twelfth Night” or “As You Like It,” sparkling as they may be from time to time, possesses her force of personality.

And the B-side of the Beatrice-Benedick war, if you will, is a straightforward love match that goes in an unexpectedly dark direction. The young soldier Claudio (Fran Kranz) and his mentor Don Pedro (the outstanding TV veteran Reed Diamond) are all too easily convinced by the knavish Don John (Sean Maher) that Claudio’s fiancée Hero (Jillian Morgese) is a faithless slut who’s been entertaining random dudes in her bedchamber every night. If the specific morality of the situation is antiquated, its perception of the tetchy and all-too-easily pricked vanity of the male ego feels timeless. I think the most valid criticism one can make of the play is that Shakespeare redeems these men too hastily; Claudio doesn’t quite deserve to win Hero’s love after all that, and whether Benedick in fact deserves Beatrice is also open to debate.

Whedon’s version was shot in 12 days, in and around his own Southern California home and using an ensemble of his favorite TV actors, as a private diversion while he was making the zillion-dollar comic-book adventure “The Avengers.” It was shot on digital video processed into black-and-white (by cinematographer Jay Hunter), and Whedon himself co-edited the film and composed the jaunty, sultry musical score, as well as writing and directing. (The dialogue and vocabulary are all Shakespeare’s, but Whedon readjusts here and there and doesn’t use every line of the original.) It’s not a perfect realization by any means, and never reaches into the most somber or sardonic areas of the play, but it definitely possesses that Whedon-esque nerdy energy, fizzing with humor, eroticism, booze and more than a hint of danger. I know this is obnoxious, but I’ll say it anyway: I enjoyed “Much Ado About Nothing” roughly twice as much as “The Avengers.”

I’m not entirely sure that I grasp the high concept behind this production, but I’m also not sure it matters much. Don Pedro and his dark-suited men could be Wall Street bankers, American yakuza, Blackwater security contractors or some other kind of semi-dastardly guy force I haven’t thought of. No such confusion results from the comic-relief constables Dogberry and Verges (Nathan Fillion and Tom Lenk, respectively), by the way, a pair of thoroughly hilarious polyester-clad rent-a-cops worthy of “Reno 911!” who shamelessly gobble every scene.

That blending of eras and aesthetics, where Elizabethan broad comedy meets trash TV of the early 2000s, is a helpful way of thinking not just about this Shakespeare production but Joss Whedon’s career as a whole. What were “Buffy the Vampire Slayer” and “Angel” if not attempts to prove that one could do epic, innovative and sometimes experimental drama using the characters, actors and presentational style of TV soap opera? I remember Al Pacino (I think) observing once that American actors had never really taken Shakespeare for themselves, and that most Yank approaches to the Bard just aped a generations-old British tradition. Whedon’s effervescent “Much Ado About Nothing” is one possible response to this (and not the only one, of course): Take a bunch of familiar L.A. TV actors and let them do real Shakespeare, but a Shakespeare informed at some moments by the conventions of psychological realism and at others by “90210” and “Melrose Place.” (I haven't yet mentioned Clark Gregg, also terrific as Leonato, Hero's father and the host of the ambiguous California pool party.)

Homemade as it clearly is, and first-drafty as it often feels, Whedon’s “Much Ado” will reward repeat viewings, for the adroitly paced dialogue, the debauched humor of the extended party scenes and the offbeat visual jokes. (Claudio and another of Don Pedro’s men are assigned to bunk in a bedroom that appears to belong to a posse of 9-year-old girls.) I even suspect that Whedon’s tendency to cast against type, as with the nerdulous Fran Kranz as Claudio or the nebbishy sitcom actor Alexis Denisof (of “How I Met Your Mother” and so on) as Benedick, will get weirder and funnier if you watch the film again. I definitely want to get greedy and imagine a world in which Whedon can command, say, 1.5 percent of his “Avengers” budget to make his next Shakespeare comedy. But that’s not the world we live in, and I had so much fun at this movie that (as Benedick puts it) a college of wit-crackers cannot flout me out of my humor.

“Much Ado About Nothing” opens this week in Los Angeles, New York and San Francisco, with wider national release to begin June 21.

Comedy Editor's Picks Joss Whedon Movies Much Ado About Nothing Our Picks Our Picks: Movies Romantic Comedy Shakespeare The Avengers