The government has all your info

Just in case you weren't clear on this. Here's why nothing will be done about it 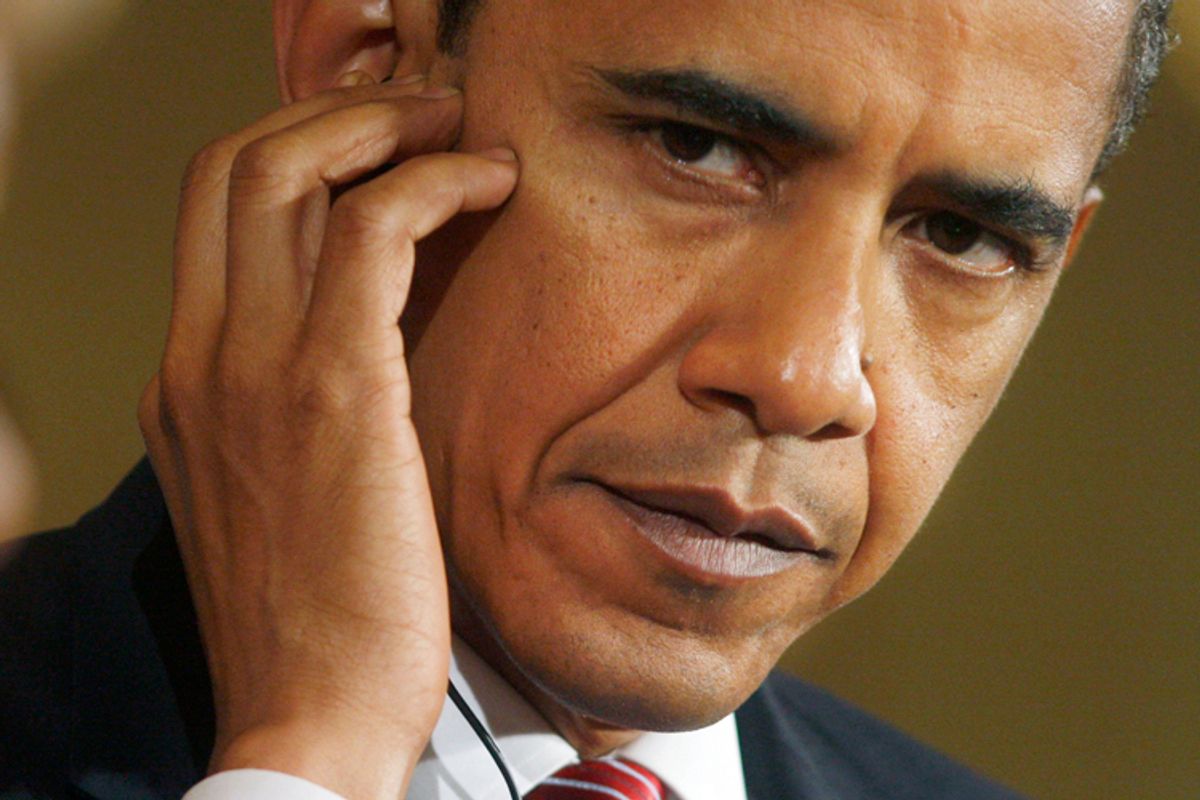 The CIA does the sexy evil stuff -- assassination attempts, regime change, torture, air strikes against crowds of people totally unknown to us -- but the scariest domestic intelligence agency for your average American, at little risk of dying in a drone strike or being deposed in by a military junta, has always been the National Security Agency. Last night, the Guardian's Glenn Greenwald, Ewen MacAskill and Spencer Ackerman reported that the NSA ordered Verizon to provide it with information on every call made in the United States for a three-month period ending in July. Yes, every call.

The NSA got a FISA judge to order Verizon to turn over "all call detail records or 'telephony metadata' created by Verizon for communications between the United States and abroad" or "wholly within the United States, including local telephone calls." The records include "metadata," meaning the records show the phone numbers, call length and possibly location the calls were made, among lots of other helpful identifying information.

This news, like most modern news regarding our national security state and government surveillance programs, is equal parts shocking and unsurprising. We already knew (or, more accurately, "we" already "knew") this was happening, or at least that it had the potential to happen. Oregon Democratic Sen. Ron Wyden has repeatedly said as much. The NSA's authority to demand this information comes from the Patriot Act. (The request rests on a very broad reading of a provision of the Patriot Act but we should be used to intelligence agencies interpreting the law in the most permissive possible way.)

The NSA is the most secretive of the major intelligence agencies. Its existence was classified for 20 years. It wasn't officially acknowledged to exist until the 1970s, though journalists did begin reporting on the agency in the 1960s. Their stated mission -- foreign surveillance, communications interception and code-breaking -- has long-since morphed into a mission to simply vacuum up as much data as possible on targets domestic and international. Every few years, the mere capabilities of the NSA become a minor scandal. Its headquarters requires its own power plant. It has long operated a global communications monitoring system with the Bond-esque name ECHELON. Beginning with the Church Committee in 1975, Americans regularly hear about the actions and abuses of the NSA and we are shocked by them each time. And since the Church Committee led to the Foreign Intelligence Surveillance Act of 1978, nothing has been done to punish or restrain the agency.

Each American president since the start of the Cold War (or, truthfully, since the start of World War II) has always only expanded, and never restricted the powers of the NSA and the rest of the national security state. Congress, which is supposed to be offering oversight, has not seriously acted to restrict intelligence gathering activities since that first FISA bill. Indeed, given multiple opportunities to amend the act, Congress, since 9/11, has only endorsed and legalized the actions of the NSA.

Conor Friedersdorf is right, but Republicans have mostly already failed this litmus test. Given the opportunity to limit the powers of the NSA during the Obama administration Republicans in the House and Senate voted to reauthorize the NSA's post-9/11 expanded powers.

Ron Wyden has been crowing about this for some time. Because he is a Democrat criticizing his party from the left, his warnings and complaints have been given only cursory mention in the nonpartisan press, especially compared to the similar, but frequently much more ridiculous criticisms lobbied against the administration by Rand Paul.

This order went through a FISA Court, according to the rules laid out explicitly by Congress (unlike the Bush administration's abuses, which were only retroactively authorized). The order could've been isolated, or it could've been standard practice. We have no way of knowing. And it's almost definitely not just Verizon. As Marc Ambinder says: "I would assume that these orders are typical and are issued by the FISC to other telephone companies, and possibly to companies that process e-mail as well." (He also says the order is "at odds with statements from government officials who've insisted that the government does not collect all Americans' phone records just because they can.") An unnamed expert cited by the Washington Post says the order "appears to be a routine renewal of a similar order first issued by the same court in 2006."

While the fact that the NSA has the power to do this has been public for some time, we've never seen, until the Guardian obtained one, an actual Foreign Intelligence Surveillance Court warrant. They are very top secret. Someone will probably be prosecuted for leaking this one. That, in fact, is one of the primarily issues civil libertarians, like the ACLU and the Electronic Frontier Foundation, have been raising: If the way the administration interprets the law is secret, the law itself is effectively secret. Now we know more. But the recent history of the U.S. and domestic surveillance suggests that knowing more won't lead to doing anything about it.