How powerful elites divide the rest of us

The split between political junkies and everyone else stifles meaningful activism. Here's how to break out of it 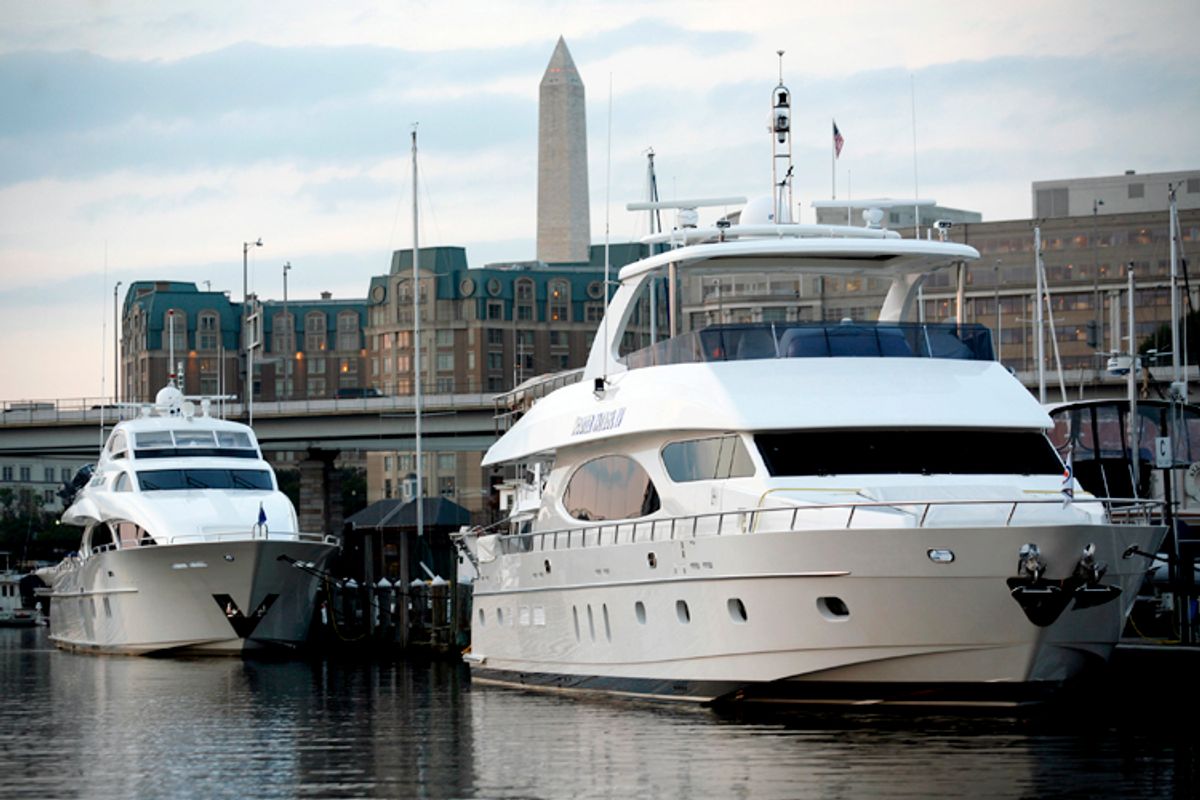 Among the complaints you often hear from political organizers is the one about silos. As the lament goes, too many organizations are trapped in specific single-issue silos and are therefore unable to work in any coordinated fashion as part of a larger movement. It's a fair criticism, but it misses an even bigger obstacle to achieving lasting change: the vast divide between political junkies and Everyone Else.

On the political junkie side of this chasm are those of us who follow politics and social issues closely. We typically get our information through niche media, email newsletters, membership organizations and the attendant social media feeds. The media that serves this audience seems perfectly happy to commodify dissent by providing niche content that speaks only to a narrow audience -- and nobody else. To many looking in from the outside, that creates the image of a holier-than-thou insularity that is, to say the least, off putting. Ultimately, from within this bubble, "activism" becomes narrowly defined as a grinding project of political work trying to somehow convince A) politicians to do things their donors don't want them to do or B) the larger politically disengaged world to do stuff that can seem too difficult (door knocking, phone banking, etc.) or wholly futile (signing petitions, sending a letter to a lawmaker, etc.).

On the other side of this divide is Everyone Else. This is the much larger throng of people who are either completely politically disengaged or who have informed views on social issues but see the entire political system as too corrupt/dysfunctional to bother with. There may indeed be huge political potential in this latter subset -- but because it isn't really served by the red-versus-blue hyper-political media, and because politics appears so inaccessible and so dominated by junkies, this potential goes largely untapped.

This stasis, of course, suits the professional political class just fine. After all, those who have accrued money, power and status in the existing system are more than happy for activism to be defined as tiny disempowered cadres of already-convinced zealots screaming at each other, rather than what it should be: a mass-appeal activity that focuses on direct action and that is pretty easy to incorporate into the ordinary citizen's daily life.

If you are depressed by all this, join the club. However, there is some really good news: In two ways, there are signs that things are changing and that activism is finally being reimagined as something larger than mere electioneering and lobbying.

Direct action instead of coddling politicians

Did you know that unions and non-profit institutions oversee massive pension funds and 401(k)s? And did you know that those pension funds and 401(k)s have significant financial power in dealing with the companies whose stock they own? It's possible you didn't know this, because that financial power is only rarely used in any proactive way. But that now may be changing.

In my 2008 book "The Uprising" I followed the then-nascent effort to use shareholder activism to shift policy at major corporations (in the book, I tracked the effort to pressure ExxonMobil on climate change). That effort was an early version of what is now becoming a larger movement.

In environmental activism, we are seeing, for instance, Bill McKibben's 350.org help organize the Fossil Free Campaign that is successfully forcing universities to divest their endowments and pension funds from corporations that are contributing to the climate crisis. No doubt, that is putting pressure on the big legacy environmental organizations to walk their own talk and divest their own funds from those corporations (yes, as Naomi Klein recently reported, many of the supposedly greenest organizations make money off of investing in oil companies).

Likewise, the labor movement may be finally starting to see itself as more than just another interest group competing for elite politicians' attention in Washington, D.C. and state capitals. In California, for example, the movement is using its financial leverage over investment management firms it does business with to potentially halt the sale of the Tribune Company to the anti-union Koch Brothers. Meanwhile, the American Federation of Teachers recently released a report designed to remind its public pension asset managers that they shouldn't be working with firms that are aligned with conservative political initiatives trying to eliminate those pensions.

In a consumer-driven economy, the easiest way to weave political activism into daily life is to incorporate it into the buying experience. Companies like Whole Foods and PetSmart long ago figured this out when they starting asking to add a contribution to an affiliated cause to consumers' final check-out bills. Now, more explicitly political causes are figuring it out, too.

For instance, the phone company Credo Mobile has made the use of their cell phone services a seamless and simple way to both get the telecommunication service consumers want while also funding progressive political causes. Similarly, the rapidly growing world of farmer's markets and Community Supported Agriculture (CSA) services are mixing people's basic need to eat with outlets that let them defy corporate agribusiness -- all while providing more access to fresher and healthier food. Same thing for the credit union movement -- people need banking services, and the growing cooperative banking model provides those consumers with such services in a way that lets them avoid supporting rapacious Wall Street banks.

Perhaps most exciting of all is the news that the social media revolution is now poised to take these trends to the next level.

Mimicking the Amazon.com app that lets you compare store goods with Amazon goods, Buycott lets you scan any product bar code and see which parent corporation stands to make money off of your purchase of that product. In other words, the app lets consumers easily apply their political principles to their everyday purchases. Additionally, as Forbes notes, you can then "join user-created campaigns to boycott business practices that violate your principles," using the app to avoid products from companies that are part of the problem.

With states passing laws establishing a new genre of socially conscious corporations, you can imagine Buycott and similar technologies helping drive customers to like-minded companies and away from corporations that are political anathema.

These examples are reminders that even in a country as economically unequal as America, citizens collectively still have some financial power to wield in the market. It's just a matter of politically organizing that power -- and then having the wherewithal to deploy it. Doing that isn't rocket science. It simply requires an understanding that political engagement is not just political junkies talking to political junkies. If it is going to actually bring about change, it has to meet non-political-junkies where they are as employees, consumers and future retirees.

The more that happens, the less of a gap there will be between activists and everyone else -- and the more chance there will be for political progress.