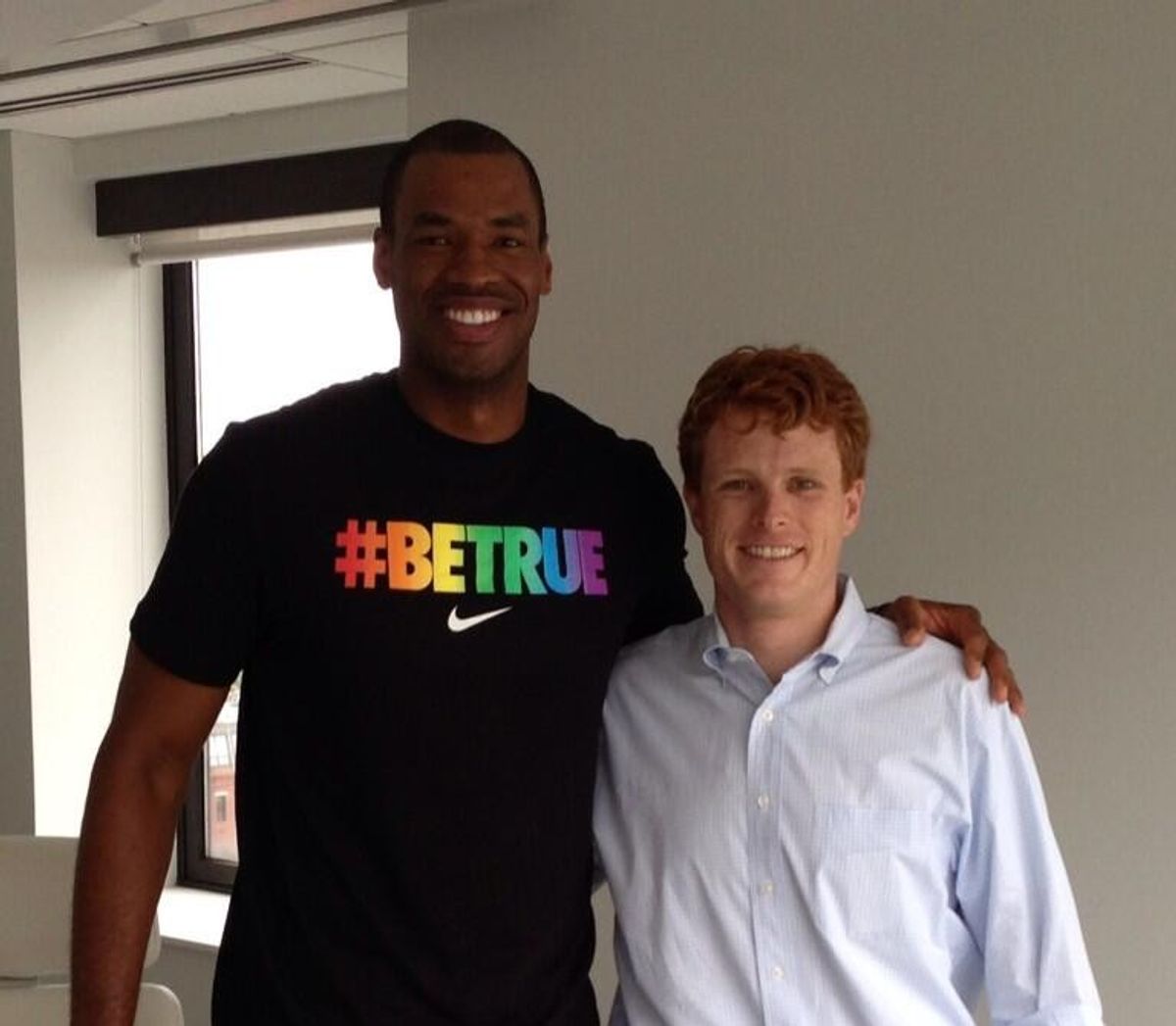 Jason Collins, who in April became the first openly gay male professional athlete is marching for gay pride in Boston with his old college roommate, Massachusetts Congressman Joe Kennedy III. Earlier today, he tweeted a picture of them together:

The picture is particularly meaningful as Collins decided he needed to come out publicly after Kennedy marched in last year’s parade and Collins didn't feel like he could participate.

Kennedy is proud of Collins' decision and recently wrote an op-ed in Bay Windows, a blog for New England's LGBT community, about why he participates in the march:

Jason will march in the parade with me this year – a seven-foot tall, African-American, professional athlete in the midst of the costumes and colors and confetti. Hopefully, there will be people on the sidelines watching him the way he watched others last year; empowered and inspired not just by his participation but by the thousands of people flooding the streets of Boston to cheer him on. Maybe, those people will sign up to march themselves next year, just like Jason did. And that is why we celebrate Pride.