There is no "forced fatherhood" crisis

"Do men now have less reproductive autonomy than women?" asks a Times Op-Ed. In a word, no 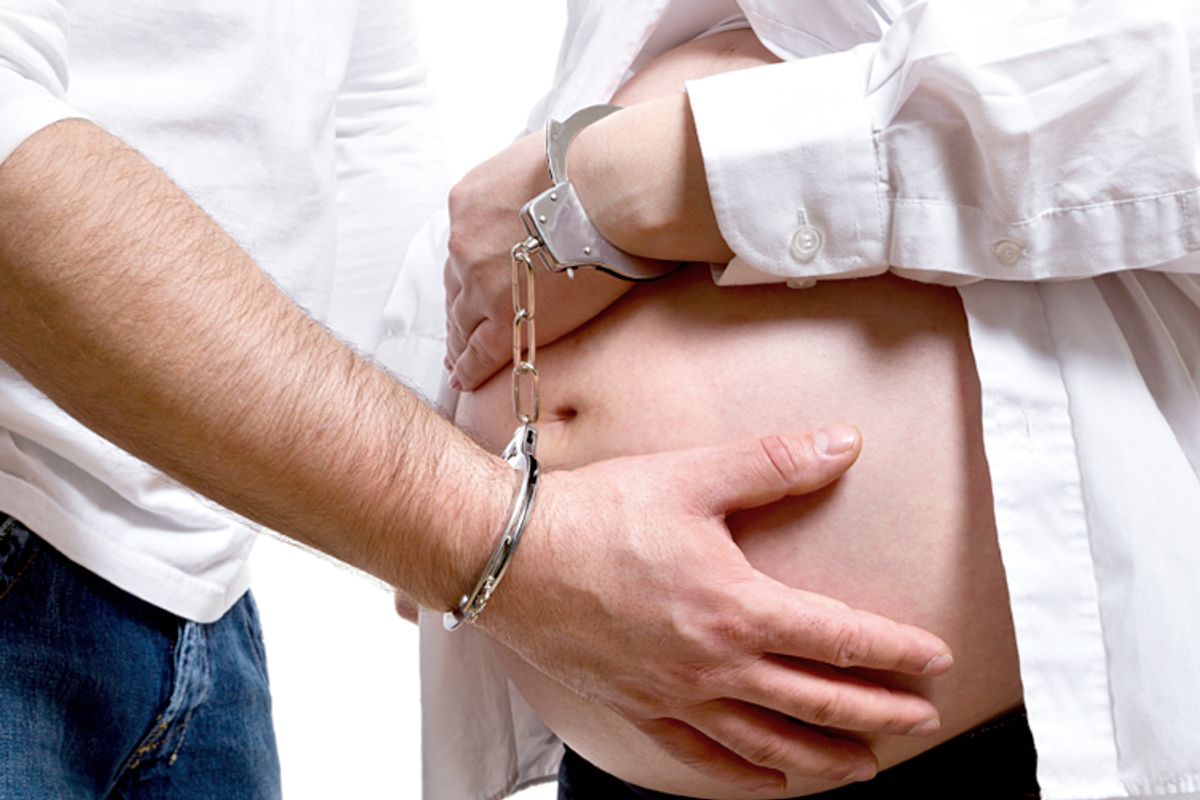 Within our eternal, exasperating national dialogue over reproductive freedom, it is generally and correctly assumed that the freedom we speak of is the main domain of women. We're the ones who get pregnant, after all. We're the ones who decide whether to continue or terminate. We are, overwhelmingly, the parent everyone talks about when they talk about single parent households. Yet the creation of a child is traditionally a two-person affair. And so, as Father's Day approaches, a New York Times Op-Ed Thursday has taken on the issue of choice from a different angle, asking, "Is Forced Fatherhood Fair?" In it, Laurie Shrage, a professor of philosophy and women’s and gender studies at Florida International University, argues against a merely biological definition of fatherhood and lays out the thorny morass that "legal paternity" so often becomes.

There are several important reasons for examining the legal, moral and ethical repercussions of parenthood -- especially the unplanned and unwished-for kind -- in our country. As Shrage points out, we need to strengthen the laws so that abusers are not irrevocably tied to their victims, a situation that Colorado recently tackled explicitly with regard to rapists. We need to recognize the sticky ethical cases of men like Greg Bruell, who three years ago fought back when his girlfriend sued him for child support when she got pregnant and kept the baby -- even after they'd decided they would not become parents together. As Mel Feit of the National Center for Men told Salon at the time, "When a man and woman have discussed what they want and have an agreement, I do not think she has a right to impose her change of mind." Or as Shrage puts it, "We need to respect men’s reproductive autonomy." Which sounds like a great idea and sure seems "fair," until you factor in stuff like biology, economics and reality.

Like Shrage, I would love to live in a world in which no one is ever dragged kicking and screaming into parenthood. But that's never going to happen. And the question of what to do when one person's options are so vastly different from another's is not an easy one to answer. This is something I understand intimately. When my mother was pregnant with me, her choices were considerably more limited than my father's were. She was young. She was unmarried. She was Catholic. And she'd had the misfortune to get knocked up before Roe v. Wade. My father married her in a moment of magnanimity, allowing me to come into the world with a name. But by the time I was born, he'd already been gone for months. He didn't visit. He didn't send money. I didn't meet him until I was 35. I think of him often, especially around this time of year. Now and then I Google him, even though his name is impossibly common, and wonder if I'll find an obituary. I imagine someone like Shrage would consider his life a success, unburdened as he was from a family he did not ask for.

But after the crap storm that went down just yesterday in the House, I have to laugh at her question, "Do men now have less reproductive autonomy than women?" When the actions of rapists are blithely chalked up to "hookup mentality," I must offer a healthy chortle to her query, "Do our policies now aim to punish and shame men for their sexual promiscuity?" When I consider that in the U.S., single mothers "work more hours and yet have higher poverty rates" than their counterparts in other industrialized nations, and that in 2011, "approximately one-third of single mothers had no earned income," I find a certain unintentional comedy in reading a New York Times opinionator railing about the unfairness that men who "accidentally" father children "can be stuck with years of child support payments." (As one of the Times commenters astutely observes, "There is no such thing as forced fatherhood. There is legally mandated child support for both mothers and fathers.") I likewise choose not to lose any sleep over Shrage's assertion that "The asymmetrical options that men and women now have when dealing with an unplanned pregnancy set up power imbalances in their sexual relationships that my male students find hugely unfair to them." And when Shrage says we need new standards to "protect a naïve man who, in a moment of exuberance with a girlfriend, allows his name to be put on a birth certificate," I immediately exhaust my daily portion of ROTFL because, sure, acknowledging paternity of your own damn child is for many men an innocent summertime gambol through a field of dandelions.

My daughters' burgeoning feminism comes in no small part from having an adoring, encouraging, present father who likes and respects women. Mine was forged not by rhetoric but the simple day after day, year after year evidence in my home that the women I lived with – my mother, my grandmother, my aunt -- were both nurturing caregivers and breadwinners. That cooking dinner and changing a fuse were not female tasks or male tasks; they were just tasks. The life that I wound up having has been extraordinary -- not in spite of my father's absence but because of it. I had a far better childhood with no father than plenty of people I know have had with a bad father who didn't want to be there. But had I his address, would I send my father a thank you card for the financial support he didn't provide, the love he didn't give? Uh, no. And when this Sunday rolls around, I will ache a little, as I always do, for something I never had, and the man whose choice wasn't me.

Like millions of other young, sexually active individuals, my mother and father were wildly ill-prepared for the consequences of their mutual actions. For the very lucky -- as I was lucky – the children of their resulting pregnancies wind up with the best possible scenario based on what they have been given and the circumstances that their parents' actions put them in. I agree with Shrage that we need abundantly more "sex education, family planning counseling, or community service" to prevent unplanned pregnancies. But I find her blissful reference to those "men who willingly perform fatherlike roles in a child’s life" remarkably unsubstantiated. Does she honestly believe that whenever a biological father exercises his right to choice, another male caregiver is just waiting in the wings to share the responsibilities of parenthood? Guess what? That guy doesn't always come along. And every reproductive "choice" that goes to term at some point becomes a human being.

Unlike Shrage, I recognize that when women are pregnant with a baby they didn't sign up for and they can't access abortion, they still have to figure it out. For men, decades after my father left for work and told my mother, "I'm not coming back," it remains remarkably easy to simply decide to not be a parent. So by all means, let's talk about what's "forced." But for God's sake, let's not pretend the deck is stacked in a way that's even remotely "fair."