Pick of the week: Hijacked by Somali pirates 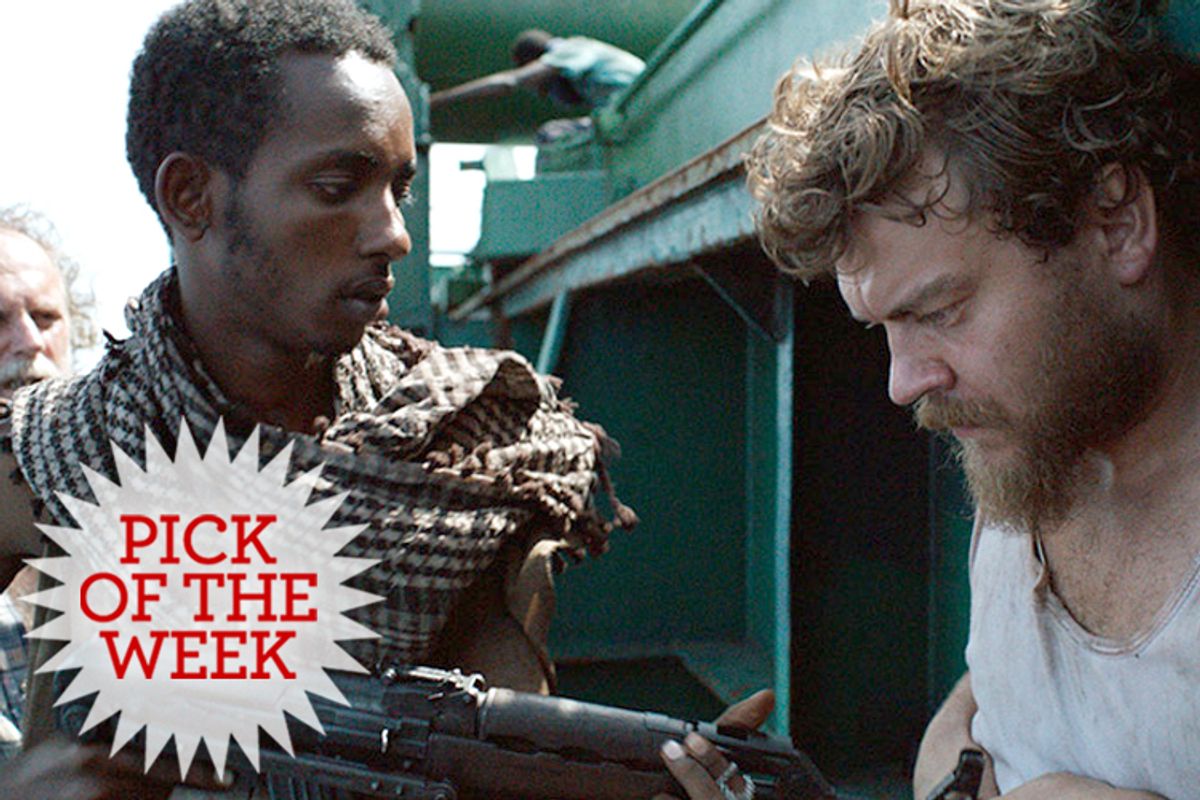 If the relentless Danish piracy thriller “A Hijacking” were an American movie, or had been made in English – some of it is in English, actually, since that’s the international language of diplomacy, extortion and blackmail – it would be widely proclaimed as one of the best films of the year. But that’s essentially a ludicrous thing to say, since no mainstream American thriller could ever be made about this subject that resisted simple-minded narrative clichés the way “A Hijacking” does, or that refused to depict its characters as either heroes or villains.

In essence, Tobias Lindholm’s film is a corporate thriller, a story of the business world that explores both the backroom deal-making and its effects on ordinary people. In this case, the deal involves ransom negotiations to free the crew of a Danish cargo vessel that’s been commandeered by Somali pirates in the Indian Ocean. But for buttoned-down CEO Peter Ludvigsen (Søren Malling) back in Copenhagen, the negotiating tactics are no different from the ones he’s just used to drive down the price of a deal with a Japanese partner. As for the pirates themselves, they’re a well-known risk in doing business in that part of the world. Sometimes you have to bribe corrupt officials, sometimes you pay millions to consultants who do nothing, and sometimes you deal with pirates. They are practicing capitalism by other means.

If you’re a devotee of the hard-hitting Danish TV dramas that have recently leapt into the North American consciousness, then you’ll recognize many of the actors in “A Hijacking,” along with the general approach. Indeed, Lindholm, the writer and director of this film, is one of the principal writers on the political series “Borgen” (and before that made the excellent prison drama “R,” barely released in the United States). Malling, who creates one of the most complicated and human CEO characters ever seen on-screen – all while barely changing his expression – is one of the most recognizable faces in Danish television, having played recurring roles in “Borgen,” “The Killing” (aka "Forbrydelsen"), “The Left Wing Gang” and the current comedy hit “Europamestrene,” among others. On board the ramshackle M.V. Rozen in the Indian Ocean, Pilou Asbæk (who plays the Machiavellian consultant Kasper Juul in “Borgen,” and Paolo Orsini in Showtime’s “The Borgias”) is Mikkel, the ship’s working-class cook, terrified that he’ll never make it home to his wife and baby daughter.

Once Peter and the other shipping-company executives figure out that the Rozen has been hijacked – we don’t see this happen, and only hear the captain’s emergency broadcast – contingency plans fall into place. It’s clear that this is an unpredictable event, but not exactly an unanticipated one. A bluff and beefy British consultant named Connor (Gary Skjoldmose Porter) is called in, and if his manner and vocabulary suggest business school, his physique, tattoos and accent suggest the kind of military special-forces background you’d rather not know too much about. He cautions Peter and his subordinates to settle in for the long haul and avoid making emotional decisions. The pirates have plenty of time -- "Time is a Western thing! It means nothing to them!" -- and want to make sure they’ve gotten every possible dime out of you. At the same time, the lives of the crew are their most important currency, and they’re unlikely to kill people if they can avoid it.

But keeping the crew alive is not the same as making them comfortable. Mikkel, along with an engineer named Jan (Roland Møller) and the ship’s injured Australian captain (Keith Pearson) are stuck in a sweaty and foul-smelling cabin, given minimal food and water and forced to relieve themselves in the corner. Periodically, Mikkel gets the good-cop routine from a Somali named Omar (Abdihakin Asgar), who speaks excellent English and seems to be in charge, but genially assures everyone that he’s only a go-between and not a pirate "or anything like that," taking great umbrage when Peter suggests otherwise during one of their long-distance phone sessions.

If Lindholm doesn’t spend much time trying to convey the Somalis’ point of view, that’s because it isn’t especially mysterious, any more than Peter’s is. This is business, and both sides are trying to make the best deal they can. Sometimes the pirates treat their captives abusively, but it’s more out of boredom or ordinary sadism than anything that’s either personal or political. They also let them out onto the deck to catch some rays and go fishing, and when Jan catches a whopper, Danes and Somalis alike have a drunken feast that goes long into the night and includes a chorus of “Happy Birthday” for Mikkel’s faraway daughter.

One could also say that if Peter agreed to the pirates’ initial demand of $15 million, the whole thing might have been over in a week. But Connor tells him that’s well above the going rate, and he needs to come back with an insultingly low counter-offer of $250,000 in order to pave the way, little by little, toward a real number. Peter and Omar are unfailingly polite to one another over the echo-ridden, ship-to-shore phone connection – “How are you, sir? I have very good news for you today!” – always eager to deflect the ugly reality of their situation, let alone the much uglier global realities that lie just behind it.

But again, Peter’s not presented as a villain, or even a heartless corporate autocrat who’s only concerned with the bottom line. It’s clear that he feels personally responsible for the lives of his employees, trapped in a dreadful situation halfway around the world. But one of the key factors in capitalism is that it’s very rarely a question of individual responsibility: Peter is a CEO, not a tycoon, and he needs to make a decision that will appear reasonable to his board of directors, firm to his subordinates and humane to the families of the kidnapped men and the public at large.

As for Omar, his line of work is unquestionably illegal and arguably reprehensible, but on the other hand he had the misfortune of being born in perhaps the poorest and most desperate country in the world, and has found one of the few workable models of entrepreneurship in that environment. Will he use the money he extorts from Peter to build health clinics and feed entire villages, or finance al-Qaida cells and drug smuggling? There’s no way to know. What I do know is that right through the final negotiations (by fax machine!), the last-minute disaster and the wrenching denouement, “A Hijacking” is a brilliantly constructed, character-based thriller that leaves the moral calculus to us.