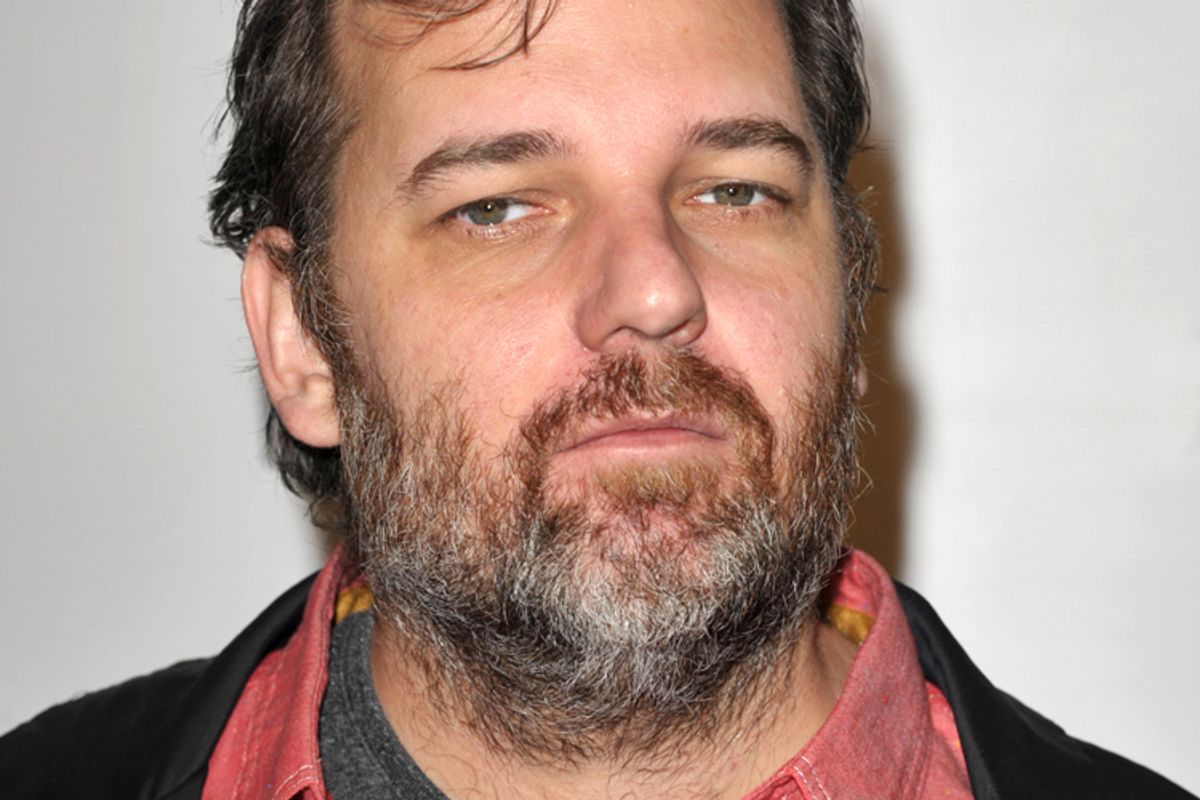 When it was announced a few weeks ago that Dan Harmon would be returning to “Community,” the show he created and had been fired from, it looked like a feel-good story. A wronged auteur has his creation stolen away from him by forces that care more about money, ratings and professionalism than art, only to be vindicated when that creation flounders in his absence, and the same forces have to return his work, admitting it is nothing without him. The genius triumphed over the suits, talent over money, fans over ratings. It’s a happy ending, right? Absolutely — except for the part where, as this story unfolded, the genius auteur got more and more insufferable, a man using his self-proclaimed emotional neediness to behave like an exhausting, smug prat. Is Dan Harmon really great at making “Community”? He sure is, but boy is he getting tiresome.

The most damning and telling example of Harmon’s transformation into brilliant windbag is the most recent: On the last episode of Harmontown, the regular variety show Harmon puts on in front of a live audience and also releases as a podcast, Harmon delivered a rant about season 4 of  “Community,” the zombie season that was made in his image but not in his presence. In it, he equated watching the season to seeing his family getting raped or seeing pictures of your girlfriend blowing a bunch of other guys. (It is probably more like seeing a bunch of other guys go down on your girlfriend, but imperfect sex metaphors are not the issue.)

The rape joke was in poor taste, but so was the entire discussion: Harmon, the world authority on “Community,” shat on a mediocre season of the show that was already so widely shat upon that the show had been returned to him because of it. From his new-but-old position of power, the former underdog who was once again the top dog, the victor who was no longer the victim, decided to shame a thoroughly shamed writing staff some more. Either holding a grudge or unable to fully wrap his head around the changed power dynamics, Harmon beat a dead writers room. Then for good measure he complained about how “writers fighting other writers is the dream of Sony,” presumably aware that he was actually giving Sony its dream, but somehow unable to stop himself.

The next day, Harmon apologized in a blog post titled “It Won’t Happen Again Again.” It's a side effect of self-help and drug rehab culture that we now consider acknowledging a bad habit a good unto itself: The first step toward fixing a problem is to admit that you have one. But self-awareness and deprecation are just talk if you don't have any intention of following through. And Harmon has every intention of speaking before he thinks again, again and again. “After five seconds of thinking, I realized, as usual, that other people might be hurt, and that I really need to do this whole 'saying things and thinking about other people' cycle in a different order at some point,” Harmon wrote. The emphasis belongs on the “at some point.”

Neither Harmon nor his fans really want him to stop being a babbler first, apologizer second. Harmon’s immediacy is what makes Harmon Harmon. His rawness, his neediness, his tendency to overshare, his intense desire to bond with like-minded people is what separates him from other guys that make TV shows. There are other TV creators who have passionate fans (Joss Whedon, for example), but Harmon is uniquely open about wanting to connect and uniquely available to make those connections. Even when “Community” was on the air, Harmon was hugely active on Twitter and his blog, constantly in conversation, and not just with people who had nice things to say about his show. Since he left, he has found solace in the community of “Community” fans, taking Harmontown on the road.

Harmon’s openness is what draws people to him, but it has a flip side, which is that he is never closed: He cannot stop engaging. He needs the contact high even when it would be much, much better to be quiet. Harmon may feel remorse about crapping on writers he knows, or playing a nasty voice mail Chevy Chase left him to a roomful of strangers, but the restraint it would have required not to say anything about them in the first place — the restraint required to forgo all that delicious feedback — would feel worse.

“I want to clarify, I’m apoloblogging in an effort to counteract pain I caused other people,” Harmon wrote in his apology.  “Not because I think what I have to say is important.” This is the perfect example of what makes Harmon so frustrating right now: It is both totally honest and a total lie. In his private moments, alone with a computer, self-professed self-hater Dan Harmon may very well think that nothing he says is important, but then, every day, he goes out into the world and operates as if everything he says is important — or at least worth recording. Forget the digs at “Community" -- his most recent podcast contains a 10-minute monologue about the intricacies of his father’s VCR business and their relationship. The only thing worse than laying all his noodling on people, is if he’s laying it on people and he doesn’t even think it matters.

Harmon is an understated, nerdy exemplar of how fame messes people up — it forces them to keep two ideas of themselves, their personal and public personae, in sync. For the last year, Harmon has been living about as publicly and openly, emotionally anyway, as it is possible to do outside of the confines of a reality TV show, and he has been greeted everywhere by people who “understand” him, something that Harmon is especially gratified by. (He talks often about how the whole point of his work is to find people who want to engage with him, and won’t just turn away.) On the inside, Harmon may still see himself as an emotional basket case, an outsider who just wants a tribe, but he is also a grown man in a position of power with a passionate fan base who got his happy ending — or at least a chance to write one. There is a point where his self-conception has to jibe with reality or he’s just being a dick, imagining himself as so wronged he's making rape jokes and taking pot shots at junior writers and people less talented than himself just because he can.