"Naked and Afraid" not nearly as sexy as it promises 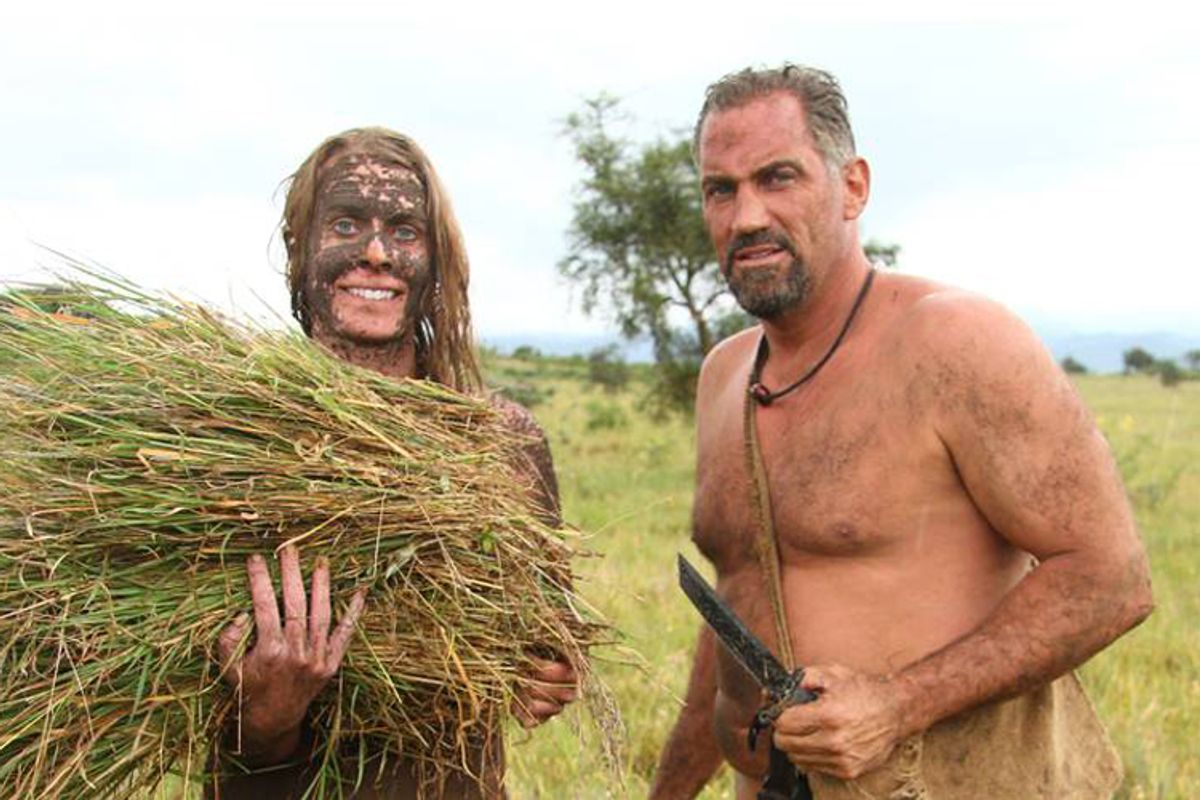 “Naked and Afraid,” the new reality show that premieres Sunday night on Discovery, would more honestly be titled “Cynical and Earnest.” The show takes two trained survivalists, a man and a woman, drops them into an extreme, unpopulated environment without food, water or shelter, and leaves them there for 21 days. The twist — or rather the reveal, pun intended — is that the participants are also naked.

“Naked and Afraid” is not, however, some Playboy bunny version of “Castaway.” It’s more like an extreme version of the parts of “Survivor” in which Richard Hatch took off all his clothes. On-screen nudity has rarely been less sexual, but it’s also rarely been used as brazenly to sell a show. Anyone coming to “Naked and Afraid" for titillation — or camp or absurdity or over-the-topness, all things suggested by the title and premise — will find, instead, a focus on the difficulty and spirituality of the experience. "Naked and Afraid" decidedly does not belong in the Hugely Exploitative Reality Show Hall of Fame, and I’ll admit, that with my lizard brain, I found this a little disappointing.

Each episode features a different pair of contestants in a different location. The duo doff their clothes, meet each other and head out into the wild. They almost immediately start treating each other’s nudity as a matter of course, not something to be embarrassed by or dwelled upon, and get down to locating water, food, warmth, as unabashed about their stuff as if they were in a pre-chomping on the apple of knowledge age. Private parts and breasts are blurred out, so unless you really have a thing for butts, there’s nothing to see here. As the days go on, the participants get filthy, tired, hungry, cranky and cold, drop weight, assemble loincloths, fall down, get bitten, avoid predators and go about the day-to-day business of living in the wilderness for three weeks with a stranger and a skeleton camera crew.

The circumstances seem genuinely grueling. In the episode I saw, which takes place in the Costa Rican jungle, a producer was bitten by a highly poisonous snake before the contestants even arrived, and a couple of shots of what the snake did to his foot are almost horror-movie explicit. There would definitely be a show here even if the participants were wearing clothes, which makes the fact that they are not seem like a stunt. The nudity is so immaterial to how they proceed -- what would have been the big deal about giving everyone a cotton shift that retained minimal warmth, except to the marketing department?

The title promises a rambunctious, ridiculous show, and that's not really what "Naked and Afraid" is. The contestants are so depleted and hypothermic (and, in some cases, unfriendly to each other) that for days they appear to just be sitting still, conserving their energy, or, maybe even having interior thoughts and experiences. Maintaining a fire, gathering wood, building a shelter, catching a turtle may be what's necessary for survival, but it doesn't make for the most scintillating reality show footage: This is why "Survivor" has contests and teams and politics. The experience looks very difficult, but also a little boring, which explains the need for the in-your-face title: “Filthy and Exhausted” just doesn’t have the same ring.