The creepy, kinky adaptation is sure to make some 15-year-old's summer 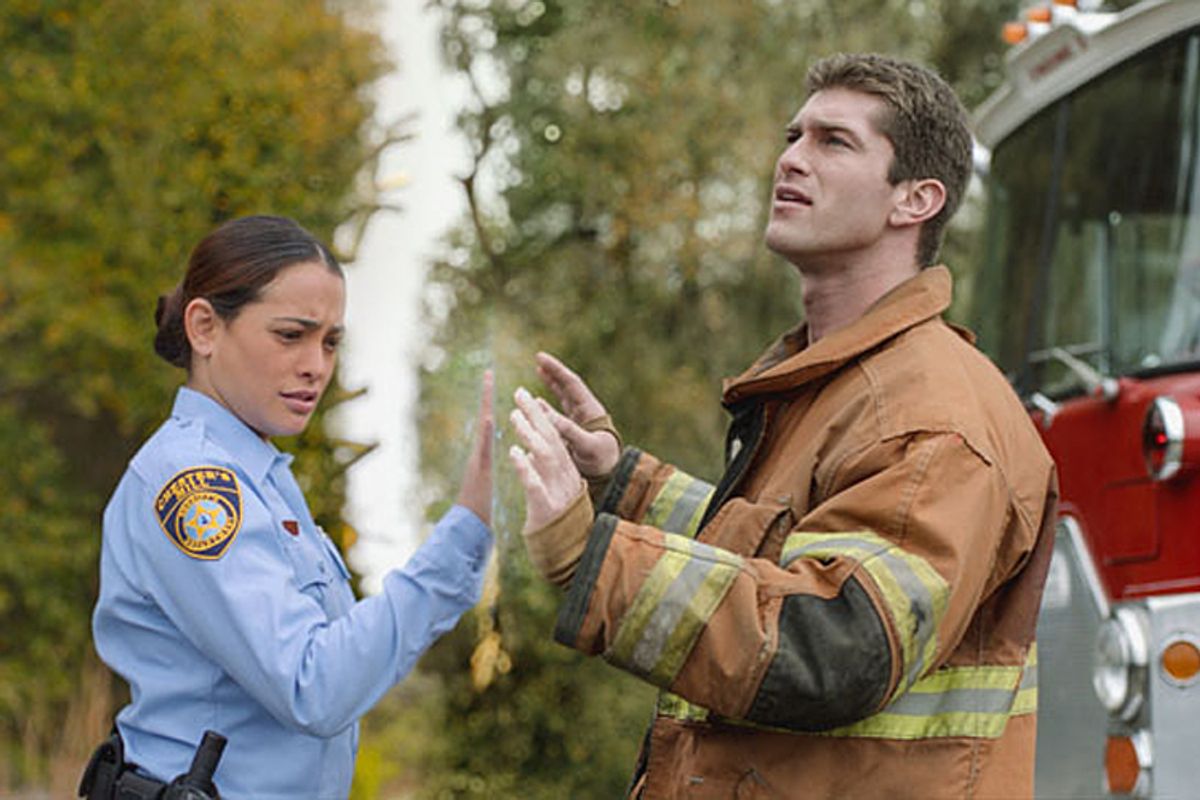 When I was a teenager, in the '90s, Stephen King miniseries were even more of a TV staple than they are today. Between 1990 and 1997, event adaptations of “It,” “The Tommy Knockers,” “The Stand,” “The Langoliers” and “The Shining,” among others, appeared on the major networks. Though I don’t remember all the plot details, I do remember how watching them, even just parts of them, felt: like the exact right amount of naughty.

For a teenager, these adaptations were perfectly illicit. Perverse, seedy and creepy, they had enough sex and violence to feel like something you didn’t want to watch with your parents in the room, but weren't so mature as to be totally overwhelming. (King’s books hit this balance too, which is why they are such a frequent entry point into adult fiction for teenagers.) This all flooded back to me with the power of a sense memory when I started watching CBS’s 13-episode adaptation of King’s “Under the Dome,” which premieres tonight and is absolutely going to make some 15-year-old’s summer. It's hard to say about the rest of us.

Based on King’s 2009 book of the same name, “Under the Dome” is about the small town of Chester's Mill, which suddenly finds itself trapped under a huge dome of unknown provenance and power, like marine animals abruptly sequestered in a giant fish bowl. When the dome comes crashing down, it slices up farm equipment, limbs, houses, cows and whatever else stands in its way. It’s transparent but rock solid. Airplanes and trucks crash into it. Radio transmissions and sound can’t go through it. Explosions don’t damage it.

The big question facing the inhabitants of the dome is not how they will get out, but how they can stay in.  Can they do it without destroying each other and the rule of law? Like the recently canceled “Last Resort,” “Under the Dome” seems positioned to be less about escape than society building (or destroying, as the case may be). How do panicked, isolated, and scared people respond to crisis and a power vacuum? Does tyranny or fairness prevail?

Because this is King, don't bet on fairness. Of the people trapped inside the fish bowl, there are an inordinate number of total creepers. Mixed in with the good folk — a steady, stable town sheriff, a well-meaning female reporter, a lesbian couple and their daughter, two adolescents left without their parents, the proprietor of an alternative radio station — are a hunk who is probably a good guy but has still surreptitiously killed and buried a man; a menacing, Churchill-reading city councilman (“Breaking Bad’s" Dean Norris) who has outsize personal ambitions and an eye on power; and his son Junior, a knife-flipping, prisoner-taking pure sociopath who is introduced to us while having sex with an almost uncomfortable amount of eye contact. Based on just one episode, it’s hard to tell how the series will unfold, but the mood, threatening, uneasy, a little kinky, is there, and that just might be enough.