"How to Make Money Selling Drugs": The war America keeps on losing 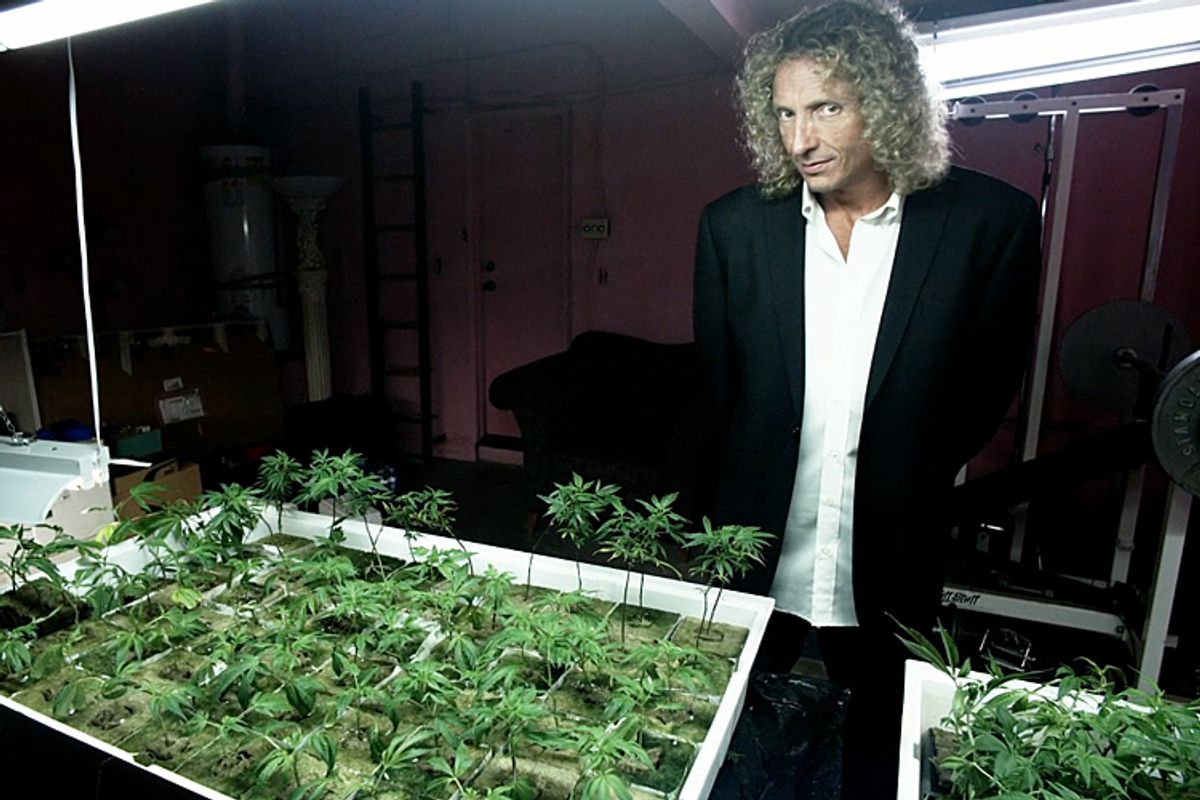 Despite its slick packaging and overtly facetious premise, director Matthew Cooke and producer Adrian Grenier’s faux-educational documentary “How to Make Money Selling Drugs” packs a wallop. While imparting lessons about the economic realities of the drug trade – a thriving, booming and ever-diversifying realm of entrepreneurial capitalism, in spite of the massively expensive attempt to shut it down – Cooke’s film reminds us that America’s destructive global misadventures of the last 20 years have a corollary that’s every bit as bad right here at home.

If anything, the “war on drugs” has been even worse and even stupider than the “war on terror,” although they’ve become so intimately interconnected in moral, technological and philosophical terms that it’s not like we get to choose. America’s police departments have been increasingly transformed into thousands of high-tech paramilitary squads, just as our overseas military operations have become ever more defined by special-forces ops and targeted assassinations. Seeing cops in middle-size heartland communities driving armored personnel carriers would almost be comical, if it didn’t so often lead to incompetent and illegal home invasions in which the wrong people are arrested, injured or killed. (Wrong-address police break-ins happen several times a week in the United States, according to an attorney seen in the film.)

As David Simon of “The Wire” puts it, old-fashioned investigative police work has been all but forgotten amid the institutional mania to enforce unenforceable laws against victimless crimes, mostly by swarming, entrapping or stinging drug dealers and drug users in black and brown neighborhoods. We are a society that “hunts down and incarcerates poor people,” Simon says, to the point where building and maintaining prisons has become a major job creator and economic engine (albeit a morbidly inefficient and destructive one). While Americans are just 5 percent of the world’s population, we house almost 25 percent of the world’s prisoners, making us No. 1 in something, anyway. As Arianna Huffington says in the film, either we are a uniquely evil people – and let’s not rule that out, prima facie! – or we have some uniquely awful laws and social policies.

It really shouldn’t be news at this point that the war on drugs has been a disastrous failure from every possible point of view. Journalists, activists, academics and documentary filmmakers have been making that case since the 1990s, and have increasingly been joined by those law enforcement officials honest enough to admit the pointlessness of the whole campaign. Public opinion begins to shift – and not all that slowly – on the relatively benign use of marijuana, on stop-and-frisk policing in urban neighborhoods and on discriminatory sentencing laws that send black crack users to jail for far longer than whites who snort powdered cocaine.

Anyone in any position of power who still supports the war on drugs today has either been corrupted by the unending flow of taxpayer billions, technological toys and bogus prestige – into local police departments, the FBI, the DEA, the Border Patrol and who knows where else – or is simply a coward. That accounts for the political elite in both parties, which with only a handful of exceptions has continued to fund the militarization of police work at an accelerating rate. Democrats may be less willing to talk tough or be perceived as racist than Republicans are, but Bill Clinton pursued the war on drugs just as avidly as either President Bush, and Obama has not notably slowed things down.

But it’s going to take large-scale publish pushback to set national drug policy on a more rational footing, and that’s where an entertaining, anecdotal package like “How to Make Money Selling Drugs” comes in, which apparently cashes in on producer Grenier's access to celebrities. (He was the star of HBO's "Entourage" for seven seasons.) We hear rapper 50 Cent expounding eloquently on his teenage career as a drug dealer – as a parentless child with few mentors and little formal education but considerable entrepreneurial skills, it was a natural fit – and Eminem talking about his near-fatal struggle with drug addiction (to legal pharmaceuticals, as it happens). Calling on other commentators from Simon to Woody Harrelson to hip-hop mogul Russell Simmons to Susan Sarandon, and an assemblage of real-life current or former drug dealers – L.A. legend Freeway Rick Ross is one of the few who is named – Cooke outlines a video-game-style career path, from the low-level and high-mortality job of street dealer all the way up to Escobar-scale kingpin.

Many of these people have amazing stories to tell, and are frankly lucky to be alive. These days Rick Ross has reinvented himself as a sober and thoughtful activist-intellectual type who favors jeans and a T-shirt, and lacks any visible bling or attitude – but maybe that’s the personality that enabled him to control a drug-wholesale empire that sometimes grossed $3 million a day. Brian O’Dea looks like the sunburned Sun Belt uncle who might take you fishing and introduce you to tequila, but during his heyday he sometimes earned $50,000 a day running drugs from the Caribbean into Florida or from Southeast Asia into the Pacific Northwest. Both of those guys have done time in prison and rebuilt their lives, and it’s entirely too appropriate to note that Ross, who is black, served 13 years while O’Dea, who is white, barely served two.

Does the drug trade produce all kinds of corollary crime and violence that is not victimless? Definitely. Do drugs like cocaine, heroin and crystal meth have negative public health consequences? Of course. But to state what should be glaringly obvious to anyone who’s not a total idiot, alcohol and tobacco have devastating effects on public health, almost certainly worse than all the illegal drugs put together. Regulation, heavy taxation and stigmatization have done a reasonably good job of reducing the harm from smoking. Our society remains confused about where to draw the line on alcohol abuse and how to educate young people, but at least vigorous DWI laws have stemmed the most obvious tide of booze-fueled death.

As Cooke’s film points out, cocaine and heroin were legal until our society went Prohibition-happy in the early 20th century, at least partly out of fear that such drugs encouraged white women to copulate with “Negroes and entertainers.” But the argument against the legalization or decriminalization of all drugs isn’t much more sophisticated than that today. Is it possible that in such an environment some goody-two-shoes honor student in Kansas gets hooked on coke who would never otherwise have tried it? (As opposed to the Jägermeister that person is likelier to consume today.) I guess so, but the larger point is that any negative consequences of legal drugs cannot possibly equal the social devastation and moral and financial bankruptcy of the drug war. We’ve spent hundreds of billions of dollars to transform our police departments into extralegal terror squads and our society into a prison-state whose apartheid policies are largely invisible to the middle class, and are no less vicious because they’re not written down. All in the name of a Prohibition policy that, to quote former Baltimore cop and Maryland state trooper Neill Franklin, is bad for public safety and will never work.

“How to Make Money Selling Drugs” opens this week at the IFC Center and MIST Cinema in New York, the Plaza Theatre in Atlanta, the Downtown Independent in Los Angeles, the Hollywood Theatre in Portland, Ore., and the Northwest Film Forum in Seattle. It opens July 2 in Miami; July 5 in Denver and Columbus, Ohio; and July 12 in Chicago, Louisville and San Francisco, with other cities to follow. It’s also available on-demand from cable, satellite and online providers.