Pick of the week: The mind-blowing black punk band from 1974 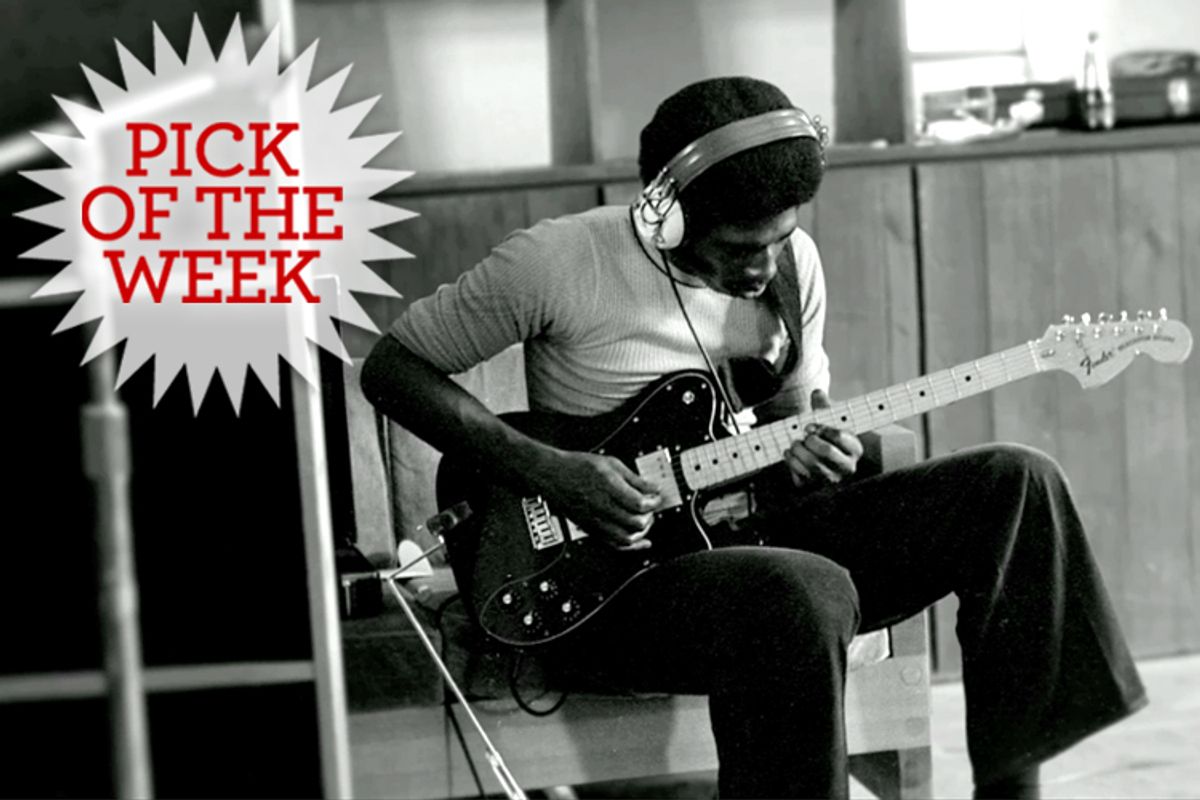 We already know about the economic and political history of Detroit as the home of the most iconic American industry, the site of the most extreme urban decay in the country and ground zero for 21st-century DIY urban homesteading. We also know about the Motor City’s unique importance in American pop-culture history as the birthplace of Motown, a breeding ground for house and techno music, and the town that produced Iggy and the Stooges, the MC5, Eminem and Kid Rock. (OK, never mind about Kid Rock.) Last year’s Oscar-winning documentary “Searching for Sugar Man” told the strange but true story of Rodriguez, the Detroit-born Latino singer-songwriter who became a huge star in South Africa without even knowing it. Given all that discord, ferment, chrome and vitality, we shouldn’t be surprised to learn that three African-American brothers in Detroit created punk rock before it actually existed. Next you’re gonna tell me that sex, marijuana and the movies were invented in Detroit too.

OK, it might be exaggerated musical shorthand to describe Death, the band founded by Bobby, Dannis and David Hackney in 1974, as “punk rock.” You could more accurately classify their seven-song demo tape – released 35 years later by Drag City Records as the album “For the Whole World to See” – as garage rock or proto-punk, clearly influenced by the environment of early-1970s arena rock but looking forward to the “faster, louder, shorter” aesthetic of punk that didn’t quite exist yet. (Still, the 2009 New York Times article by Mike Rubin – an expert in all things Detroit – that put Death back on the map was titled “This Band Was Punk Before Punk Was Punk.”) Whatever term you want to use, there’s a peculiar time-machine quality to Death’s music, along with a confidence and belligerence that definitely suggests the sounds that would emerge from New York, London and L.A. a few years later.

As Bobby and Dannis – now genial, dreadlocked men in late middle age -- tell filmmakers Mark Covino and Jeff Howlett in the moving, fascinating and far too weird to be fictional documentary “A Band Called Death,” the anger in their music was at least partly directed at neighbors and family members who wanted them to stop making such an unholy racket and abandon their mystifying passion for “white boy music.” Indeed, other than saying that there’s no accounting for taste and that the varieties of human experience are endless, there’s no particular explanation for why David Hackney, the bandleader and guitarist, jumped into rock with such eagerness. The Hackneys were preacher’s kids, devout Christians raised in a classic working-class black neighborhood. They didn’t have white friends or go to a white school or anything; they must have stuck out at concerts by Alice Cooper and the Who.

That too makes it seem as if David Hackney was a time traveler from the future, sent to drag America toward a new reality. Today, where I live in New York City and lots of other places too, it’s entirely normal for African-American kids to be into such previously white-coded realms as skateboarding, metal or hardcore along with (or instead of) R&B and hip-hop. As I understand it, the annual AfroPunk Fest in Brooklyn is currently considering spinning off an Afro-Metal festival (and if you’ve been yearning to see a documentary about the death metal scene in Angola, here it is.) But in 1974, forming a hard rock band in a neighborhood where almost nobody wanted to hear them play was definitely a form of rebellion. The first Hackney brothers band had been called Rock Fire Funk Express, more or less in an Earth Wind & Fire vein. But David Hackney’s passion was to play guitar like Jimi Hendrix and Pete Townshend, and he told his brothers (somewhat to their discomfort) that their new band was going to rock hard and be called Death.

Seeming anomalous both within their own community and in the largely white rock world wasn’t what killed Death. That might have been an opportunity, as it was for Hendrix and, a few years later, for Washington hardcore pioneers the Bad Brains. The problem was the name. Legendary Detroit producer Don Davis immediately saw the band’s talent and potential, even though he had little experience with rock, and Clive Davis, then the president of Columbia Records, helped fund the demo recording. But he wanted the group to choose a less challenging monicker, and that was where David Hackney drew the line. Bobby (who played bass and sang lead) and Dannis (the drummer) ruefully admit today that they’d happily have changed the name in a heartbeat for the prospect of an actual recording contract. But for David the name was integral; it was linked to a spiritual and philosophical concept that underlay the whole band, and was a tribute to their late father.

That name seems completely innocuous by today’s standards, and even in 1974, the real issue may have been that Clive Davis wasn’t the right guy to see what was coming. Death were never going to be a platinum-selling arena act, but they could have had a long career and a solid following, like the Bad Brains or the Ramones. By the early 1980s, there were American punk bands called Fear and the Germs and the Dead Kennedys, not to mention MDC (which stands for Millions of Dead Cops). In 1987, the unrelated metal band called Death released its first album, “Scream Bloody Gore.” (They went on to sell something like 2 million albums worldwide.) If the Hackney brothers had stuck it out just a few more years, or had moved to the East Village or Hollywood or Austin, Texas, their target demographic would have thought the music, the concept and the name were awesome.

But let’s remember that the Hackneys were religious kids from a black neighborhood in Detroit; they’d listened to a lot of rock records, but it’s not clear from “A Band Called Death” that they even knew about the punk scenes in New York or L.A., or not until it was too late to make any difference. So almost nobody heard their music and they moved to Burlington, Vt. – I know! This was like the fourth time in this movie when I said aloud, “You have got to be kidding me!” – where local folks didn’t like the name too much either. They remade themselves into a Christian rock band called the 4th Movement (anticipating another trend, arguably) and released two albums before David gave up and went back to Detroit. Bobby and Dannis stayed in Vermont and became the leaders of a reggae band called Lambsbread, a longtime staple of the East Coast summer festival circuit. David started drinking heavily and suffered from poor health, dying of lung cancer in 2000. End of story.

Except not quite, or actually not at all. Unbeknownst to the Hackneys, the single they’d self-released in 1975 in Detroit, and barely been able to give away, became a valuable collector’s item over the years, selling on eBay in the 21st century for as much as $800. The songs on it (“Politicians in My Eyes” b/w “Keep on Knocking”) spread widely among music buffs in the Internet era, appeared on punk anthologies and started showing up on hipster nightclub playlists, which is basically how Bobby Hackney’s son Bobby Jr., a musician in San Francisco, first heard it, recognizing the lead singer’s voice as oddly familiar. He got to make a phone call that went something like this: “Dad? Were you in some crazy band back in the ‘70s?”

Before his death, David Hackney had stashed the Death master tapes in Bobby Sr.’s Vermont attic, insisting that someone would come looking for them one day. I suppose, since he actually was a time traveler from the future, that he knew what was going to happen: The album was released more than three decades after it was recorded, the surviving brothers would play a Death reunion tour (with guitarist Bobbie Duncan in David’s stead) and Bobby’s three sons would form a Death-inspired band of their own. And then would come this generous, spirited documentary, to capture one of the strangest and most inspiring of all family stories of tragedy and triumph that this crazy country has produced.