She claims she was ignorant of the Turkmen leader's alleged human rights abuses. She couldn't just Google? 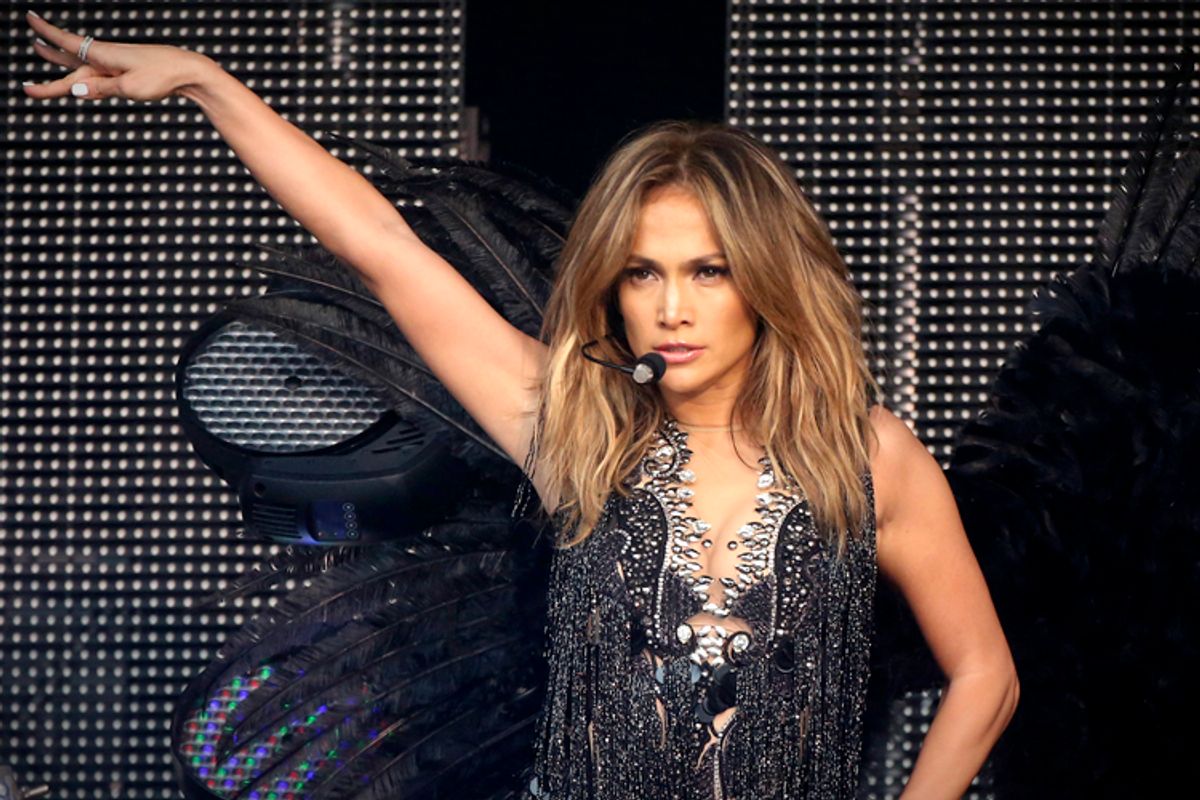 How did you spend your Saturday night? If your name is Jennifer Lopez, the answer is: wishing a happy birthday to the leader of a country known as "among the most repressive in the world."

Lopez was performing over the weekend in the small Soviet bloc country of Turkmenistan at an event hosted by the China National Petroleum Corporation. It was there that she, in the words of her publicist, "graciously obliged" a request to serenade the birthday boy, president Gurbanguly Berdimuhamedow. "It was our pleasure. And we wish you the very happiest birthday," she said at the time. A Human Rights Watch report from just this past April cited the country's "high levels of repression," "harassment and intimidation of journalists" and "longstanding use of imprisonment as a tool for political retaliation." It did not, however, mention any predilection for Pitbull collaborations. On Sunday, Human Rights Foundation president Thor Halvorssen said that Lopez's actions "utterly destroy the carefully crafted message she has cultivated with her prior involvement with Amnesty International's programs in Mexico aimed at curbing violence against women," and asked, " What is the next stop on her tour, Syria? The dictator of Kazakhstan's birthday is July 6, maybe she will also pay him a visit?"

If you have the budget, plenty of stars are available for your private entertainment. For a million or so buckets, you can hire the Black Eyed Peas or David Copperfield or Tiger Woods for your next event. If you have more modest means (and you're hosting a nineties-themed event), you can get Eric Bogosian or 2 Live Crew.

The hard truth is that plenty of us have a certain amount of blood on our hands. As a garment factory fire in Bangladesh last year painfully illustrated, the clothes we buy at Walmart and Sears are often created under conditions of "unpardonable negligence." The US engages in questionable human rights  practices all across the world. But few of us are getting rich off doing a little song and dance for whatever repressive regime is paying top dollar at the moment. And if you're going to take the check, shouldn't a so-called artist take a moment to figure out who's writing it? Lopez's publicity team said Sunday that "had there been knowledge of human rights issues of any kind, Jennifer would not have attended." Ah, yes, if only there had been some way that she could have known about this ahead of time! She's come a long from the Bronx to Turkmenistan, but along the way, apparently Jenny from the Block and her staff have yet to discover Google.