We support cancer survivors, but people who attempt suicide (like Paris Jackson) are often mocked and shamed 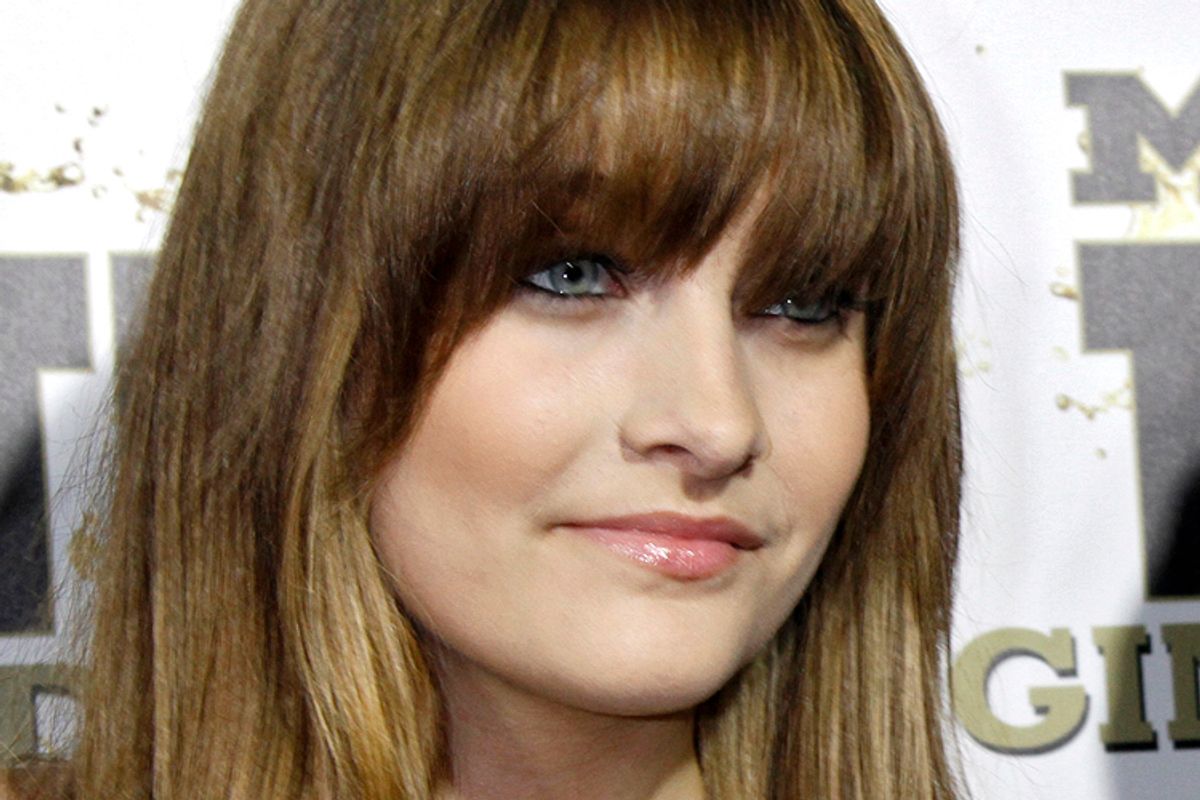 We often call people who have lived through extreme experiences "survivors." We bandy around the word with a promiscuous generosity, applying it not just to those who've endured deadly diseases and harrowing accidents and military combat and vicious crimes -- we apply it liberally to those who've made it through potentially unsettling diagnoses and Catholic school. But there's a class of individuals who've been in that dangerous place between life and death who don't get a lot of celebratory annual dinners or 5K fun runs, who don't have rubber bracelets or ribbons proclaiming their tenacity. Instead, they're too often shrouded in shame and silence. They're suicide attempt survivors.

Every 60 seconds, someone in this country tries to end his or her life. It's estimated that 19 out of 20 people who attempt suicide fail – but they are far likelier to succeed when they try again. That population of people who've tried to kill themselves is a unique and disparate one. Some of its members are only still here reluctantly, biding their time until the next opportunity. Others have moved on and put their past attempts behind them. But few of them are granted the supportive openness that survivors of other life-changing events receive.

It's ironic that people who successfully commit suicide are often romanticized as tragic heroes or the stars of poorly thought out fashion spreads, while those who survive attempts frequently wind up bullied -- or conspicuously ignored. To have a history of being suicidal – and the addiction/depression/bipolar disorder/post traumatic stress that may have accompanied it – is still seen as shameful or, perhaps even worse, as no big deal. Note, for example, how Paris Jackson's own family dismissed her recent hospitalization as "an overreaction" and said that she just needs "to learn there are certain guidelines when you grow up." But here's the thing -- if you ever think it's even remotely acceptable to give an individual crap for trying to end his or her life, just remember, that how Joseph Stalin rolled.

Two years ago, JD Schramm gave a TED talk on the need for "breaking the silence" for suicide attempt survivors. In it, he talks about how there are "Very few resources available to someone who has attempted to end their life," and notes, "Because of our taboos we're not sure what to say … and that furthers that isolation." His talk has been viewed nearly half a million times.

"Why is it important to talk about these things?" says Cara Anna,journalist and creator of the Talking About Suicide blog. "Because we're not talking about them and we don’t talk about them. Or people say, 'Oh come on, if you really wanted to do it, you'd have killed yourself by now. What is that, a challenge? And then we're surprised when someone goes through with it." After trying twice to commit suicide while she was living and working in China, Anna felt isolated, and decided to start interviewing fellow survivors to tell their side of the story. "I came off my experiences and thought, it didn't really work about being secret about this," she says, "so I'll get inspiration from others who've been through it. "

Fortunately, our understanding of suicidal behavior is slowly beginning to change. The National Suicide Prevention Lifeline, for instance, offers "Help for Attempt Survivors," including  the American Association of Suicidology's survivorship site. And the powerful Live Through This project assembles portraits and interviews with survivors, creating an intimate, deeply human tapestry of experiences. As a mother of four who made five attempts in six months says, "Nobody knows what to do with you after you survive. Nobody knows how to explain things to my family. No, it wasn’t an act of attention-getting." But she adds, "I kind of feel like if just one person hears me say that that day will pass, it will pass, and the next day is better. If just one person hears that, that’s all that matters."

That's why dialogue is so healing. When actor Stephen Fry opened up last month about his 2012 attempt -- he has been candid in the past about his previous ones – it was yet another welcome moment of illumination on a topic that is still too rarely discussed. "For as long as I can remember," he said at the time, "The thought of ending my life came to me frequently and obsessively," adding, "The episode, plus the relationship I now have with a magnificent psychiatrist, has made my mental health better, I think, than it's ever been." Writer Alastair Campbell further fueled the conversation when he pointedly asked on Twitter, "To those asking what @stephenfry has to be depressed about, would you ask what someone has to be cancerous, diabetic or asthmatic about?"

Yet for many, the fear of stigma, the shame, the silence remains. "Suicide can affect anybody," says Cara Anna. "One thing I hope we're doing is telling people that you can have this experience and it doesn’t mark you forever. You can move on and you can also talk openly about it and go on to be a lawyer, a therapist, an artist. I never saw those examples after my attempt. We need to build a community of people who say, I got through this. We need be more willing to talk to about it. Because we're not talking."